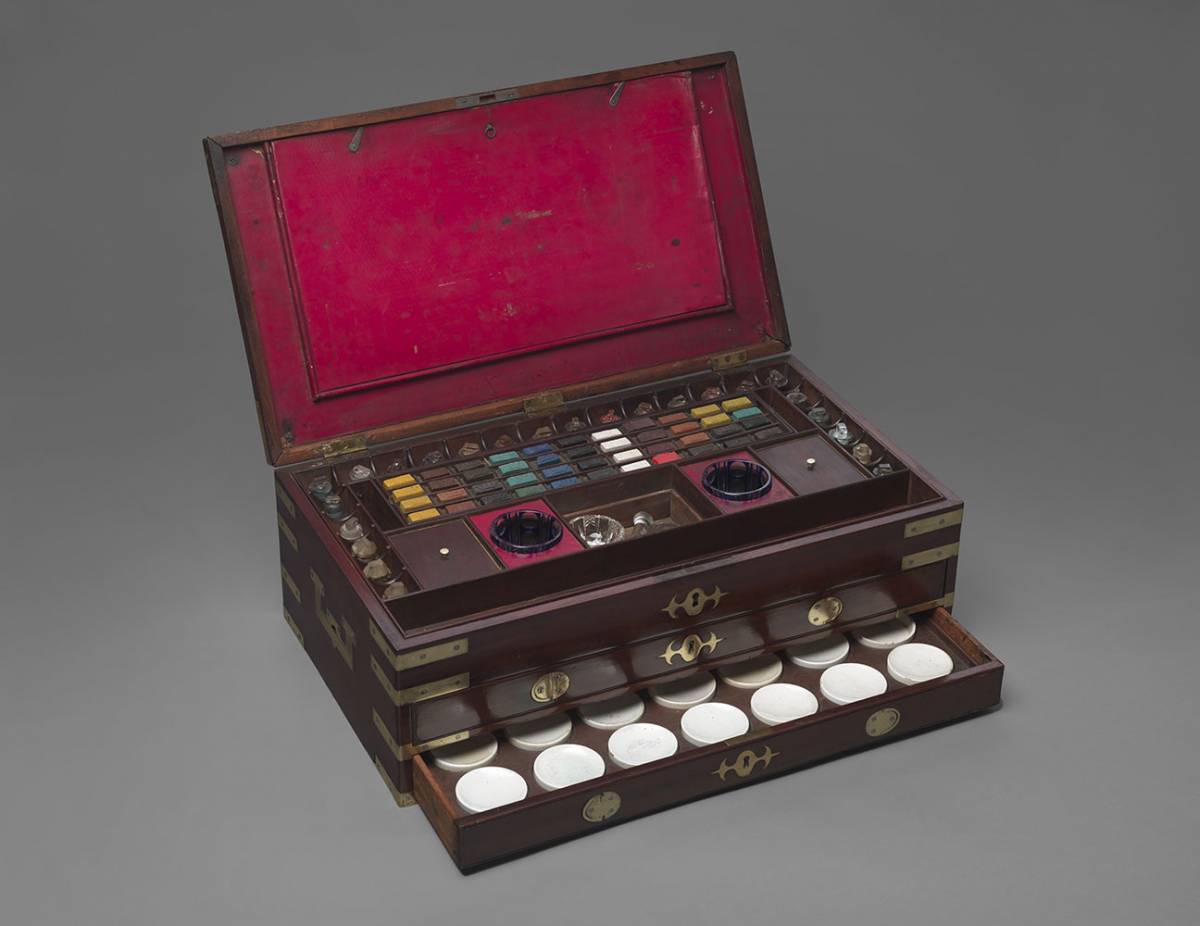 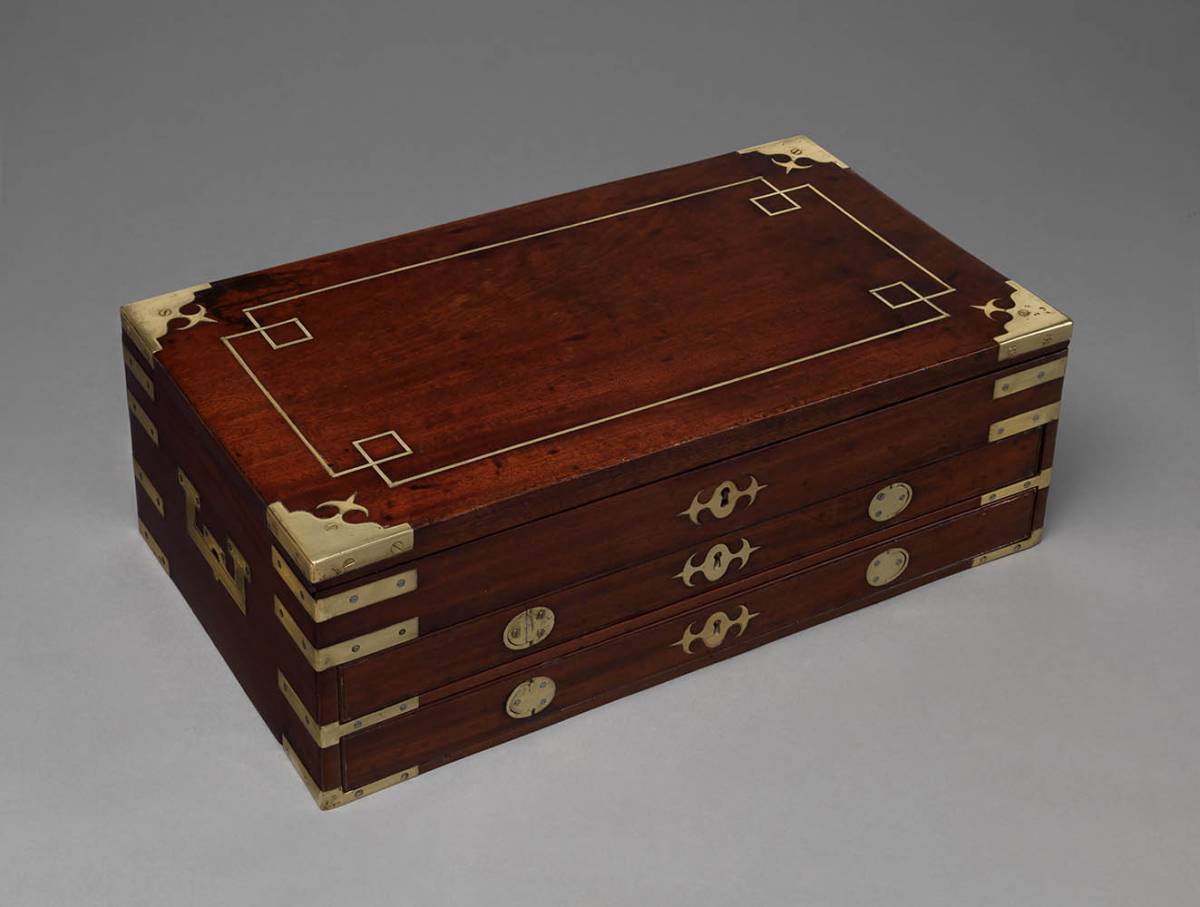 This spectacular watercolour box was manufactured by the leading artists’ suppliers, Reeves & Inwood, it was made in around 1800 and preserved in immaculate condition. This deluxe example of a watercolour box almost certainly belonged to a wealthy amateur, rather than a professional artist. The unusually well preserved label identifies the box as having been manufactured by: Reeves & Inwood. William Reeves was a colour manufacturer who lived in Islington he took John Inwood as an apprentice in September 1787 and then into partnership by 1796 when they advertised their products, they had ceased to trade by 1816. The present box can be dated fairly accurately to between 1796 and sometime before 1816. On the trade label, Reeves & Inwood are described as: ‘Superfine colour preparers’ and listed as having premises at 299 Strand. The label depicts a ‘Blue Coat Boy’, or pupil at Christ’s Hospital, which had a long tradition of appointing drawing master’s throughout the eighteenth century, including members of the Lens family of miniaturists and Alexander Cozens who was appointed in 1749.

The label also lists Reeves & Inwood as the winners of a ‘Bounty’ from the Society for the Encouragement of Arts, Manufactures and Commerce for ‘their invention of superfine water colours in cakes’. In 1781 Thomas and William Reeves submitted a box containing watercolour in cakes to the Society for the Encouragement of Arts, Manufactures and Commerce. The society referred the cakes to a panel of artists for assessment, and their comments were enthusiastic as the cakes of colour were more economical to use than anything previously marketed and the chemical composition of the pigments was markedly an improvement on those of existing products. The portability of Reeves’s new watercolour cakes made them ideal for artists who wanted to take them on tour and to work out of doors, en plein air. It is notable that George Raper, the First Fleet artist who recorded the flora and fauna of newly settled Australia, travelled with a Reeves box. Our example is well preserved with a good set of period watercolour cakes and an amazingly complete set of internal fittings.