The study relates to a series of prints Mortimer made in 1763 after seventeenth-century paintings in the collection of the Duke of Devonshire.

The seated river god in the lower half of this drawing is taken from Nicholas Poussin’s painting, The Shepherds in Arcadia which Mortimer engraved for John Boydell. This sheet shows the ways in which the young Mortimer absorbed motifs gleaned from earlier paintings. Whilst the figure in the bottom of the sheet is taken directly from Poussin’s composition, the figure in the top half of the sheet shows a personification of the Nile in the form of a river god and sphinx. Mortimer was at this date working on a number of significant historical projects in which muscular male figures appear prominently and this sheet is typical of his combination of direct quotation and imaginative invention. 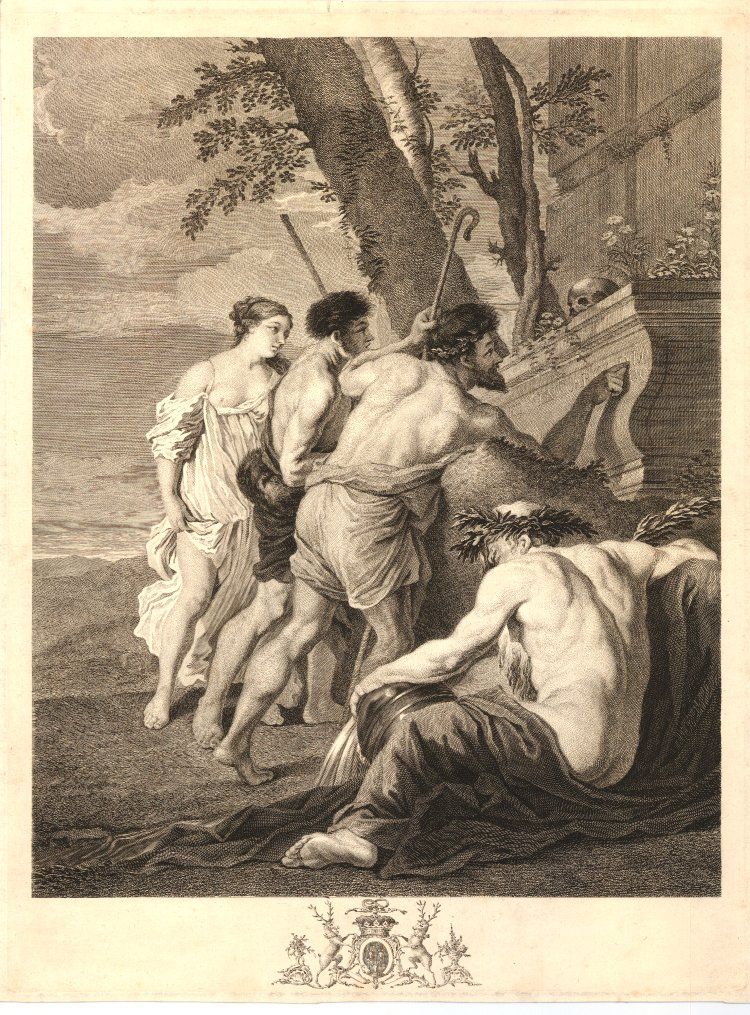