This sheet shows studies of two seated river gods and a male nude. Although clearly unfinished, there is evidence that this kind of informal sheet of drawings was admired by contemporaries.

Mortimer’s friend, Samuel Ireland, published a series of etchings after drawings by Mortimer, three of Ireland’s prints specifically show fragmentary sketches of river gods such as this. 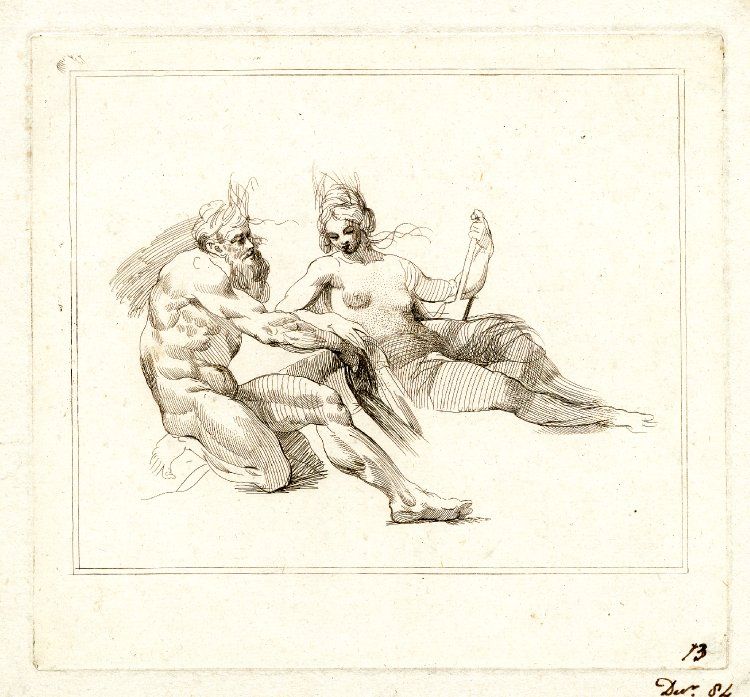