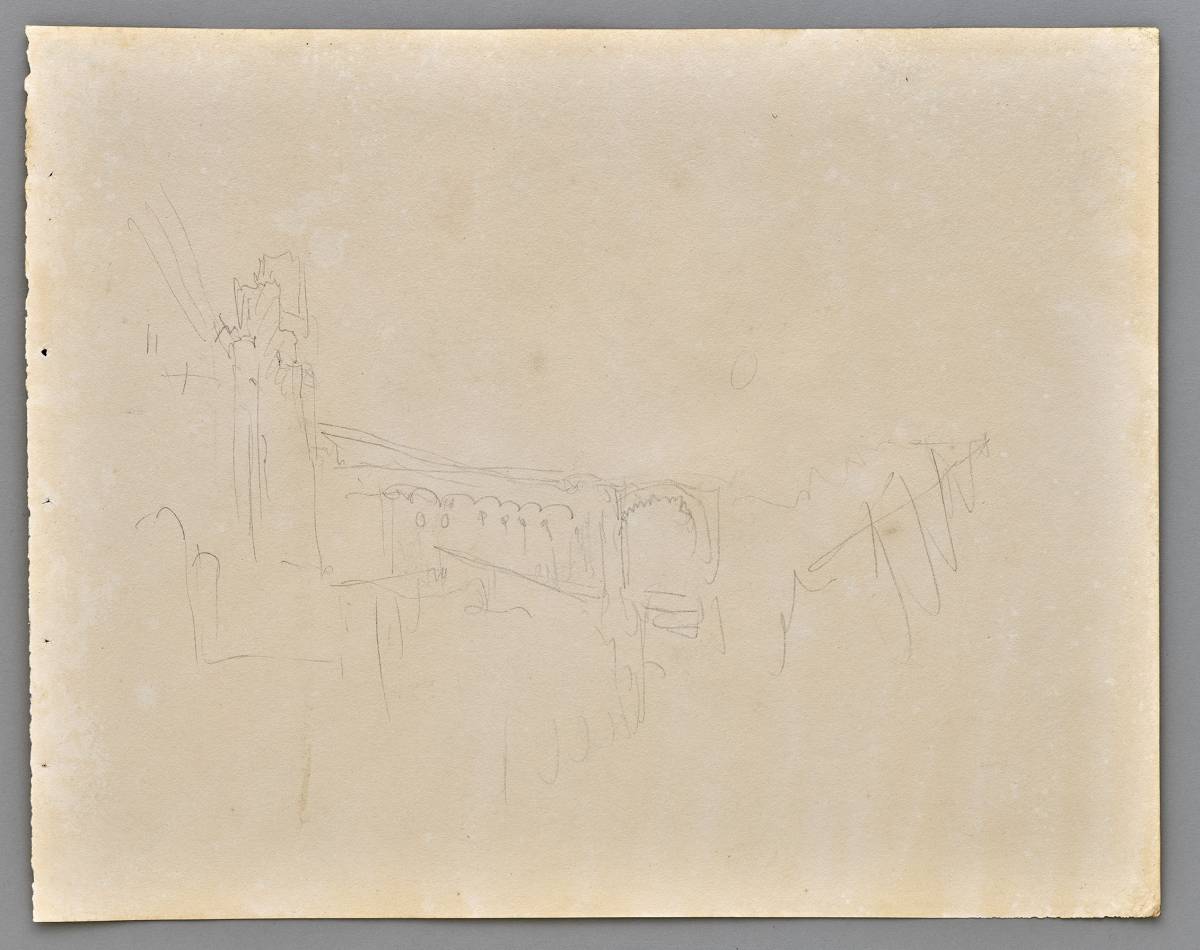 This study appears to show the East end of Canterbury Cathedral and reminds us that Turner had spent some years as a young artist carefully producing architectural drawings that showed an antiquarian fidelity to the details of the buildings depicted. Turner had exhibited a number of finished watercolours of Canterbury Cathedral in the 1790s and so the building and its precincts were intimately familiar to him. This sheet shows Turner's ability to capture a complex building rapidly using his distinctive late shorthand. As Andrew Wilton has observed, Turner's: 'curiosity about the world was vast: on any given journey or tour he set himself the aim of observing and recording a huge amount of information. 'Every glance', he said, 'is a glance for study.' For this reason alone he needed an efficient shorthand, and that is effectively what his sketches are.'