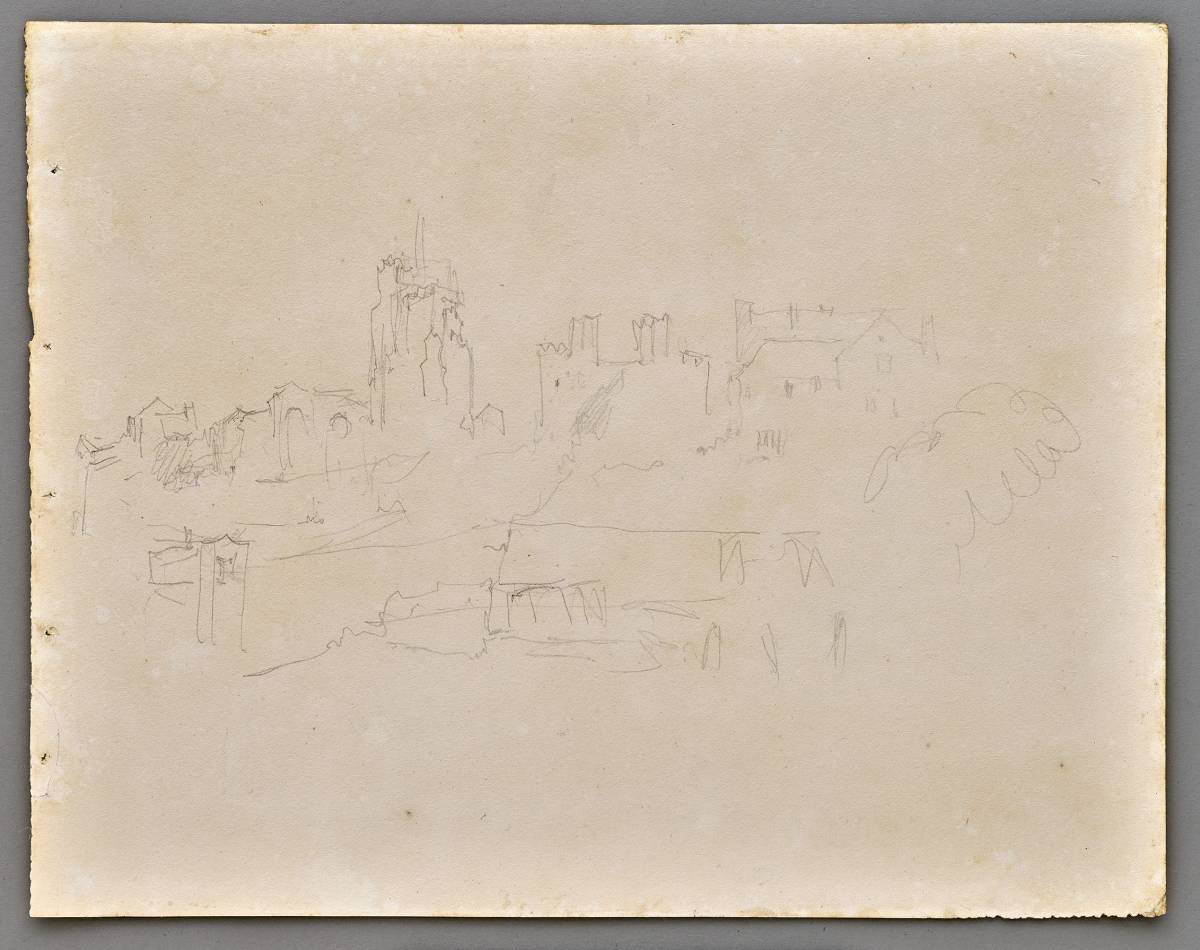 This study shows a prospect of Maidstone seen across the River Medway. In describing a sketchbook Turner used on a Dutch tour in 1825, Andrew Wilton has pointed out that 'to turn the pages... is to tread the streets... the lines of houses, the squares and bridges, opening up to the view one after another and admitting glimpsed perspectives of turnings to right and left.' That sense of sequential views is particularly apparent in the three views of Maidstone from the Canterbury, Rochester and Maidstone sketchbook included in this exhibition. Turning the pages, Turner gradually shifted his view, moving further to the north along the river and in so doing gradually moving closer to the town itself. The familiar outline of All Souls church becomes more prominent and Turner's abbreviated lines capture more of the complex architecture of the western tower. In this view Turner has eliminated the Bishop's Palace, which sits too far to the south. In this way, we gain a fascinating insight into Turner's ability to extract both topographical and architectural detail of a fleeting view and record it rapidly on the page in such a way as to present a complete composition. A fourth view of Maidstone made closer to the town and showing All Souls almost parallel to the viewer which is possibly the first drawing in Turner’s sequence survives in a private collection.