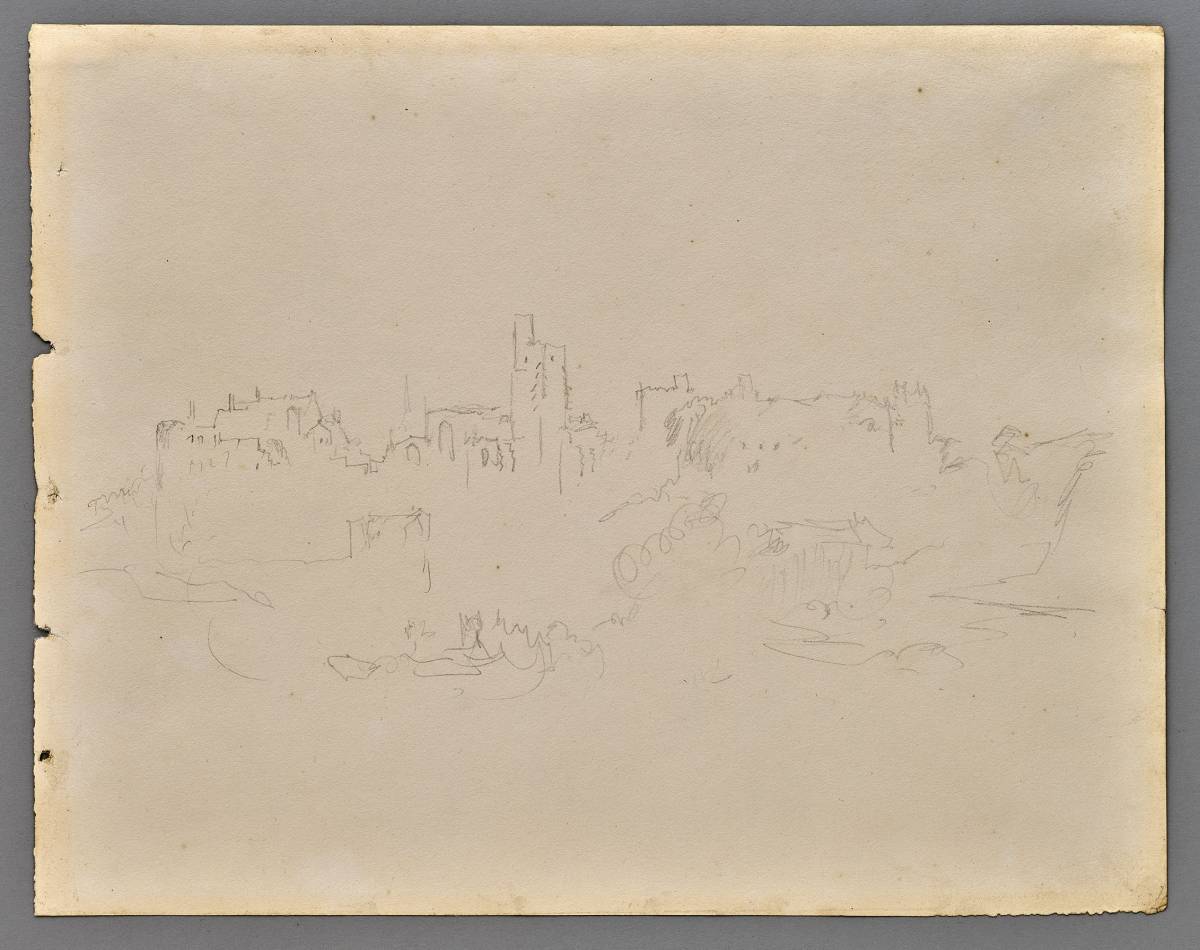 Three sheets from the Canterbury, Rochester and Maidstone sketchbook show views of Maidstone seen from across the Medway. In each, Turner has focused on the distinctive mass of All Souls church, with its recognizable profile, showing the east-end window, wide low aisles and perpendicular tower. To the left, Turner has carefully described the mass of the medieval Bishop's Palace, whilst a band of paper with only a few cursory marks - such as the corkscrew line - suggests the vegetation at the river's edge. The three consecutive sheets show Turner's ability to faithfully record architectural details - such as the buttressing on the tower of All Souls church - whilst creating a carefully structured composition. This is one of the freshest of the sheets from the Canterbury, Rochester and Maidstone sketchbook, demonstrating Turner's ability at selection. As Wilton has noted: 'Turner's sure instinct for what it was necessary to express in line and what could be  omitted, or left to his memory to supply, results in drawings that unerringly group and compose, or more accurately suggest compositions.'