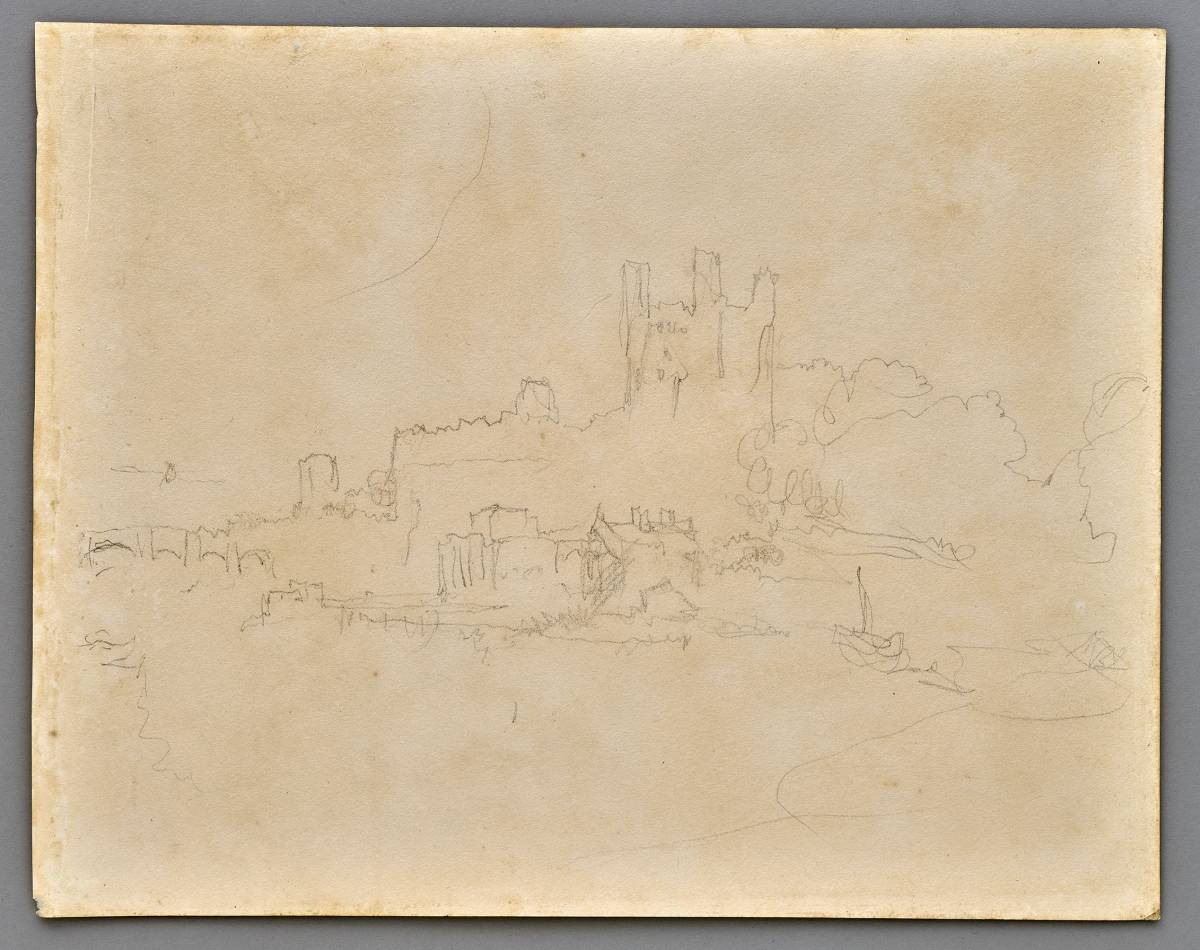 This incisive drawing shows a view across the Medway at Rochester, with the distinctive mass of the Norman castle in the centre and the arches of its bridge to the left. Turner made frequent visits to Rochester throughout his career and he made numerous studies of the town from the banks of the River Medway. A sketchbook in the Turner Bequest, known as the Medway sketchbook, used by Turner in 1822, is filled with depictions of craft on the busy river. In the present study, Turner has suggested a single mast boat and indicated a row of boats moored on the left of the sheet. Turner captured the medieval bridge on the brink of its destruction, in the 1850s a cast iron structure was constructed to support the railway. This page is particularly fluidly handled, Turner has reduced the mass of vegetation beneath the castle to a single, corkscrew line, whilst he has used amazing economy to suggest the spatial relationship of the town and the river. This is Turner’s sketching shorthand at its most mature.