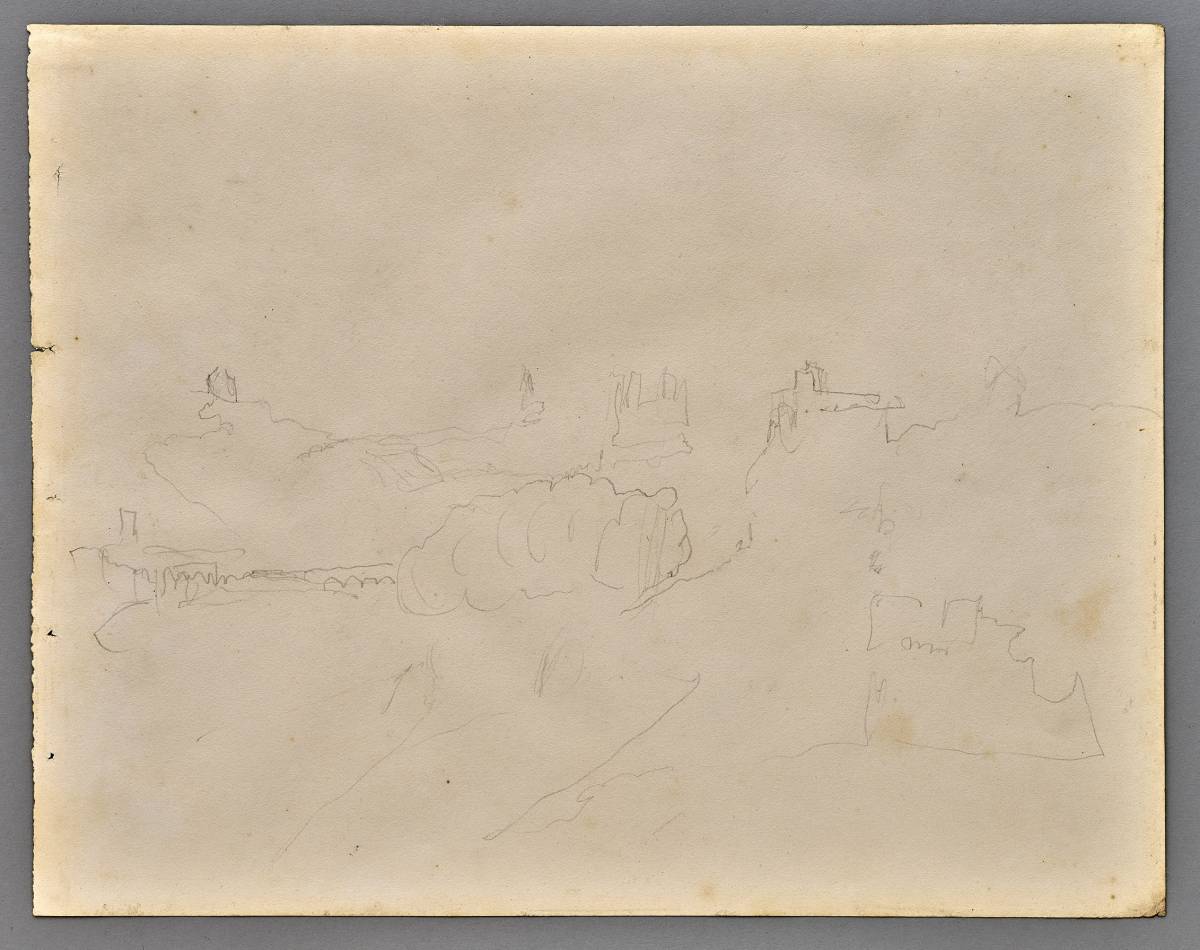 This fleeting study shows a distant view of Rochester and probably forms one of the first sheets in the Canterbury, Rochester and Maidstone sketchbook. Turner knew the city extremely well having made numerous sketches of its distinctive skyline, with its Norman castle and squat Norman cathedral perched above the Medway. The Medway Sketchbook of 1820, preserved in the Tate, contains numerous studies of river craft at Rochester, including hay-carrying Thames barges, prison hulks, sailboats and ketches. Turner made a finished watercolour based on the studies in the Medway sketchbook in 1822, it was published in mezzotint by Thomas Lupton in 1824. The present sheet shows Turner, the mature artist, capturing a fleeting impression of a familiar view. This familiarity allows Turner to reduce the spire of the cathedral, visible in the center of the composition, to a descriptive squiggle. Turner shows the bridge over the Medway as a series of rapidly drawn arches, whilst the shoreline in the foreground is captured with a single, wandering line of pencil underscoring the conclusion of Andrew Wilton that in such studies 'the whole view comes to life in this vividly pregnant shorthand.'