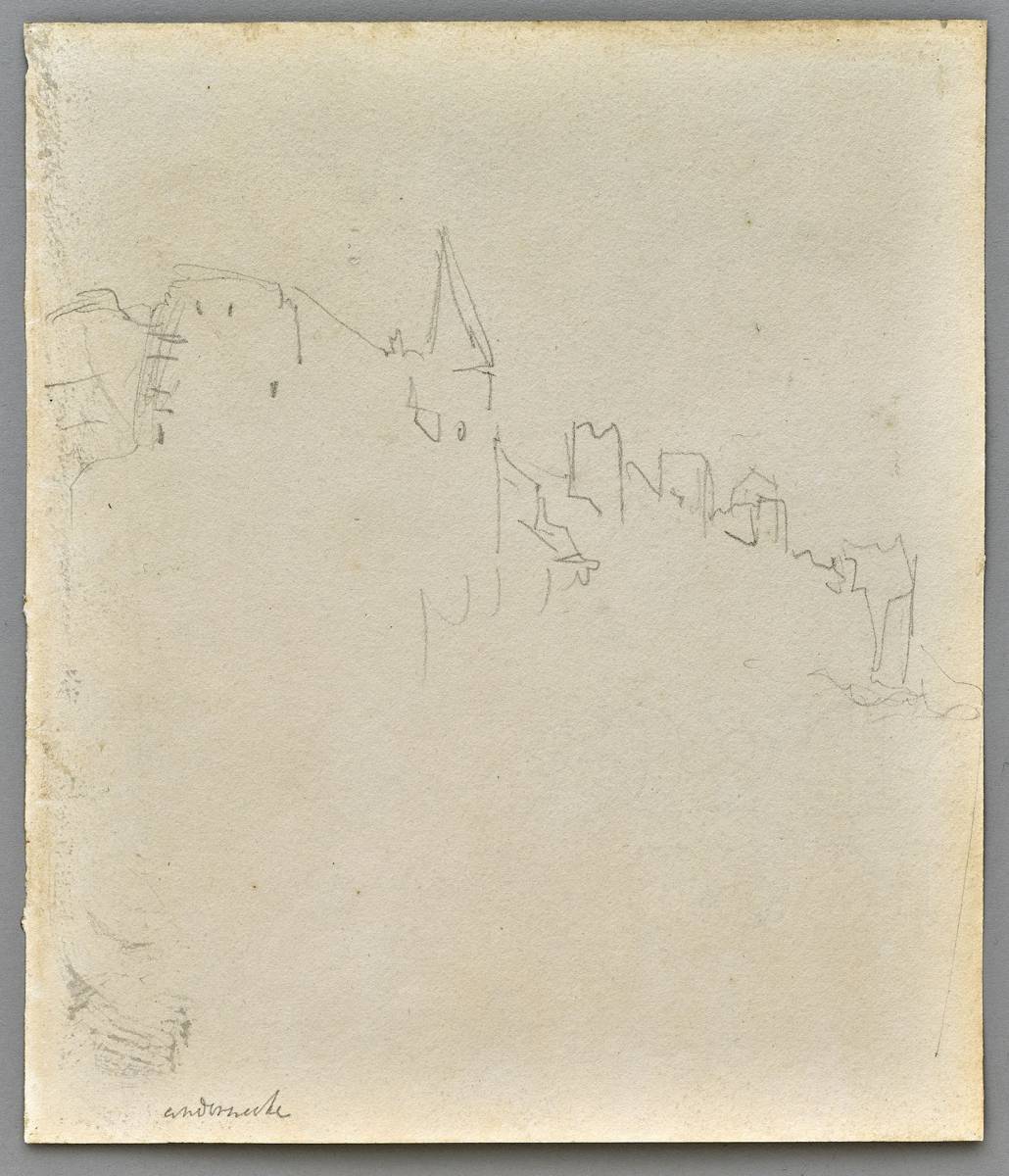 This drawing of Andernach on the Rhine forms part of the Swiss and German sketchbook that was in the Hodson album. The sketchbook, which Peter Bower has noted was formed of two different white wove watercolour papers, one made by Samuel Evans & Co of Darley Mill, Derbyshire watermarked 1833, the other by William Balston of Springfield Mill, Kent, has been widely dispersed. But the internal evidence suggests that it was used on one of Turner's Continental tours, either in 1841 or 1842. The subjects of the other sheets show that he spent some time at Andernach making several studies of the walled town. To capture this distinctive city outline, Turner has turned the sketchbook so the stitching is at the top and drawn across the page, this has the effect of emphasizing the vertical quality of the view. Other pages from the sketchbook show the creative ways Turner used his sketchbooks whilst travelling. On a drawing of Hammerstein, Turner turned the book upside down to use the empty sheet to add a sketch of Andernach. Apart from Burg Eltz and Andernach, the other subjects depicted in the sketchbook were in the Aare (or Ahr) valley, Switzerland.