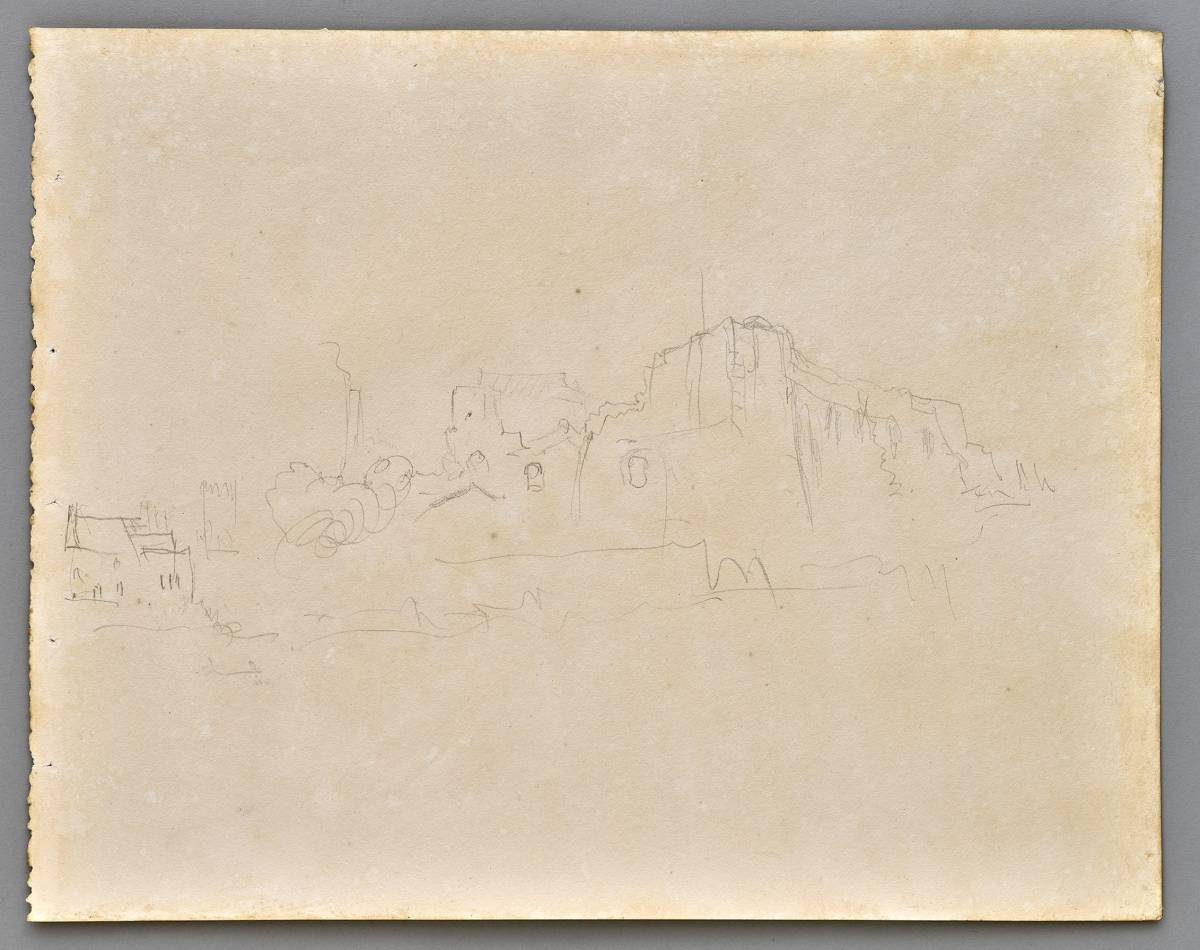 This drawing shows the ruins of St Augustine’s Abbey to the East of Canterbury, looking west towards the cathedral. Turner has included the spire of the cathedral just visible in the distance, to the left of the tree and smoking chimney. As Ruskin first identified, Turner’s drawings are rarely strictly topographical, in this case he has made the ruins of the Benedictine monastery of St Augustine appear more monumental than they in fact are. The sheet tells us much about the way Turner used his sketchbooks, capturing incidental views with remarkable speed whilst naturally observing the constraints of the sketchbook itself, the buildings are carefully arranged in a composition which does not breach the page.