This highly detailed sheet shows Turner's life-long interest in architecture and his ability to convey a complex, decorated medieval structure, such as Christ Church Gate, Canterbury in a rapid and informal sketch. Turner knew the gate well, it forms the south-western entrance to the precincts of Canterbury Cathedral, hemmed in by shops at the junction of Sun Street and Burgate with Mercery Lane. In this study Turner's viewpoint is looking north, it is the same view Turner reproduced in an elaborate antiquarian drawing of 1794 in the Tate which was made in preparation for a lost watercolour exhibited at the Royal Academy. Turner revisited the view in the 1830s and there is a study in his small Kent sketchbook in the Tate. In that study Turner shows the complex architecture of the gate handled in a shimmering, energetic line and the drawing underscores both his early interest in architecture and his ability to capture complex townscapes in confident pencil shorthand. It is notable that in our drawing Turner focusses solely on the gate, leaving the surrounding buildings as a matrix of schematic lines. Another sheet from the Canterbury, Rochester and Maidstone sketchbook, preserved in a private collection, shows Christ Church Gate from a distance, capturing the surrounding shops and distant cathedral tower. 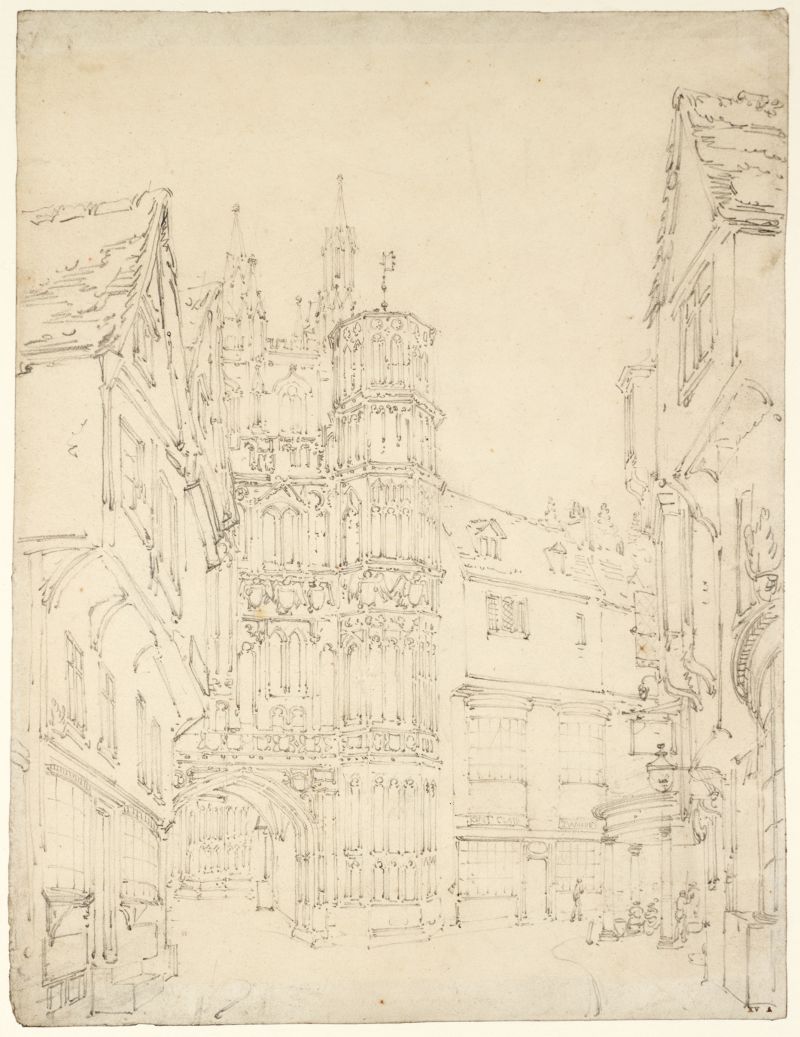