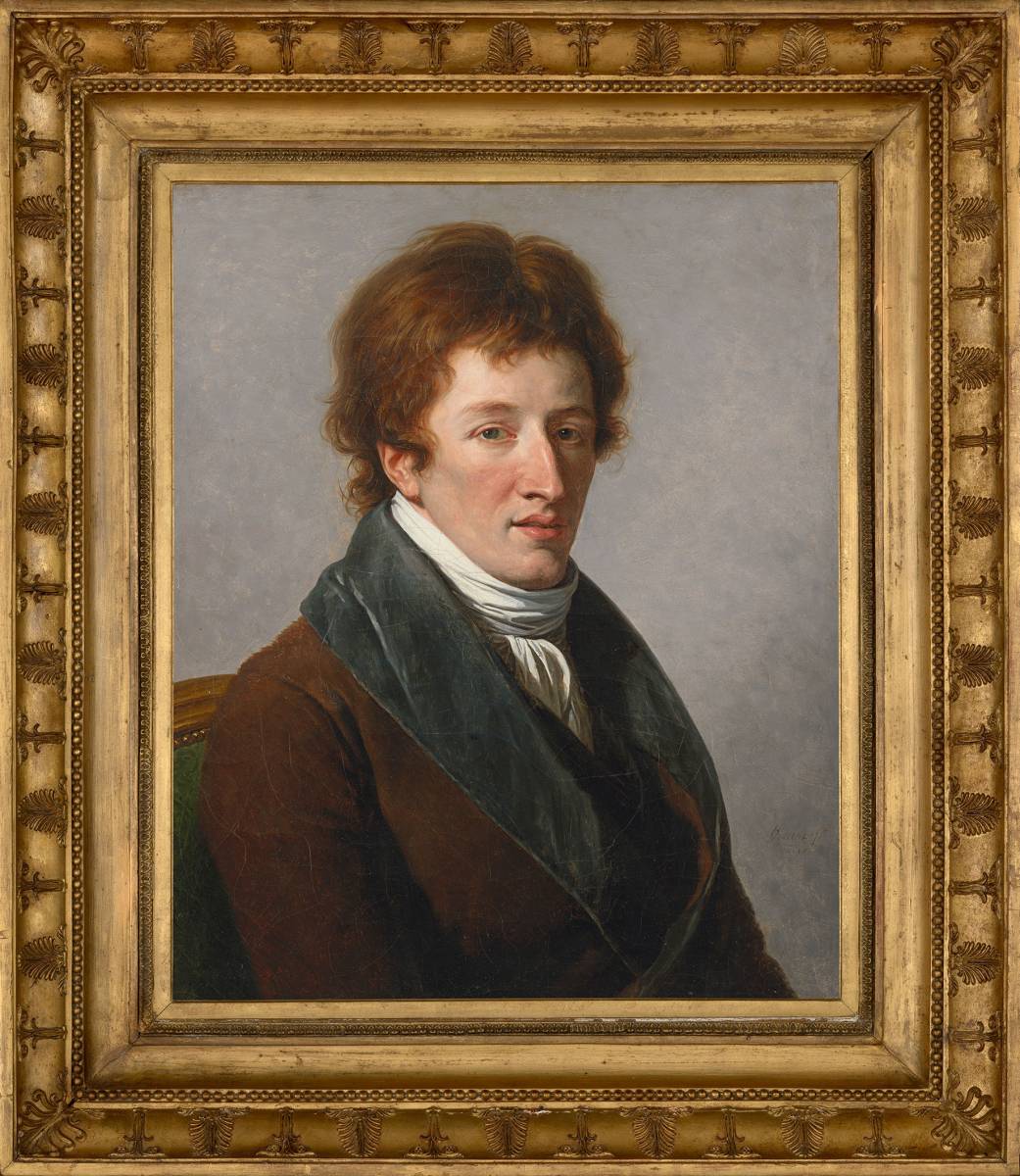 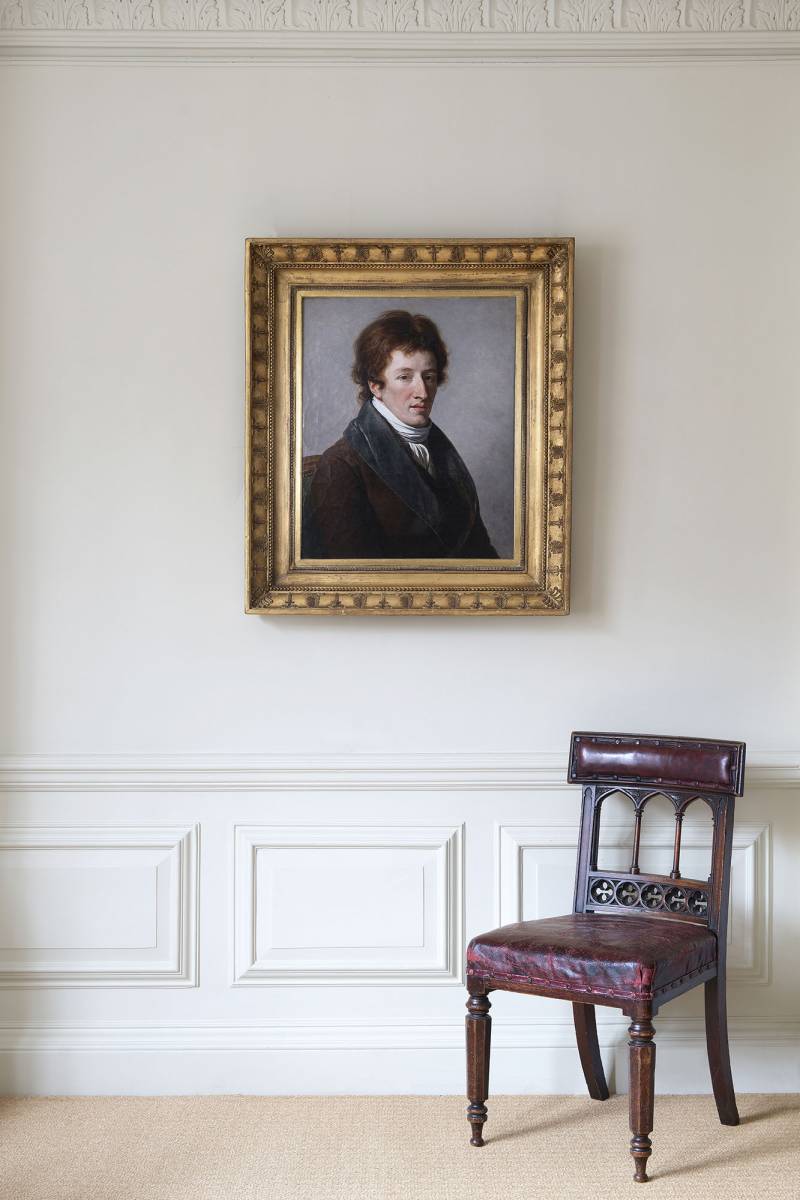 This stark neo-classical portrait by David’s greatest rival, François-André Vincent, depicts the most significant French scientist of the early nineteenth-century Georges Cuvier, widely regarded as the father of palaeontology. Painted in year ‘VIII’ of the new Revolutionary calendar, 1799-1800, the portrait almost certainly celebrates Cuvier’s appointment as professor of natural history at the Collège de France and perfectly distils the new aesthetics of Republican France. Vincent eliminates all extraneous details, save the back of the sitter’s chair, to produce a penetrating psychological study of Cuvier. As Jean-Pierre Cuzin has observed, this is one of Vincent’s simplest and yet most impressive portraits, pointing to its technical virtuosity and compositional originality: ‘the striking originality of the figure lies in its scale, much larger than life, which gives it a monumental appearance.’[1] Unlined, the portrait is preserved in outstanding condition and housed within its original, neo-classical gilt-wood frame. Remarkably, the portrait remained in the Cuvier family until 2012.

François-André Vincent was the son of a successful miniaturist, François-Elie Vincent. He trained with Alexander Roslin and then Joseph-Marie Vien. In 1768, Vincent entered the l’École royale des Elèves Protégés, then under the directorship of Natoire and remained there until 1771, when he received his patent to become a boarder at the Académie de France à Rome. During his stay in Italy, Vincent painted a number of portraits which were highly regarded by contemporaries. Charles-Joseph Natoire, director of the Académie de France à Rome wrote to Charles-Claude Flahaude de la Billaderie, comte d’Angiviller the Surintendant des Bâtiments du Roi: ‘Our students all work with zeal. Vincent has done a few portraits lately, of very good taste; it seems to me that this will be the part he will want to deal with the most.’[2]

Contrary to Natoire’s prediction, Vincent returned to Paris and began to practice principally as a history painter. He was elected a member of the Académie royale de peinture et de sculpture in 1782 presenting l’Enlèvement d’Orythie par Borée as his morceau de reception, now in the Louvre. In 1784, Vincent moved to the former workshop of Louis Jean-Jacques Durameau at the Louvre, who had gone to live in Versailles. In the wake of the French Revolution, Vincent continued to be active as a history painter winning second prize at the Concours de l’An II in 1794 for his depiction of a contemporary Revolutionary subject: La Citoyenne de Saint-Milhier entourée de ses enfants et menaçant de faire sauter, a painted sketch where one could read the motto: ‘A tout âge et tout sexe on vit la Liberté enfanter l’héroïsme et l’intrépidité.’ If Vincent agreed with revolutionary ideals, he firmly remained a moderate republican. He wrote to his friend Jean Pierre Saint-Ours, on January 12th 1791: ‘Je fuis les extrêmes et je hais tout esprit de passion. Ne croyez pas cependant que je sois neutre, ce serait me faire tort, on ne saurait dans les circonstances actuelles demeurer indifférent, et par conséquent j’ai mon opinion bien precise.’[3] He was personally affected when his sister Suzanne Griois was sent to the guillotine on June 17th 1794, convicted of having taken part in the Baron de Batz’ conspiracy. In 1799 Vincent married the celebrated portraitist Adéïde Labille-Guiard, a keen and vocal advocate of the advancement of female professional artists. At a meeting of the Royal Academy held on September 23, 1790, Labille-Guiard successfully proposed that women be admitted in unlimited numbers and be permitted to serve on the institution's governing board. 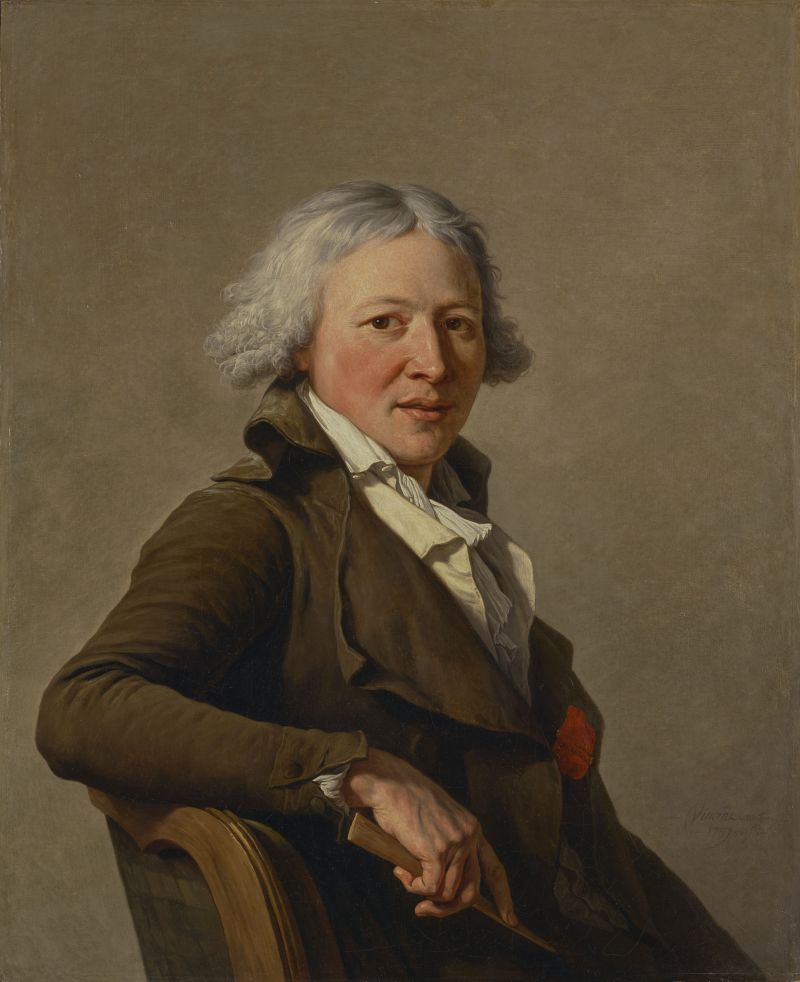 The altered political climate in France had an impact on Vincent as an artist. Historical commissions decreased and Vincent increasingly worked in the shadow of the extreme Jacobin Jacques-Louis David. As a result portraiture became increasingly important to his career, although, as contemporaries observed, he saw no immediate separation between history painting and portraiture, demanding history painters practice as portraitists to improve their abilities at observing nature.[4] Vincent’s portraits increasingly reflected the stark neo-classicism practiced by David, Vincent’s portrait of Cuvier, completed in 1800, represents his most complete absorption of this aesthetic, whilst retaining a remarkably nuanced characterisation of the sitter. 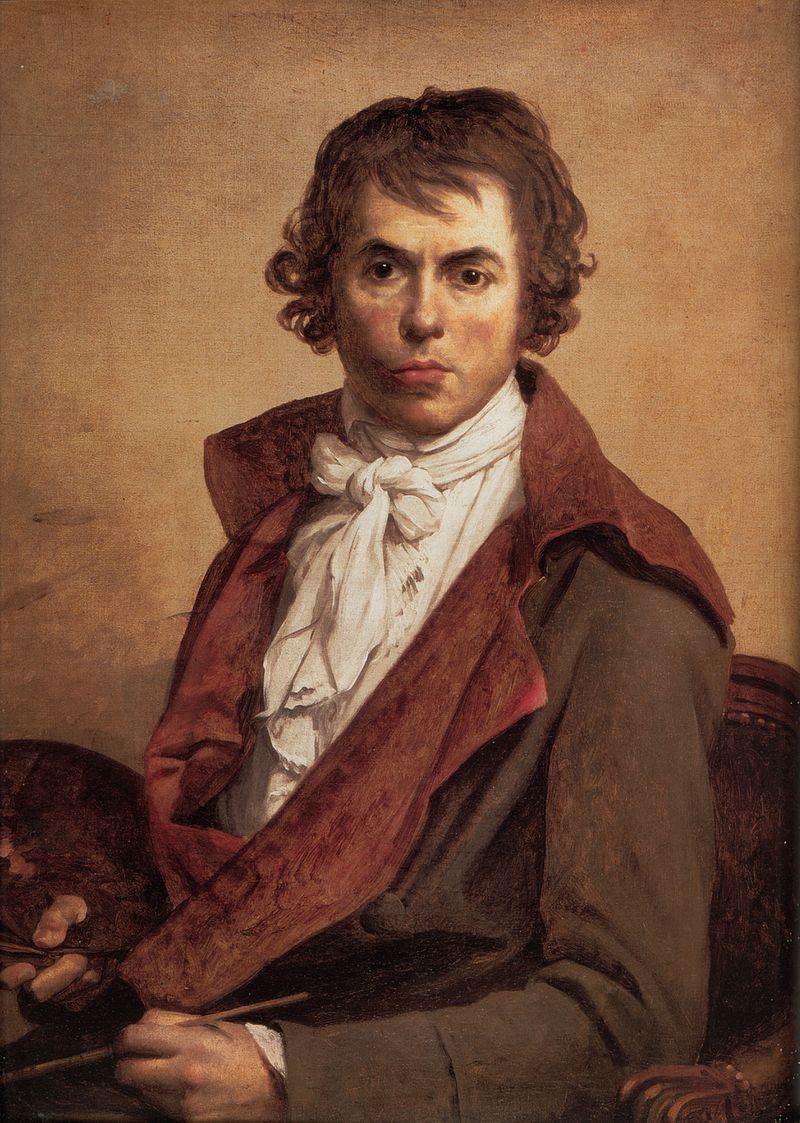 On October 25th, 1795, during the Directoire, the Institut national des Sciences et des Arts was created. Vincent became an elected member on the 17th of December, together with his old master, Joseph-Marie Vien. Seen to be of general utility for the glorification of the Republic, the Institut, whose role consisted in publishing and demonstrating new scientific and literary discoveries, was subdivided into three categories: Physics and Mathematics, Moral and Political Science and Literature and Fine Arts. Georges Cuvier was also a founding member. In April 1796 he read his first paleontological paper, which was published in 1800 under the title Mémoires sur les espèces d’éléphants vivants et fossiles, in which he analysed skeletal remains of Indian and African elephants as well as mammoth fossils and a fossil skeleton, known at the time as the ‘Ohio animal’. This paper was landmark in the advancement of comparative anatomy, Cuvier’s analysis established, for the first time, that African and Indian elephants were different species and that mammoths were not the same species as either and therefore must be extinct. He further stated that the ‘Ohio animal’ represented a distinct and extinct species that was even more different from living elephants than mammoths were. Years later, in 1806, Cuvier would return to the ‘Ohio animal’ and give it the name: ‘mastodon.’ Vincent’s portrait therefore depicts Cuvier at the point of his first significant breakthrough, when he transformed the study of comparative anatomy and effectively ended the long-running debate about extinction.

Vincent, as a fellow member of the Institut national must have been conscious of the excitement that surrounded Cuvier’s discoveries. Vincent depicts Cuvier in a severe bust length format. As Cuzin has noted, the portraits apparently simple format belies its great power and invention. Vincent has pressed Cuvier against the picture plane, so that his head fills the canvas, leaving only a few inches of canvas above his head. This has the effect of forcing the viewer to engage directly with the intelligent and penetrating features of Cuvier himself. Vincent was usually a far more conventional portraitist, generally showing his patrician sitters in elaborate interiors, such as his portrait of the Boyer-Fonfrède Family of 1801 now at Versailles and the group portrait of the Comte de la Forest, his wife and daughter now at Karlsruhe. Vincent usually showed his professional sitters holding attributes of their trade, the poet Antoine-Vincent Arnault of 1801 is show seated holding pen and paper and the sculptor Philippe-Laurent Roland painted in 1797 is shown holding an ebauchoir, a tool used for working plaster. In his portrait of Cuvier, Vincent resisted the temptation of including bones, or diagrams of the novel mastodon, relying instead on the quality of his characterisation and the tension created by his immaculate rendering of costume and background. The care with which Vincent explores texture is unusual and has prompted Cuzin to note:

Throughout Vincent's masterful paint handling is evident, from the lightly brushed background that imparts the illusion of space, to the firm, sculptural modelling of Cuvier’s head and velvet collar, whose three-dimensionality is emphasized by the painter's sophisticated modulation of light and shade. The resulting sense of physicality, of vital presence, is extraordinary, and is only strengthened by the tight framing of the composition, the proximity of the sitter to the picture plane, and the suppression of superfluous details. The canvas is preserved in exceptional condition, being unlined and housed in its original neo-classical frame.

This remarkable portrait seems not to have been exhibited in Paris on its completion and remained with Cuvier. Shortly after its completion Cuvier was made titular professor at the Jardin des Plantes in Paris, in 1802 he was appointed commissary of the institute to accompany the inspectors general of public instruction. In this capacity, he visited the south of France, but in the early part of 1803 he was chosen permanent secretary of the department of physical sciences of the Academy, and he consequently returned to Paris. Cuvier had a distinguished career under successive administrations, combining his research with occupying major roles both within universities and government eventually becoming Grand Officer of the Legion of Honour, a Peer of France, Minister of the Interior, and president of the Council of State under Louis Philippe. Seen as the father of vertebrate palaeontology, Cuvier created the comparative method of organismal biology, an incredibly powerful tool which is still used by scientists. Whilst Cuvier’s scepticism about biological evolution has seen him placed on the wrong side of scientific debate, Cuvier’s attempt to explain extinction by suggesting that periodic ‘revolutions’, or catastrophes has befallen the Earth has re-emerged as a valid hypotheses for at least dome of the great episodes of change in the Earth’s biota, such as the Cretaceous-Tertiary extinction event. Cuvier was remarkable in his promotion of female scientific education, training both his daughter and step-daughter as scientists and collaborating with them on a number of projects.[6] 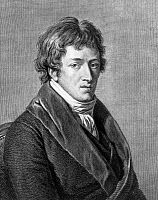