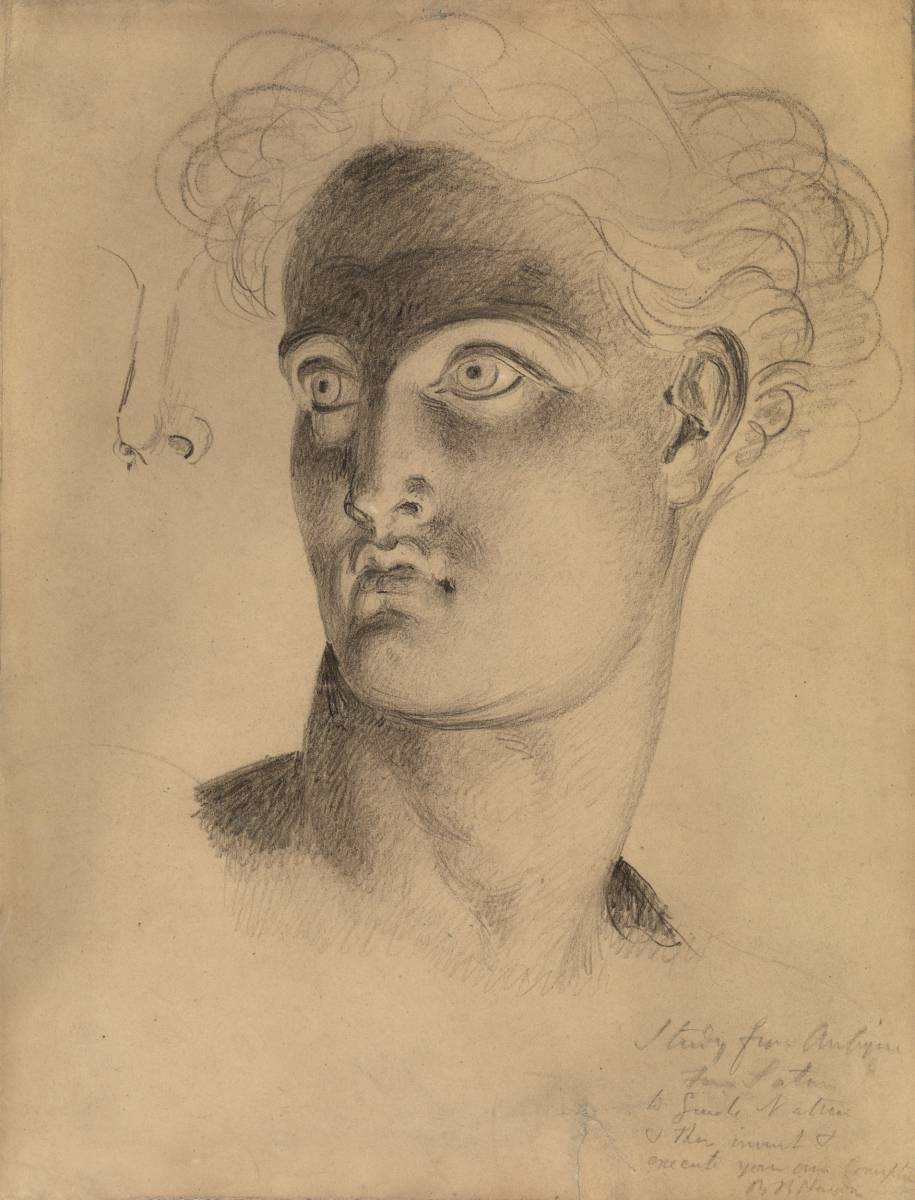 This impressive, boldly executed drawing was made by Benjamin Robert Haydon in preparation for one of his final Royal Academy exhibits: Uriel Revealing himself to Satan shown in 1845. Haydon was one of the most ambitious history painters of the first half of the nineteenth century and also one of the most unsuccessful, eventually committing suicide shortly after completion of Uriel Revealing himself to Satan in 1846. Haydon’s vision for grand manner history painting was articulated in his published lectures, ambitious plans for an art academy and private, anguished, diary. The present compelling study is a powerful demonstration of Haydon’s academic method. The inscription - ‘Study from Antique for Satan to guide nature & then invent & execute your own composition’ - suggests the complex process Haydon undertook to achieve his grand historical compositions. The drawing is, in fact, a vivid study of the head of the Apollo Belvedere, strongly lit to show the antique head’s ability to serve as the model for Uriel in his painting. 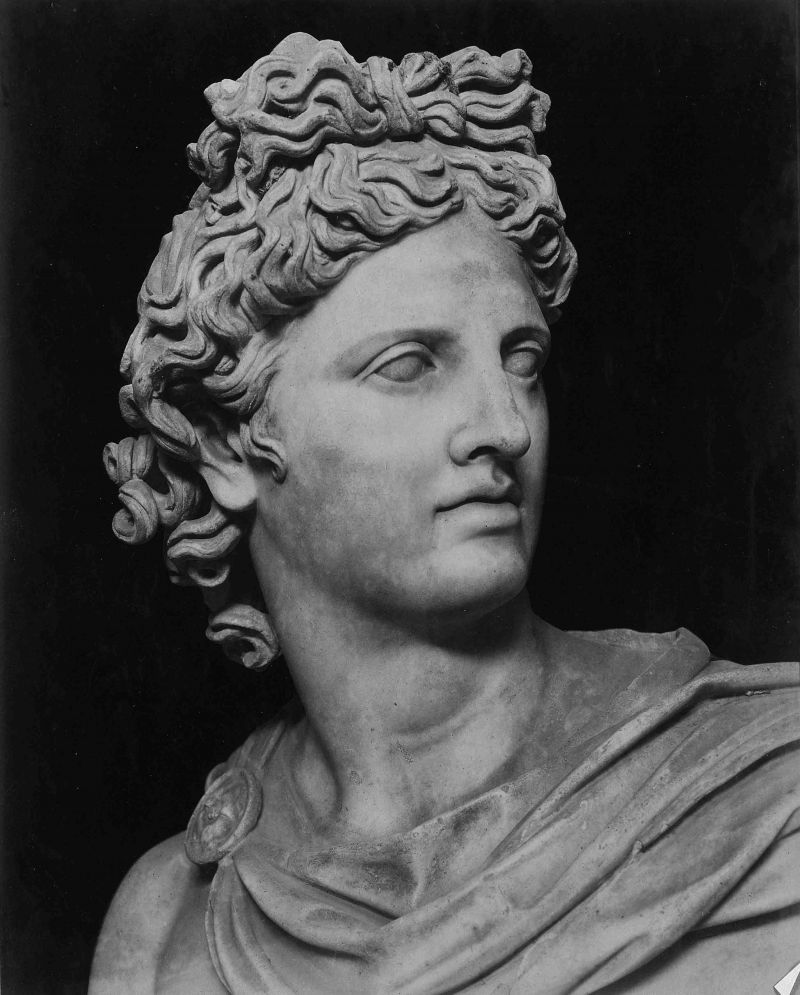 By the 1840s Haydon’s career had suffered a number of setbacks and he had spent several periods in prison for debt. In 1842 Haydon finished one of his masterpieces, Marcus Curtius Leaping into the Gulf, which was not critically well received, the same year he submitted a number of cartoons for the competition to redecorate the Houses of Parliament, which were all rejected. On 10th May 1844 Haydon began work on Uriel Revealing himself to Satan. He noted in his diary:

The subject was derived from Book 3 of Milton’s Paradise Lost, when Satan, disguised as a cherub, convinced Uriel to tell him the whereabouts of Adam and Eve. The subject matter had long been in Haydon’s mind. In his Lectures on Painting, Haydon recalled meeting Fuseli as a young man: ‘Imagine a young man of nineteen, fresh from Devonshire, who had relished and brooded over the works of this wild genius from eight years old; hour after hour had he dwelled on his sublime conception of Uriel and Satan… and now he was actually in his room, and actually heard his footsteps!’[2] The print Haydon was referring to was an impression of the engraving by Charles Warren after Fuseli’s painting for Du Roveray’s edition of Paradise Lost.[3] 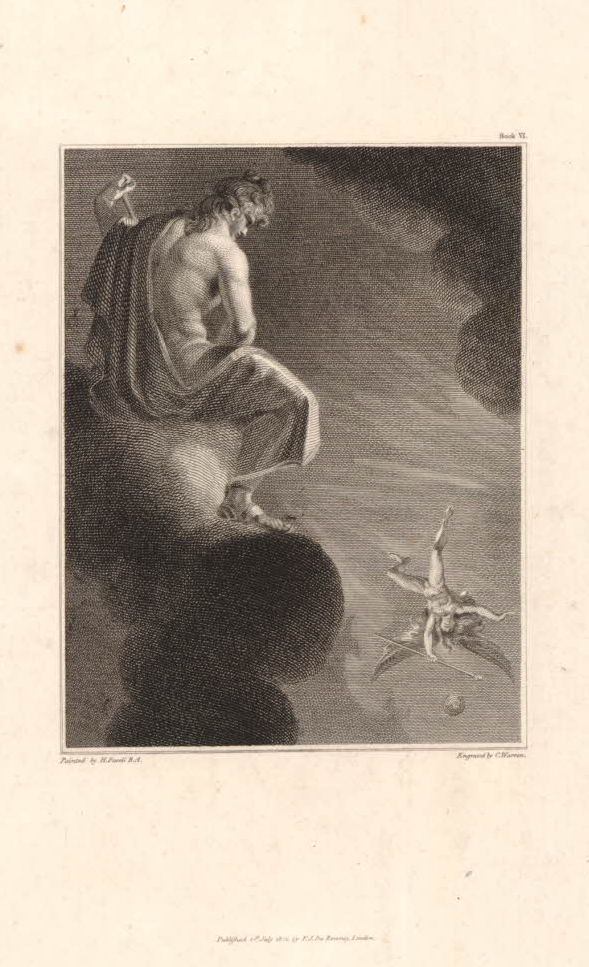 Haydon’s diary records work on the painting throughout summer of 1844. One particular diary entry seems likely to refer either to the present drawing, or another, unrecorded study. On September 2nd, Haydon reported:

‘Made a study of Uriel from nature. Always make an actual study from a head – never mind how ugly – to get the look of nature; then adapt, but always actual nature as the base.’[4]

Haydon had modelled the head of the archangel Uriel after the head of the Apollo Belvedere. Whilst Haydon never travelled to Italy, he knew the sculpture in the form of casts. The strongly lit study illustrated the potential of the ideal antique head for depicting the archangel. Haydon’s drawing also demonstrates the level of preparation he was willing to pursue to achieve the desired effects in his historical compositions. On September 10th, shortly after he began the painting itself, he noted in his diary: ‘My Uriel is making a sensation already; I am very proud of it. I think the head of Uriel the finest thing I ever did, except the head of Lazarus.[5]

The finished oil painting was exhibited at the Royal Academy in 1845 and although it is now lost, the composition is known from an engraving published in the Illustrated London News. The painting was an unusual success and was purchased from the exhibition by the rich cotton spinner, Edward Dennys. 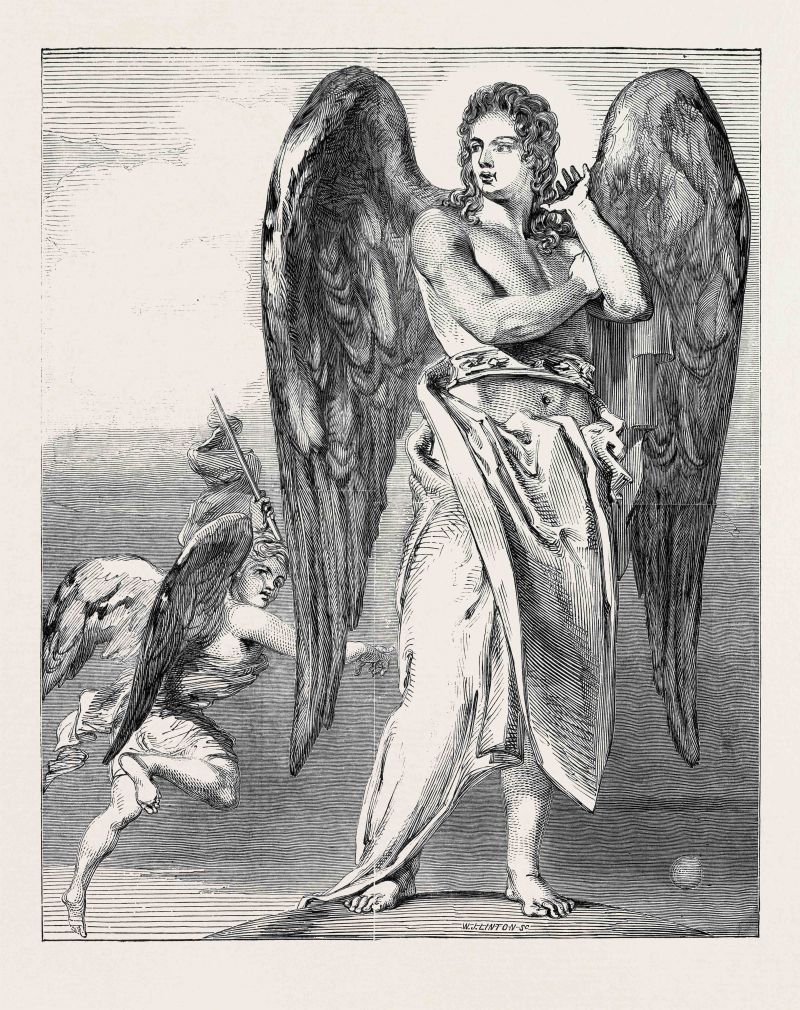