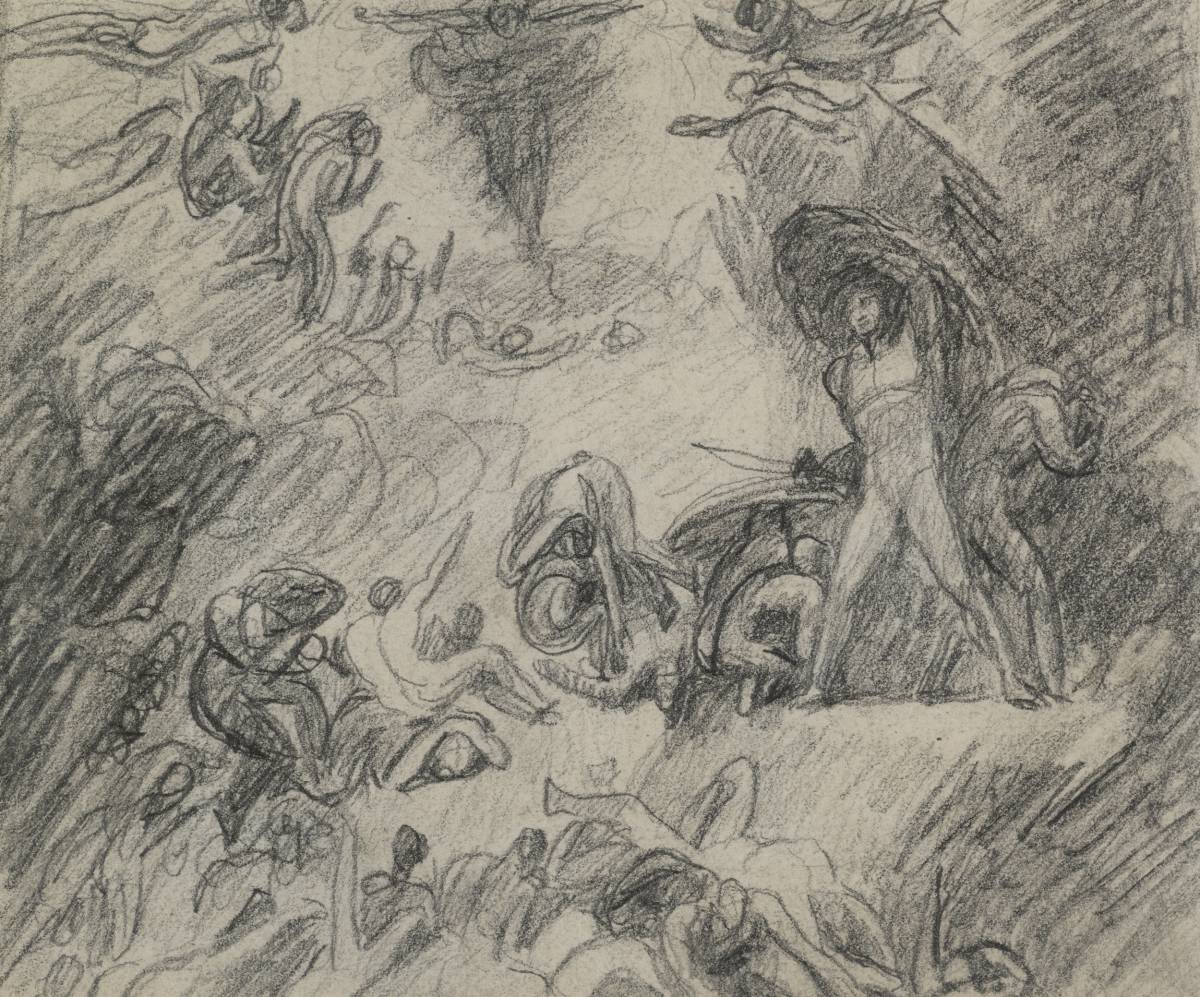 Against the throne and monarchy of God
Raised impious war in Heaven and battle proud,
With vain attempt Him the Almighty Power,
Hurl’d headlong, flaming from the ethereal sky,
With hideous ruin and combustion, down
To bottomless perdition, there to dwell
In adamantine chairs and penal fire,
Who dust defy the omnipotent to arms.

This small but highly worked drawing is one of a number of studies which Romney made in the 1790s of subjects from Milton and demonstrates his mastery when working on a small scale.  There is a related, slightly larger but less highly worked and developed drawing in a private collection in Canada. The subject, The Fall of the Rebel Angels, from Paradise Lost, was one which preoccupied British artists around 1800. Satan was seen as the ultimate anti-hero, a perfect encapsulation of the aesthetic theories of the sublime. Romney’s rapidly handled study shows Satan in heroic guise, shield held aloft defiant against the hordes of rebellious angels falling all around him. Possibly a page from a dismembered sketchbook which Romney filled with studies from Paradise Lost and dated March 1790, this concentrated and boldly conceived sheet neatly encapsulates both Romney’s visual inventions and fascination with subjects from literature.