Lowell Libson & Jonny Yarker Ltd has an international reputation as a specialist dealer in British art with an emphasis on paintings, watercolours, drawings and sculpture of the seventeenth to mid-nineteenth centuries and are recognised for handling important works of outstanding quality backed with exceptional scholarship. We count leading American, European and British museums and private collectors amongst our regular clients.

We exhibit at TEFAF, Maastricht and TEFAF New York Fall as well as at The Winter Show, New York and during London Art Week. We produce a full scholarly catalogue of highlights from our inventory annually, which can be downloaded from the catalogues page. Over the last decade we have gained a significant reputation as supporters of scholarship of British art, supporting over 20 major international exhibitions as well as numerous publications, fellowships and lectures.

We believe that the process of acquiring a work of art should be an enjoyable and stimulating experience and we pride ourselves on having created a gallery that offers clients the opportunity to discuss and view pictures in relaxed and comfortable surroundings. Visitors are always welcome at the gallery which is located on the second floor of a handsome early Georgian town-house situated between New Bond Street and Savile Row. We are open Monday to Friday from 10am to 5pm.

We can offer advice on all aspects of collecting. This includes the purchase and sale of works of art as well as conservation, restoration, framing, lighting and hanging. We can also provide a complete curatorial service for collections. 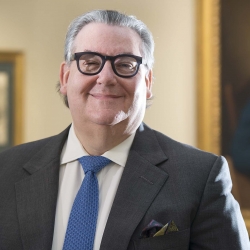 Lowell Libson has over forty years’ experience as a dealer in paintings and drawings and is regarded as a leading authority on British art of the eighteenth and early nineteenth centuries. Lowell began his career as a picture specialist at Phillips auctioneers before becoming a director of the Leger Galleries. In 1996 Lowell was appointed Managing Director of Spink-Leger Pictures before founding his own private gallery in 2001.

Lowell has always believed passionately in advancing scholarship in British art. During his time at Spink-Leger he mounted an unprecedented exhibition examining the rise of the plein air sketch in British nineteenth-century art: Feeling through the eye: The ‘New’ Landscape in Britain 1800-1830. This was followed by a pioneering exhibition in 2005 dedicated to the work of Cornelius Varley: The Art of Observation in 2005. Lowell and the gallery have regularly supported museum exhibitions, publications and acquisitions as well as fellowships and projects including the new drawings gallery at The Courtauld Gallery.

Lowell has served as chairman of London Art Week, a trustee of Gainsborough’s House, Sudbury as well as on the committees of the Society of London Art Dealers and the Walpole Society. In 2011, he was appointed by the government as a member of the Reviewing Committee on the Export of Works of Art and Objects of Cultural Interest on which he sat for eight years. 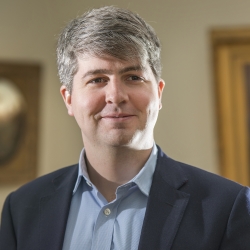 Jonny Yarker joined Lowell in 2012, working for him before entering into partnership in 2018, he has a considerable reputation as a scholar of British painting and the Grand Tour. Jonny, who completed a PhD at Trinity College, Cambridge, has held academic fellowships in America, London, and most recently, Rome. He has published widely, contributing to a number of publications on British art and the Grand Tour including: Digging and Dealing in Eighteenth Century Rome (Yale, 2010); The English Prize, the capture of the Westmorland, an incident of the Grand Tour (Yale, 2012) Richard Wilson (1713-82): A European Master (Yale 2014), a chapter on Robert Adam’s time in Rome in Robert Adam and His Brothers: New Light on Britain’s Leading Architectural Family (Historic England, 2019) and contributing the section on copies after the old masters to Hugh Belsey’s Thomas Gainsborough: The Portraits, Fancy Pictures and Copies after Old Masters (Yale, 2019). Jonny has written a large number of scholarly articles for a range of publications and has lectured widely in both Britain and the US.

Jonny continues to develop the scholarly scope of the business, with particular focus on catalogues and exhibitions. His current research project is a book length study of the British artistic community in Rome in the second half of the eighteenth century entitled Savage Pilgrims: Rome and the Grand Tour 1750-1798. 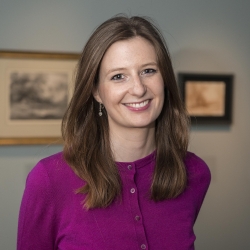 Cressida St Aubyn joined the gallery six years ago and is our Company Secretary and gallery manager. As such, she is responsible for administration and the day to day running of the business. Cressida also oversees all our framing, mounting and conservation as well all logistics relating to shipping, fairs and the publication of our annual catalogue. She previously occupied roles within the PR and Finance sector after graduating from the University of Leeds with a degree in History.

GIFTS OF WORKS AND SUPPORT TOWARDS ACQUISITIONS:

Exhibitions and projects which we have supported include: