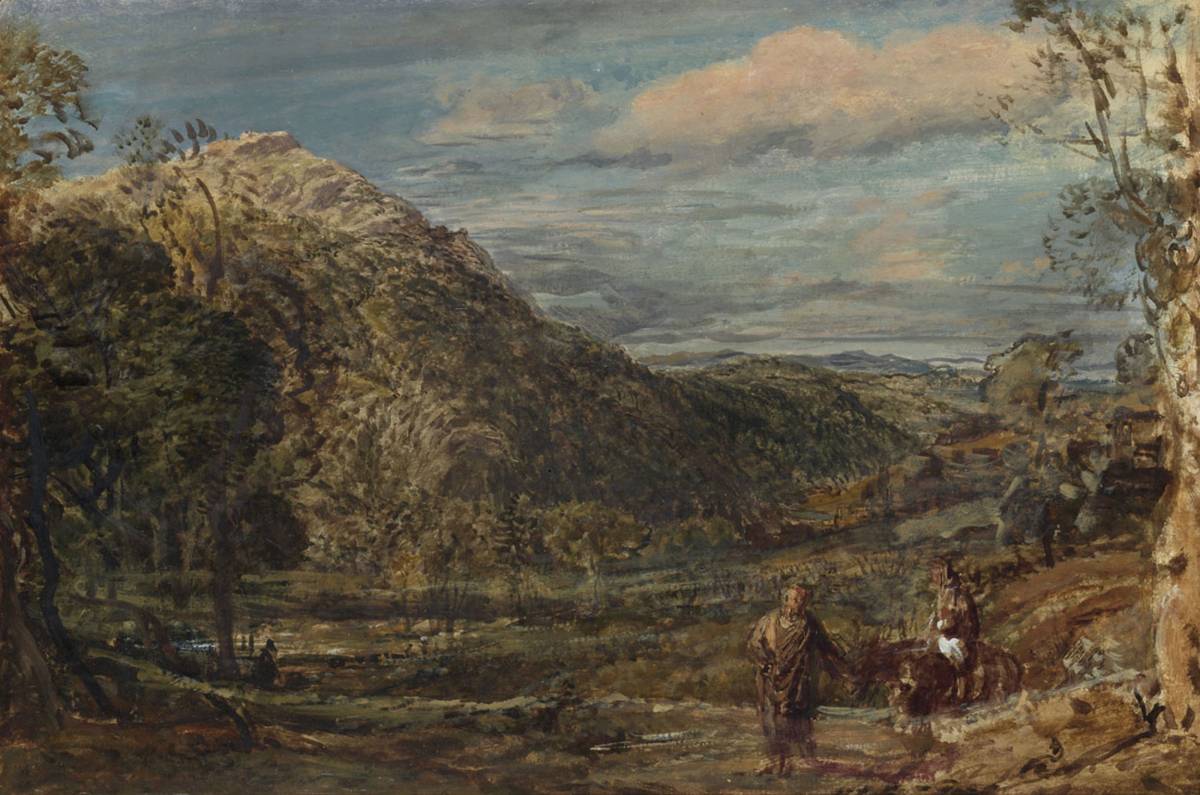 Linnell recorded that his 1813 tour in Wales provided him with ‘material for life’ and the setting of this Biblical subject was evidently inspired by the scenery of Wales. The present study is closely related to Linnell’s 1841 exhibit at the British Institution, The Flight into Egypt, which was purchased by Sir Thomas Baring.  The large canvas, measuring 39 x 54 ½ inches, was evidently intended to mark Linnell’s ‘allegiance’ to the Italian School, unlike some of his contemporaries who were more influenced by Dutch art.  The Art Union remarked that it was: ‘a fine composition; a richly arranged landscape, but in a tone of colour that savours strongly of affectation.  The artist so eschews the prevailing favourite, a gay green, that he goes to the other extreme, and clothes nature in a deep russe.t’

Linnell appears to have made compositional studies in oil only rarely and in the present work the overall tone and palette is somewhat lighter than in the picture exhibited in 1841.  There are records of Linnell repeating the subject in 1849 and the present study may have made in preparation of the later version.