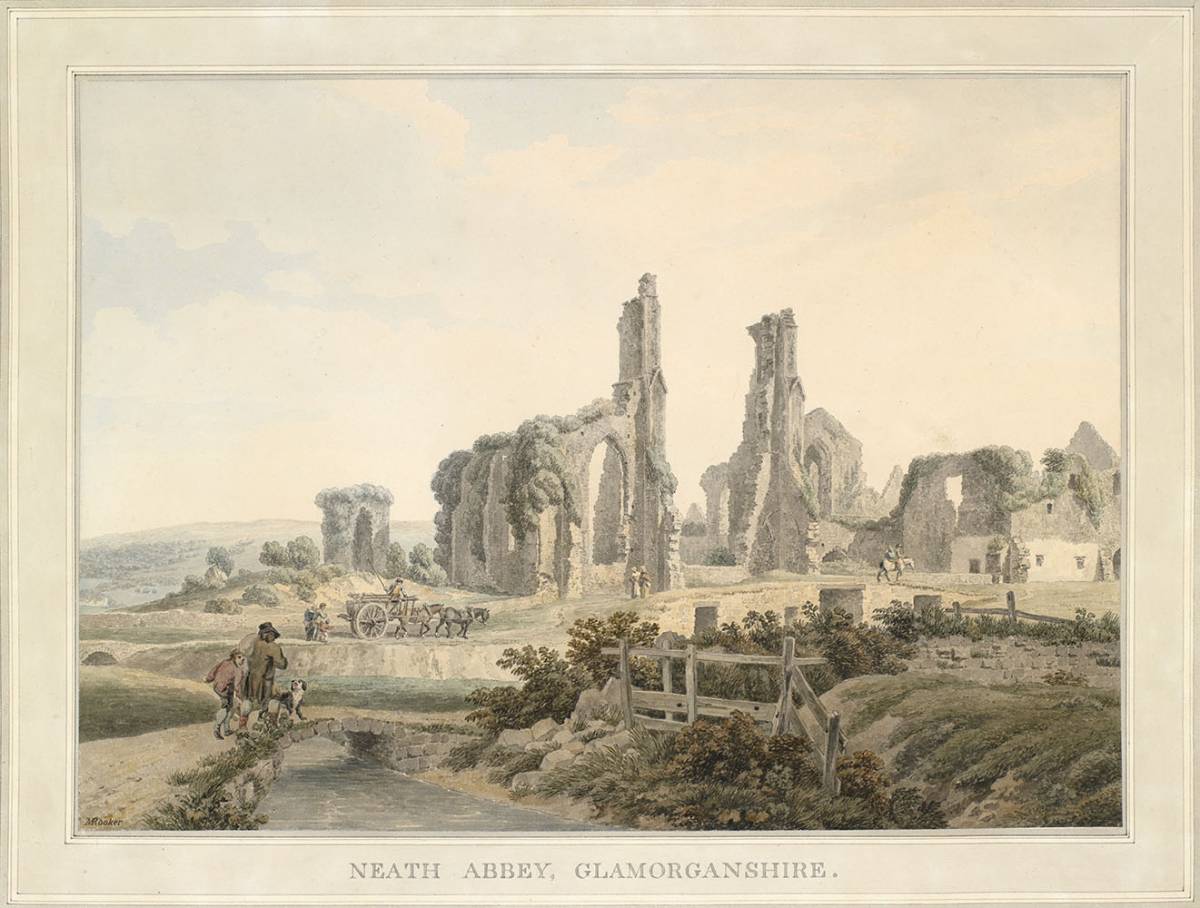 Rooker initially trained under his father, who was both an architectural engraver and pantomime actor, before serving as assistant to Paul Sandby during the 1760s. He was amongst the first intake of students at the Royal Academy in 1769, however, it is not certain how long he remained a student. He was elected ARA, the following year, the first year that honour was instigated. His relationship with Sandby continued as in the 1770s, he engraved a series of Sandby’s country-house views, for The Copper-Plate Magazine, taking over from his father, who had previously engraved much of Sandby’s work.  From the end of the 1770s, he largely abandoned engraving, concentrating instead on furthering his career as a watercolourist and also as a scene painter, an occupation to which he was introduced by his father’s connections.

From the late 1780s, Rooker undertook annual sketching trips through England and Wales. At this time he also abandoned his earlier style of working in pen and ink and wash and began to work almost entirely in watercolour. The present work is unusual in that, not only is some of his pencil under-drawing still visible, but the artist has employed it to help emphasise the texture and shape of the stone.

Rooker was particularly adept at capturing the myriad textural varieties found in architecture. Furthermore, the artist’s enjoyment of the interplay of light and shade created by the trees and the ensuing patterns that were projected onto the building is clearly evident by the artist’s handing of the subject.

Rooker is especially notable for the fine quality of the draughtsmanship displayed in the ‘staffage’ seen in his landscapes. Rooker has peopled this work with ordinary figures; labourers going about their daily work, oblivious to the monumentality of the ruins behind them. Although to the modern eye, the contrasts this creates can be interpreted as being a social comment, this would have been unlikely to have been Rooker’s intention. Rather he felt them to be an interesting and integral part of the scene; he might have intended them as a comment on a rapidly changing and disappearing rural existence. He almost certainly included them out of a desire to capture a subject as it really was, and unlike some of his contemporaries, did not want to clean up the view to make it more appealing to picturesque notions of architectural subjects.

The very reason for the establishment of the Abbey on its site, good running water, led to the establishment in 1792 in the vicinity of the Abbey of an iron-works which by the 1820 consisted of two blast-furnaces and a foundry employing about four hundred workmen. A copper works was situated to the south of the Abbey. Indeed the encroachment of ‘progress’ on the Abbey has continued unabated to the present day and the still impressive ruins are now surrounded by modern industrial buildings and a major road.