We are looking forward to a very active 2017 and we will be exhibiting at TEFAF Maastricht in March, London Art Week in July and TEFAF New York Fall in October.

In a change to recent years we will not be exhibiting in New York for Master Drawings Week this month. Our annual catalogue will be published in February and contains an exciting group of British paintings and drawings, including a number of important new discoveries. Amongst them is an enigmatic, unfinished portrait of a young man which can now be identified as the earliest known self-portrait by John Hamilton Mortimer.

This compelling self-portrait was executed in 1758, shortly after Mortimer had entered the studio of Thomas Hudson. It was in Hudson’s studio that Mortimer met Joseph Wright of Derby, with whom he had a life-long friendship and working relationship. Previously unpublished, this painting sheds significant light on Mortimer’s working practices and on the activities of young artists in the 1750s, the decade before the foundation of the Royal Academy. Its rediscovery also underlines what a compelling and intelligent painter Mortimer was, raising significant questions about his relationship with Wright of Derby. The portrait is also unfinished offering valuable insights into the working methods of British painters at a transitional moment in the emergence of an indigenous school of art.

This re-discovered self-portrait is a remarkably confident work made at the beginning of his training, the present portrait combines several important themes which would be consistent features of his career. The first is self-portraiture itself. Mortimer, like his older friend Joseph Wright of Derby, was fascinated by self-portraiture. Wright produced numerous images of himself over his career beginning with a romantic depiction in Van Dyck costume now in Derby Museum and Art Gallery. Possibly painted when Wright was working in Hudson’s studio for the second time, it is similar in approach and handling to our self-portrait by Mortimer. The sitter in our portrait is instantly recognisable as Mortimer from his later self-portraits. Four years after working on the present study, he produced another self-portrait, which he exhibited at the Society of Artists in 1762. John Sunderland identified that work with a painting formerly in the collection of Mortimer’s descendants which is now known only from a poor quality black and white photograph. It is notable that his first exhibited work, at the first exhibition of living British art in London, was a self-portrait. Like Wright, Mortimer continued to produce self-portraits throughout his career. In the mid-1760s Mortimer painted a conversation piece of himself, his father, Thomas and brother Charles Smith now in the Yale Center for British Art in New Haven. Mortimer is the seated figure in the foreground of the Yale conversation piece, his features – the retroussé nose, the short, dark hair, thick bottom lip and slight dimple in the chin – are the same, but older than in our portrait. 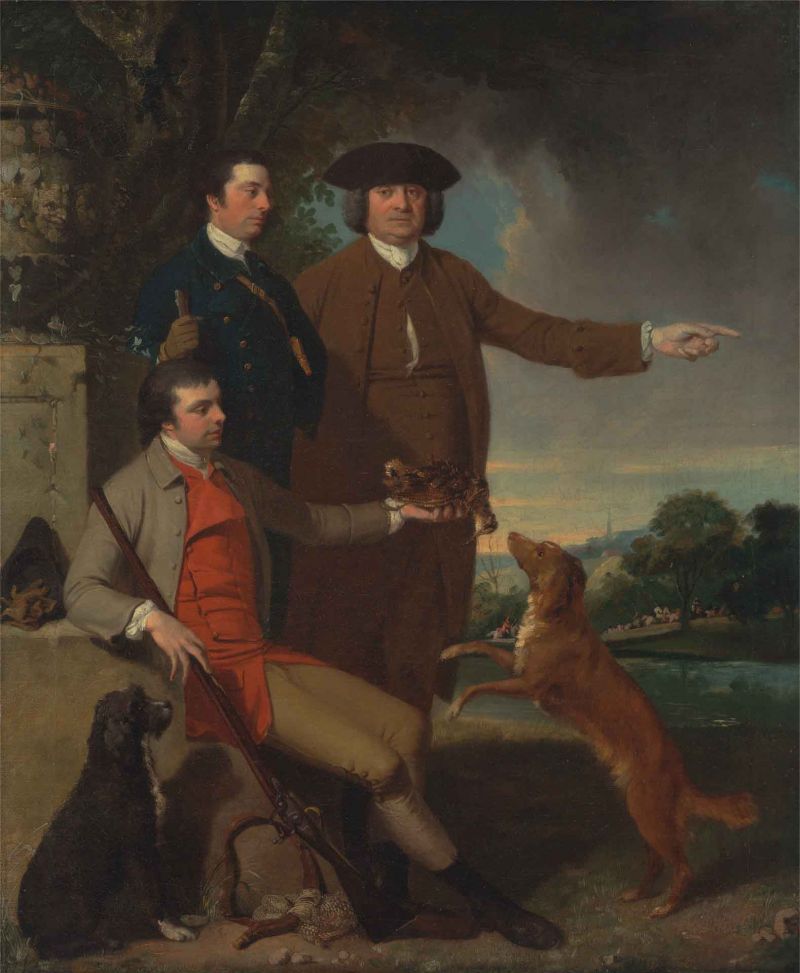 The second is artistic education. Again, like Wright, Mortimer was clearly fascinated by the process of learning to paint and draw and like Wright he produced a series of celebrated images of artists at work. The most instructive is a famous self-portrait of himself seated at a drawing board with a student, presumably correcting the student’s drawing of the casts laid on the table in front of them.The painting is known in two versions, in the second, now in the Royal Academy of Arts, London, Mortimer included the sculptor Joseph Wilton, who had supervised his own time drawing in the Duke of Richmond’s academy. In 1769 Mortimer was appointed a director of the Maiden Lane Academy by the Society of Artists and was required to set the life model along with Ozias Humphry, Robert Edge Pine, George Stubbs, Joseph Wright and Johan Zoffany. According to the Minutes of the Society of Artists, Mortimer was required: ‘to wait upon Dr [William] Hunter and… desire the favour of him to dissect a human figure for the use of the Academy.’ 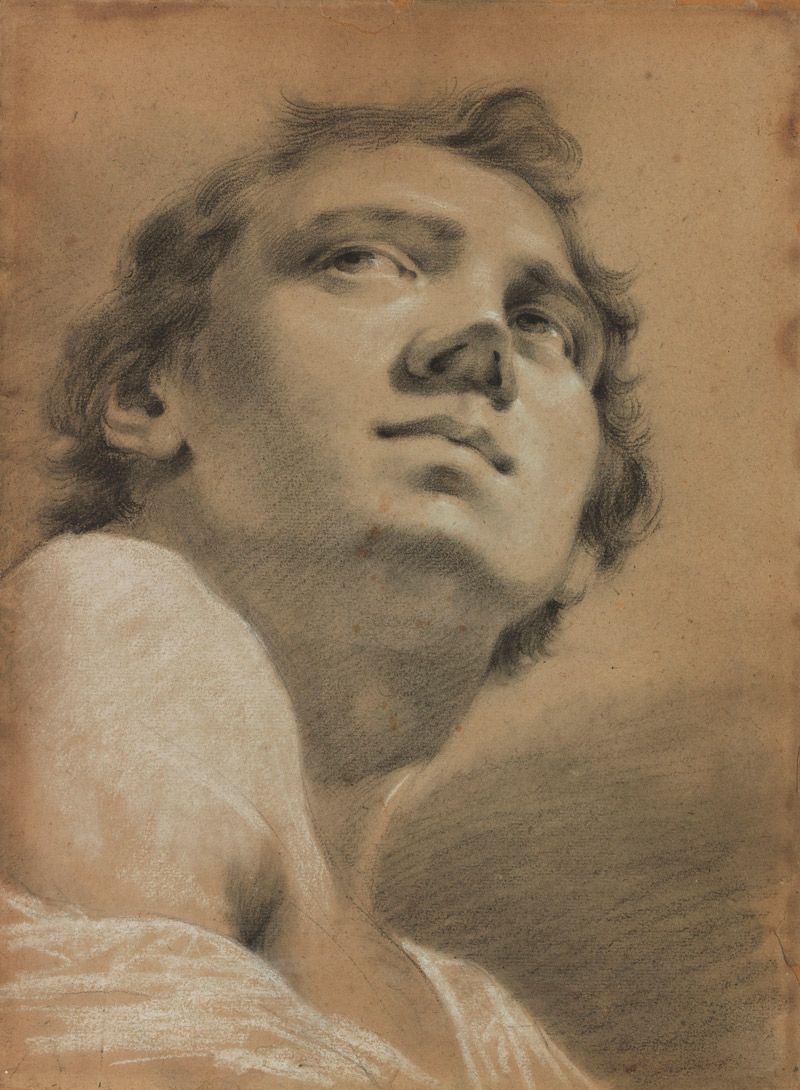 This newly discovered self-portrait is therefore particularly important as it combines these two ideas, showing, as it does, Mortimer at work. Although unfinished, Mortimer depicts himself holding a drawing board, presumably in the process of making a study with a porte crayon. Mortimer’s upturned eyes and concentrated expression possibly suggests that he was attempting to depict himself in the process of drawing a sculpture or cast, given the date, probably at the Duke of Richmond’s Sculpture Gallery. That Mortimer painted this study is also instructive. Given that in 1758 Mortimer was still apprenticed to Thomas Hudson, he would naturally be learning to handle oil. The blond ground, use of liquid brown paint to block in the costume and the careful build-up of colour, all accords with Hudson’s own technique. So too does the format, Mortimer has shown himself in a feigned oval, similar to many of Hudson’s most successful portraits of the period and a format Mortimer himself adopts in his portraiture of the 1760s.