The opening of 2021 sees London back in lockdown, but whilst the gallery is closed we are delighted that our website is full of newly catalogued works. In different circumstances we would be preparing to head to New York to exhibit at the Winter Show in the Park Avenue Armory. This year’s edition of the Winter Show will be online only. We have contributed a rich range of works, which can be explored here. 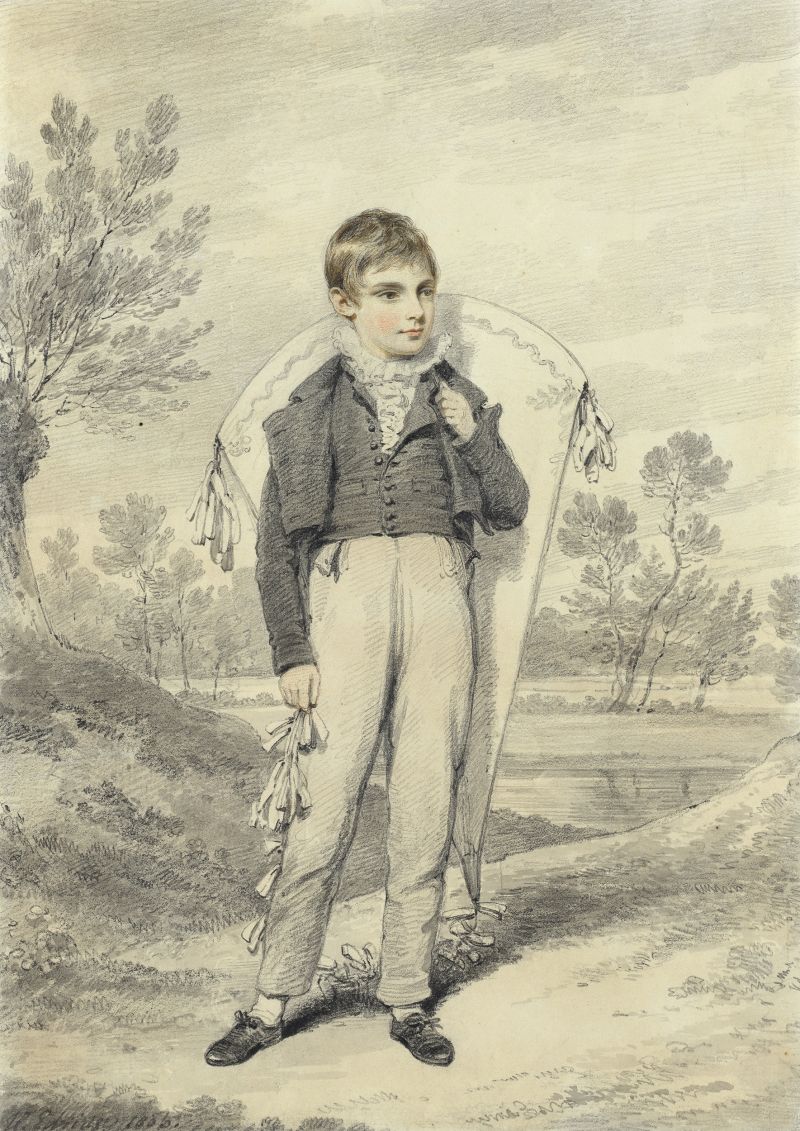 To coincide with the Winter Show we have put together an online exhibition ‘Macaronis and Matrons’ which includes twenty eighteenth and early nineteenth-century portraits. The selection, all works on paper, offer a fascinating survey of intimate elite portraiture during the Georgian period. Including works by some of the most celebrated portraitists of the period, including George Romney and Thomas Lawrence, along with a remarkable sequence of pastels by some of the most celebrated practitioners from Francis Cotes and Hugh Douglas Hamilton to Daniel Gardner.

From the 1750s onwards there was an explosion of demand for domestically scaled portraiture in Britain. Patrons increasingly assembled intimate galleries of images celebrating family and friends, frequently in parallel with more formal, oil portraiture. Pastel was the perfect medium for display in domestic spaces. The refractive quality of the surface of pastels, their diminutive scale and the need pastels to be framed and glazed, resulted in highly decorative objects. Such as the fine double portrait by Daniel Gardner of Lady Augusta Corbett and her son, Stuart which is preserved in its original carved and gilded neo-classical frame.

Towards the end of the century, artists developed other, distinctive methods for rapidly capturing a likeness and presenting a fashionable portrait. The two most celebrated practitioners of drawn portraits were John Downman and Henry Edridge. This show includes two fine works by Downman, one a large-scale portrait of Lady Nugent, the other a more intimate depiction of Mrs Arabelle Graham-Clarke, the grandmother of Elizabeth Barrett Browning. The magnificent suite of drawings by Henry Edridge depicting eight members of the same family in six drawings demonstrates his distinctive technique: placing lively, coloured heads on monochrome full-length portraits, all handled on a domestic scale.

Many of you, I am sure, have been drawn into the seductive world of Bridgerton a fantasia on a theme by Jane Austen. The popularity of the series underscores the enduring fascination we have with the lives and loves of Georgian Britain. Our exhibition includes a range of sitters, whose biographies could step directly from the pages of Austen: the aristocratic beauty who married her childhood sweetheart, the son of a celebrated painter who died young and the family group showing six siblings, each on the cusp of making their own way in the world. Personalities include the daughter of a Prime Minister, the mother of a pioneering female author and the wife of the greatest actor in eighteenth-century London. Over the coming weeks we will look in greater depth at a number of the sitters, their complex lives and the sometimes-uncomfortable source of their wealth.