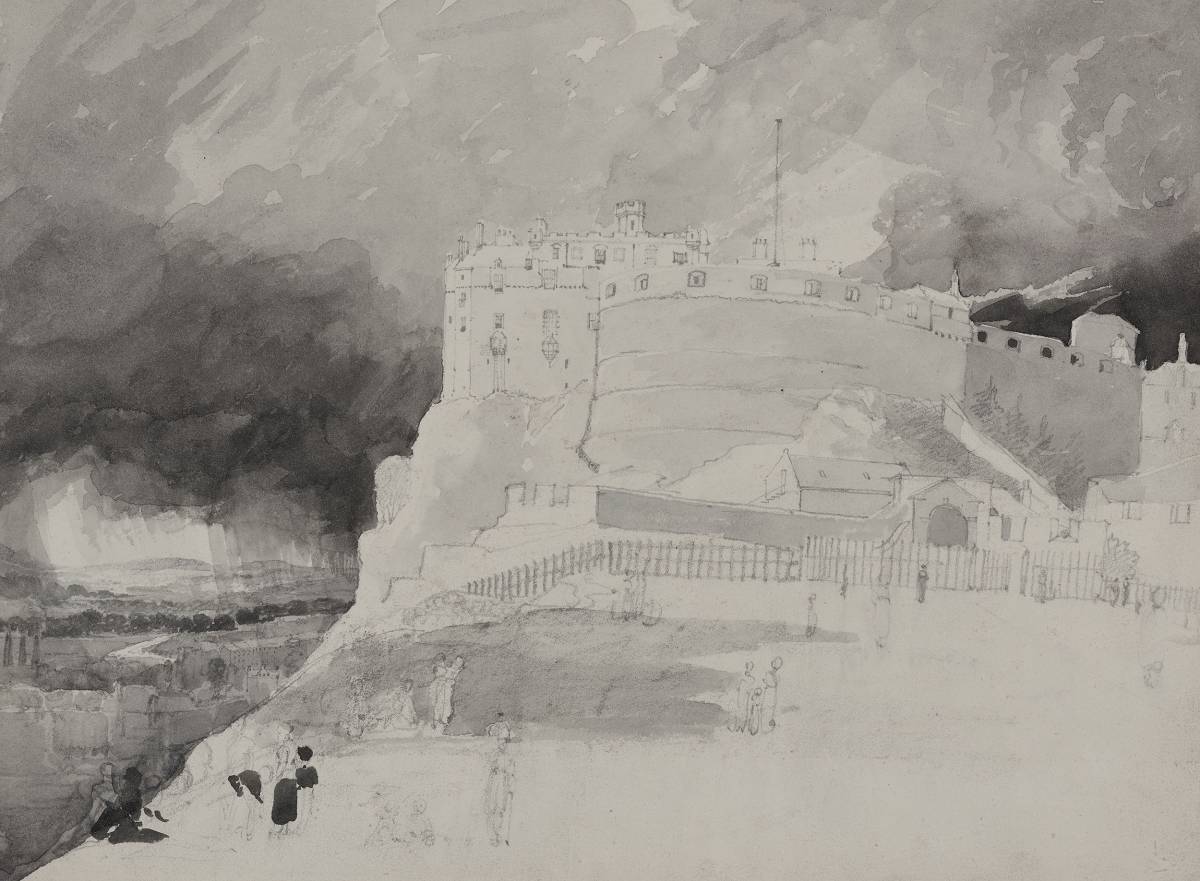 This dramatic, atmospheric monochrome wash drawing exemplifies James Holland’s mastery of watercolour which was praised by Ruskin; ‘I have seen, some seven years ago, works by J. Holland, which were, I think, as near perfection as watercolour can be carried for bonâ fide truth, refined and finished to the highest degree’[1] A century later, Martin Hardie was to note that ‘his line is sure and descriptive, swift, legible and admirably constructive’[2]

James Holland, born in Burslem, the foremost of the pottery manufacturing towns of the Midlands, was first employed, aged twelve, in the Davenport pottery works as a painter of birds and flowers, a skill that he had learned from his grandmother. After seven years he moved to London where he supplemented his income as a china painter by giving drawing lessons as well as producing watercolours of flowers which were sold by Rudolph Ackermann at his ‘Repository of Arts’ in the Strand virtually next door to the Royal Academy’s home at Somerset House. Holland was to exhibit both watercolours and paintings, in which he was equally adept, at the principal exhibiting societies: the Royal Academy, the Society of Painters in Water-Colours, the British Institution and the Society of British Artists from 1824 to the end of his career.

Holland’s reputation as a painter of landscapes and especially of buildings and townscapes was cemented by the work he executed on the extensive Continental tours, including France, the Low Countries, Portugal, Switzerland and Italy which he made from 1831. Holland became especially celebrated for his views of Venice. He also painted British subjects, especially of Greenwich where he lived for a number of years. He seems to have made only a few Scottish subjects, perhaps suggesting a single visit, and our intensely powerful view is an inspired rendering of the monumental volcanic plug and the Castle which dominated both the city and the surrounding landscape.