This delicately worked graphite drawing of the poet John Milton was made by Jonathan Richardson senior whilst he was writing his Explanatory Notes and Remarks on Milton’s Paradise Lost. Published in 1734, the book contained as a frontispiece this portrait of Milton crowned with laurels and signed by Richardson ‘from an Excelt Orig (Crayons) in his Collection.’ It seems likely Richardson owned a version of a pastel by William Faithorne from which he made this study. Richardson went to some lengths to find an accurate portrait of the poet for his book, he made a more heavily worked copy of the Faithorne pastel, also graphite on vellum, which is now in the British Museum, along with studies of the terracotta bust by Edward Pierce II of Milton. Richardson explains his choice of the current version noting: ‘tis done from a Picture which I have reason to believe he sate for not long before his Death, I have therefore given a little more Vigour to the Print.’[1]

This finely worked study is part of a series of drawings in graphite on vellum Richardson made of famous men, particularly notable figures from the seventeenth century. It was clearly prized by both father and son and is annotated with Jonathan Richardson junior’s collector’s stamp. The drawing was acquired at the beginning of the nineteenth century by the banker and collector William Esdaile and latterly belonged to the pioneering art historian Dr George Williamson who authored a series of monographs on eighteenth-century British artists. Williamson curated an exhibition on the Milton Tercentenary at Cambridge University Library in 1908. 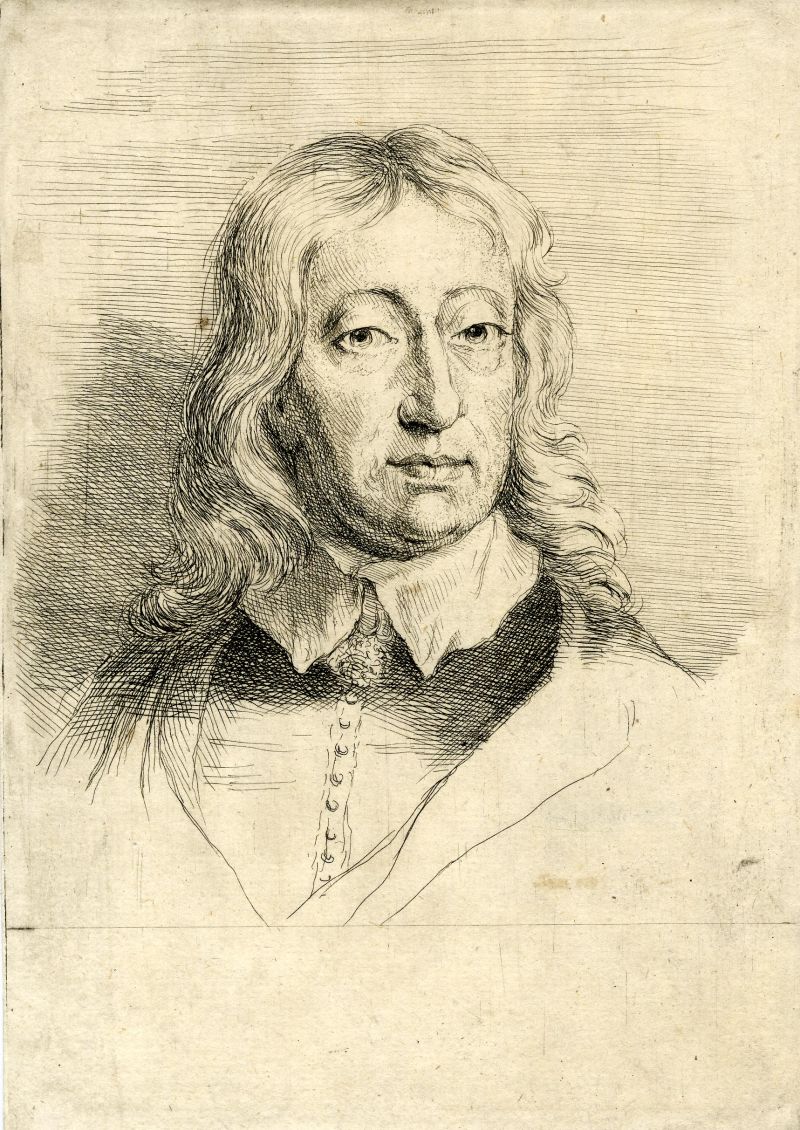