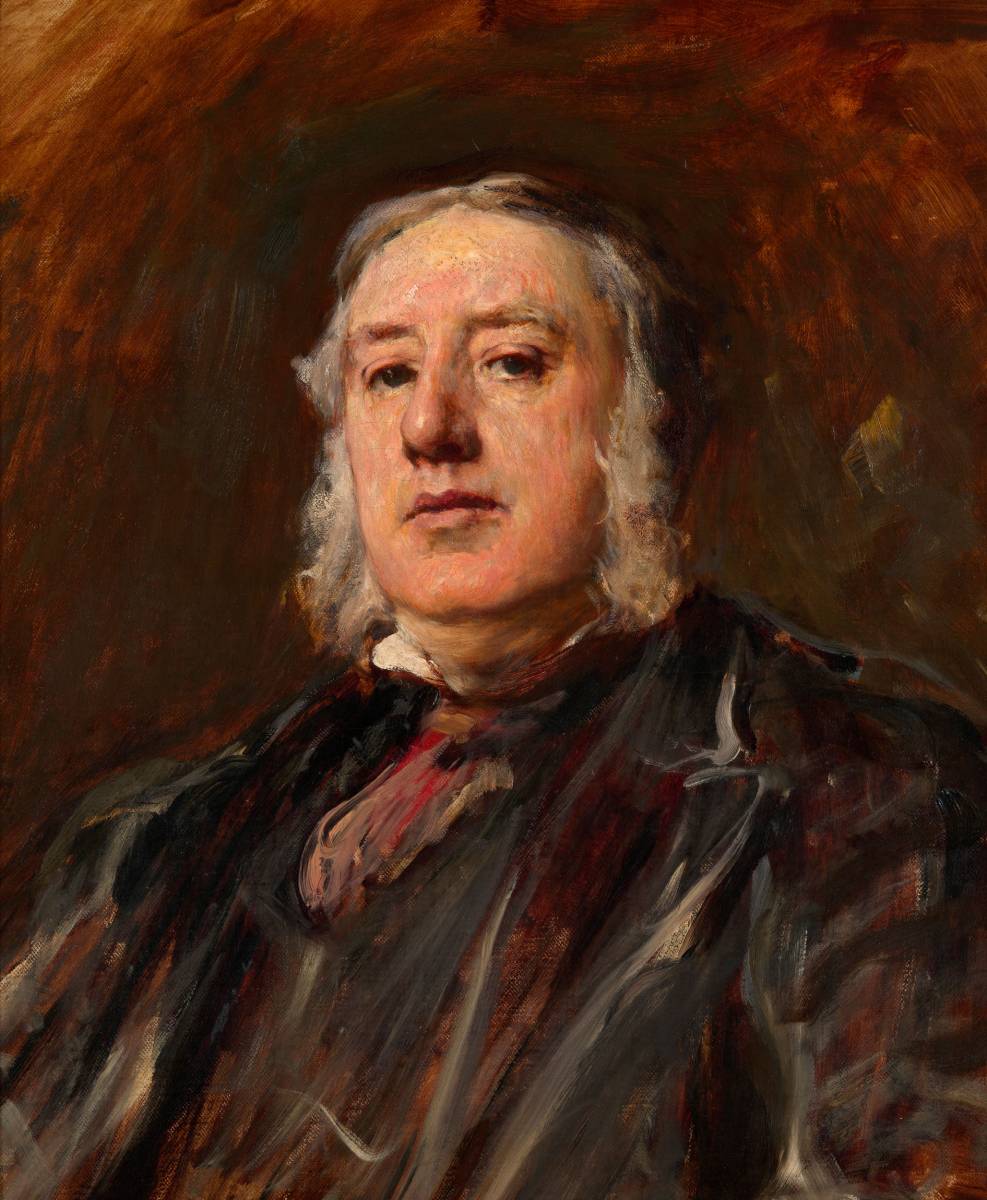 Frank Holl is best known for his genre paintings, but he was celebrated by contemporaries as a portraitists. In 1879 he exhibited at the Royal Academy a portrait of the engraver Samuel Cousins which caused a sensation and until his death in 1888 he painted a further 197 portraits of many political and society figures, Holl’s output reflected the internationalism of the art market by the end of the nineteenth century, one of his last sitter’s being the great New York banker and collector J. Pierpont Morgan, Holl’s portrait is now in the Morgan Library and Art Gallery. Morgan in-turn acquired a great deal of material through Sir William Agnew.

Holl was a close friend of Sir William Agnew, a fact testified to by their voluminous correspondence. Agnew was an early promoter of Holl’s work; Holl’s daughter, A.M. Reynolds, describing him as one of her father’s ‘dearest friends and staunchest admirers.’[1]  Agnew was Secretary of the Frank Holl Memorial Trust set up after Holl’s death; the Trust succeeded in erecting a monument in St Paul’s. Agnew frequently bought and sold Holl’s works, he acquired the Seamstresses, now in the collection of the Royal Albert Memorial Museum, Exeter, at auction in 1889 for 285 guineas and sold it in turn to one of his greatest clients Sir Charles Tennant. Agnew commissioned a portrait of the artist Sir John Tenniel in 1883. Tenniel worked as a cartoonist at Punch where he formed a friendship with Agnew, its part-proprietor. The portrait remained with Agnew until his death, when he bequeathed it to the National Gallery. In 1887 Agnew helped initiate Holl’s commission to paint a portrait of the great Liberal politician and former Prime Minister, William Ewart Gladstone. Gladstone was then Leader of the Opposition and the portrait was painted at Hawarden his estate in Flintshire, it was seen by Agnew in progress; Holl wrote to his wife that Agnew was in ‘the most wild state of enthusiasm over it.’[2]

It was in the same year that Agnew commissioned the portrait of Tenniel, that he sat to Holl himself. The present highly fluid and incisive portrait study was made in preparation for a three-quarter length portrait which Holl exhibited at the Royal Academy in 1883. The rapidly executed portrait is typical of Holl’s work and his sketchy brushwork bears comparison with his fashionable French contemporary, Charles-Émile-Auguste Carolus-Duran. Despite the apparent speed of execution, the highly finished head offers a powerful and extremely revealing character study of one of Holl’s most important supporters.

We are grateful to Mark Bills for his help in preparing this entry.