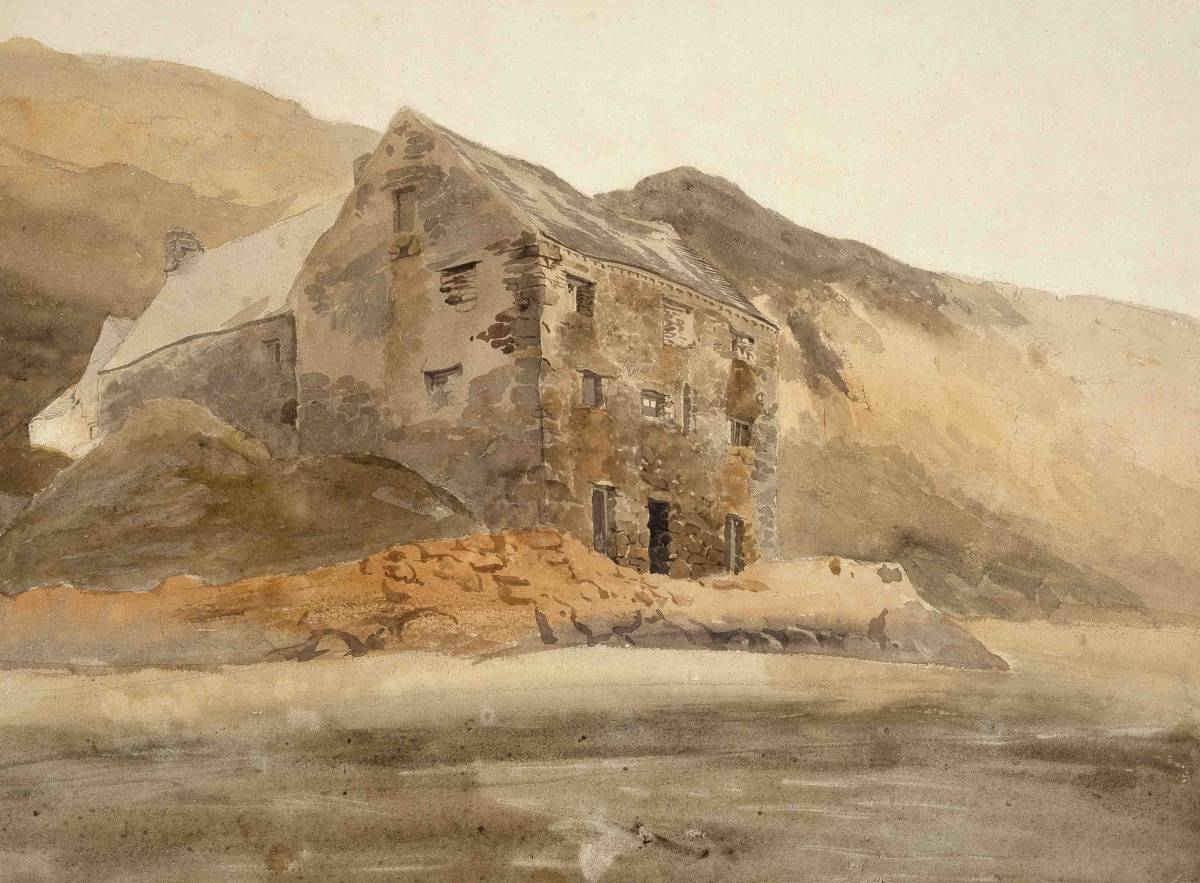 This watercolour probably dates from Varley’s second tour in Wales, made in 1803, rather than his first, as the of the handling of the watercolour medium, combined with his ability to capture both the monumentality and the decay of the structure, marks a new sophistication in his work. This watercolour records one of the many mine buildings that spread throughout Wales in the early years of the industrial revolution. The invention of the steam pump enabled shafts pumped clear of water thus enabling excavations that would previously been impossible.

Cornelius Varley was a landscape painter and inventor of optical apparatus, born in London he was the third of five children of Richard Varley. Varley's elder brother, John, became a famous watercolour artist and his younger sister, Elizabeth, married the artist William Mulready. Following an apprenticeship to his uncle, Samuel, a watchmaker, Varley began to make lenses and microscopes. He was a largely self-taught artist, who learnt by sketching from nature in the company of his brother John. In June 1802 Varley travelled to north Wales with his brother John and Thomas Webster. He returned to Wales in 1803 with the artists Joshua Cristall and William Havell when this drawing was made. Varley’s sketches from these trips constitute some of his most significant output. Rather than showing a concern for one single impression or the construction of a successfully controlled pictorial space, they concentrate on the detailed observation of different landscape features as they appear at a particular moment rendered in colour on the spot.  In the second half of the twentieth century, his work became appreciated for its freshness and its role in pioneering a ‘naturalistic’ mode of landscape painting. Watercolours such as this are remarkable for their attention to detail and to changing atmospheric effects.