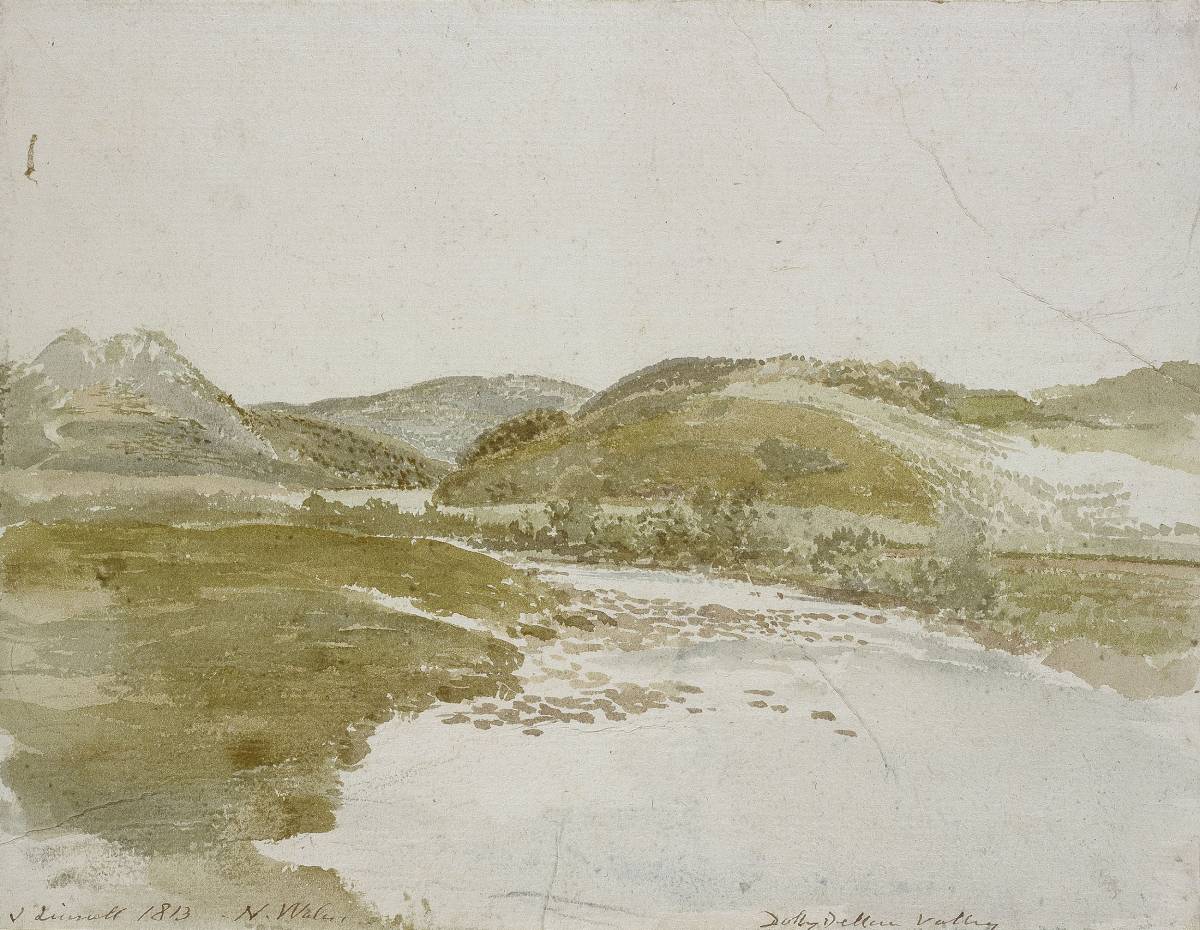 This sensitive watercolour was made by Linnell during his transformative trip to Wales, when he experimented with new colour and light effects.  In August 1813, Linnell set out on a month’s tour of Wales accompanied by George Lewis, an engraver who had recently made prints, after Michelangelo’s drawings, as illustrations for William Young Ottley’s Italian Schools of Design. Linnell’s choice of travelling companion is perhaps indicative of his interest in Renaissance principals of art and his desire to combine these with his personal perceptions of landscape.

In his autobiographical notes, Linnell recorded: ‘I saw that elaborate drawing which was only to be acquired by drawing the naked figure was essential in everything – in trees and rocks as much as the figure itself and that it was their quality which I felt to be so entirely the source of all that I admired in the works of the great men of Italy and Germany.’[1]

This trip had a profound effect on Linnell, who had never been further from London than the Sussex downs. He established his independence as an artist and also abandoned his interest in a picturesque mode of landscape. As he later noted, this summer tour provided him with endless inspiration: ‘I have never visited Wales since but that one month’s study supplied me with material for life.’