This boldly drawn landscape was made by Ruskin at Les Houches looking towards the peaks of Chamonix, close to Mont Blanc. Carefully topographical, Ruskin has drawn a detailed view of the mountains and yet the dramatic use of watercolour washes points to his growing interest in the work of J.M.W. Turner. Made during Ruskin’s 1842 tour to the Continent which had been planned as a holiday after Ruskin’s Oxford examinations. The goal was Chamonix, the place he was to celebrate so often in word and picture after his first visit in 1833, when he admired ‘the rich luxuriance of the cultivated valley, the flashing splendour of the eternal snow, the impending magnificence of the bare, spiry crag, and the strange, cold rigidity of the surgy glaciers so dreadfully and beautifully combined.’[1]

Ruskin spent about three weeks there in June and July 1842 he studied rocks, plants and made a few drawings of which this is one of the most ambitious and successful. As Paul Walton has pointed out, comparatively few drawings survive from this trip: ‘due to his new and conflicting ideas about truth to nature, the sketchy impressionism of Turner... and his former elegant style.’[2] Walton describes this type of drawing as being ‘in his best Roberts style’, in other words, the careful topographical register of the great landscape painter David Roberts. The deliberate line and areas carefully worked up in colour do suggest the influence of Roberts, whilst the suggestion of the sky points to the type of atmospheric effects he was learning from Turner. 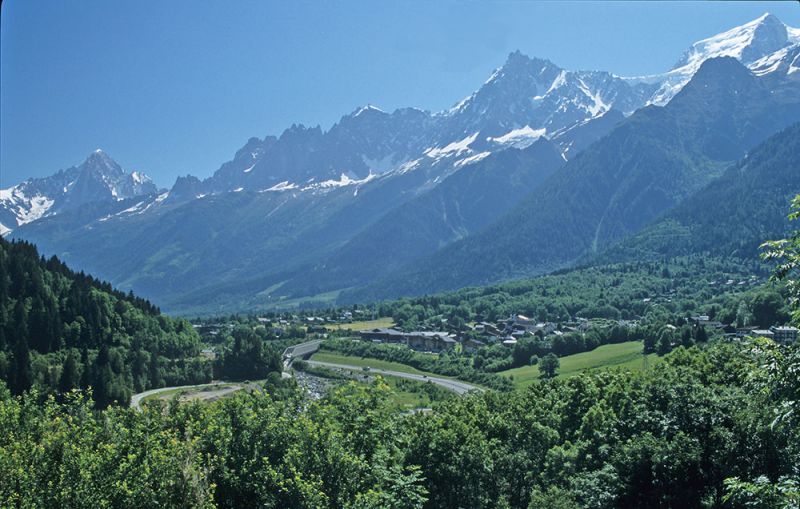