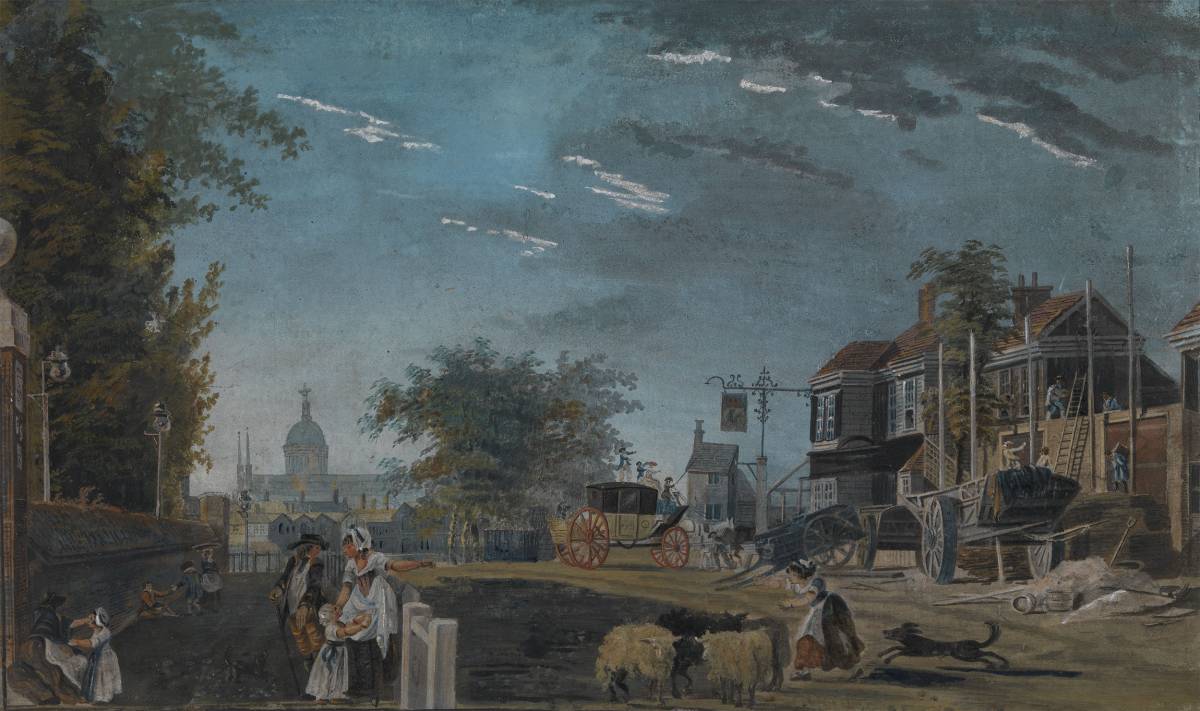 Miller exhibited London views extensively at both the Royal Academy between 1781 and 1788 and the Society of Artists. At the latter, in particular, Miller exhibited a number of views of south London, including: ‘A view taken from Lambeth church yard’ in 1775 (no.149) and ‘a view of Battersea Bridge’ the following year (no.242). Miller’s most famous surviving works are the fine view of Cheyne Walk preserved in the Victoria and Albert Museum and an album of drawings which were formerly in the collection of Dudley Snelgrove (Sotheby’s, London, 19 November, 1992, lot. 204).

This beautifully preserved work depicts the original coaching inn: The Elephant and Castle. This appears to be the earliest surviving depiction of the establishment which lends the roundabout and the surrounding district in Newington its name. Showing the view due north with St Paul’s Cathedral in the distance, Miller’s characteristic interest in the incidental detail of London life means that the scene is animated with beggars, a coach arriving at the Inn, a woman trying to herd sheep pursued by a barking dog and the Inn itself which is shown under renovation with all the paraphernalia of a London construction site (sand, spades, scaffolding and wagons). As a highly evocative image of south London made in the 1780s and the earliest recorded depiction of one of the most celebrated coaching inns on the periphery of London, this is a significant as well as compelling view and an important addition to James Miller’s limited oeuvre.