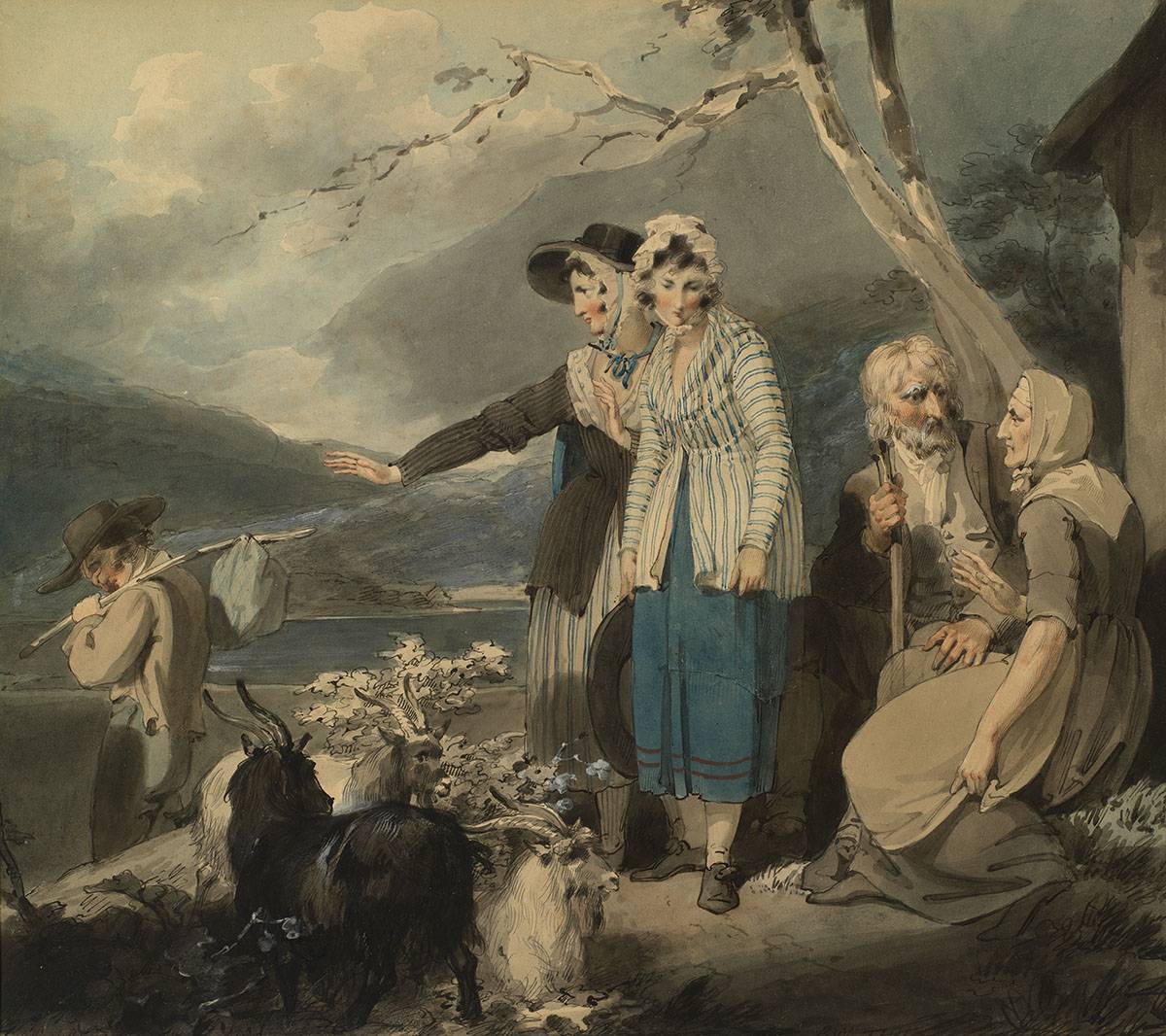 This early watercolour by Richard Westall forms part of a series of four genre scenes depicting rural figures from different regions that he exhibited at the Royal Academy in 1791. The watercolours captured scenes of rural poverty, in this case, a scene set outside a cottage in Wales.

The family shows an elderly couple with two young women, recognisable in a form of clothing that would evolve into the traditional Welsh costume (Gwisg Gymreig draddodiadol), particularly the high-brimmed stiff black hat, one of the women is gesturing towards a young man, who is seen leaving the family. The meaning of the drama was clear to the modern viewer, the young man has been forced from the family to seek employment elsewhere. Westall's watercolour and the celebrated stipple engraving produced after it by Giuseppe Bortignoni in 1799, depicted one of the most profound social ruptures of the eighteenth century, the depopulation of the countryside.

From the middle of the eighteenth century the rapid rise in the enclosure of common land and the associated phenomenon of engrossing (creating one large farm by purchasing many small ones), meant that for many rural famillies their source of income and way of life came under threat. There was consequently a national debate over the relative merits of the cash against the moral economy, with agricultural capitalism pitched against a nostalgic vision of what was supposed to be the traditional way of country living. Perhaps the most significant cultural intervention into this debate was Oliver Goldsmith's poem of 1770, The Deserted Village. This portrayed the socially catastrophic consequences of a village engulfed in the land-grabbing of an engrosser: as the village loses its population to migration, it dies and a way of life disappears. In Westall's powerful watercolour, the only able man of the family has been forced to seek employment away from his village, either in one of Wales's new industrial sites or in the city. As such, Westall's watercolour is a powerful critique of rural poverty and economic mirgration in the 1790s.

Preserved in spectacular condition, this rare, exhibition watercolour is an important statement of urban political culture at the end of the eighteenth century. Westall was a London based painter, producing a sentimentalised depiction of the Welsh countryside for a metropolitan audience. Through the popular engraving, Westall's image reached a wider middle-class audience who sympathise with the shifting economic fortunes of rural Britain, whilst benefitting from the increased prosperity driven by new agricultural methods and industrialisation; it is striking, that the first owner of this watercolour was Richard Payne Knight the beneficiary of a major Welsh industrial fortune. 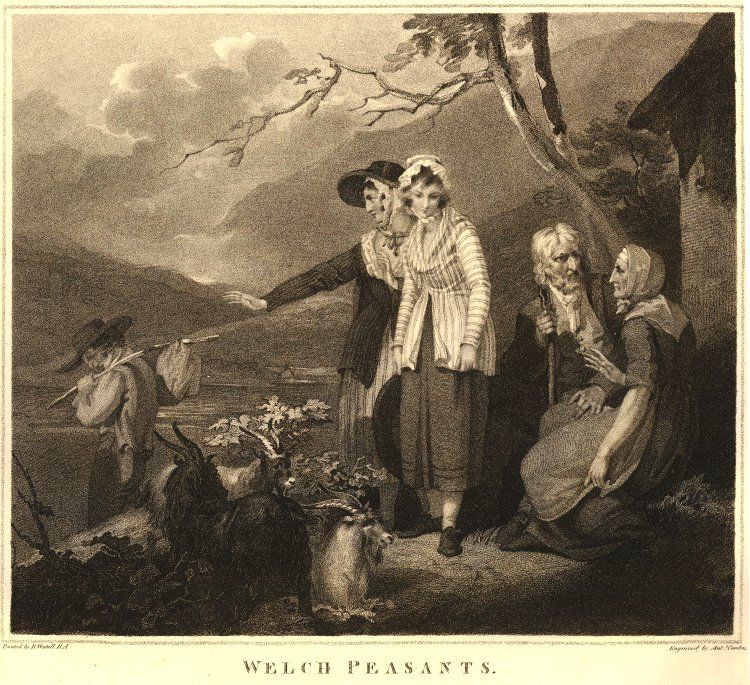