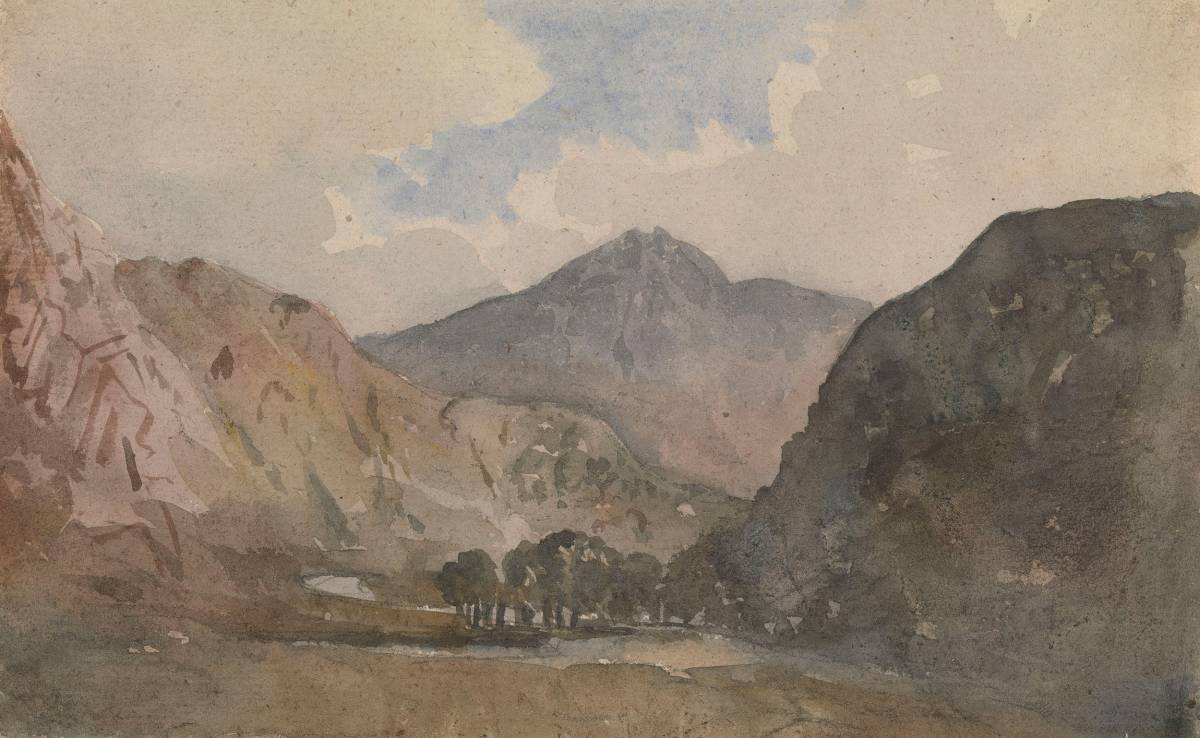 One of the founder members of the Water-Colour Society, Joshua Cristall, best-known as a figure painter, enjoyed success late after a struggle to pursue an artistic career in the face of parental opposition and relative poverty. He eventually entered the Royal Academy Schools in about 1795 and benefited from the interest of Dr Thomas Monro. Cristall was soon introduced into the Varley circle and he made two highly productive trips to Wales in 1802 and 1803, accompanied by his friend, Cornelius Varley, but did not return to North Wales until 1820.

Cristall’s pure landscape work is unusual for the period inasmuch that it is almost entirely made en plein air and executed in pure watercolour. This remarkably controlled wash study of Snowdonia demonstrates Cristall’s ability to both capture fleeting effects of climate and his understanding of composition. Cristall, like David Cox, was highly conscious of his materials, utilising the course texture of the laid paper to add to the effect of the composition.