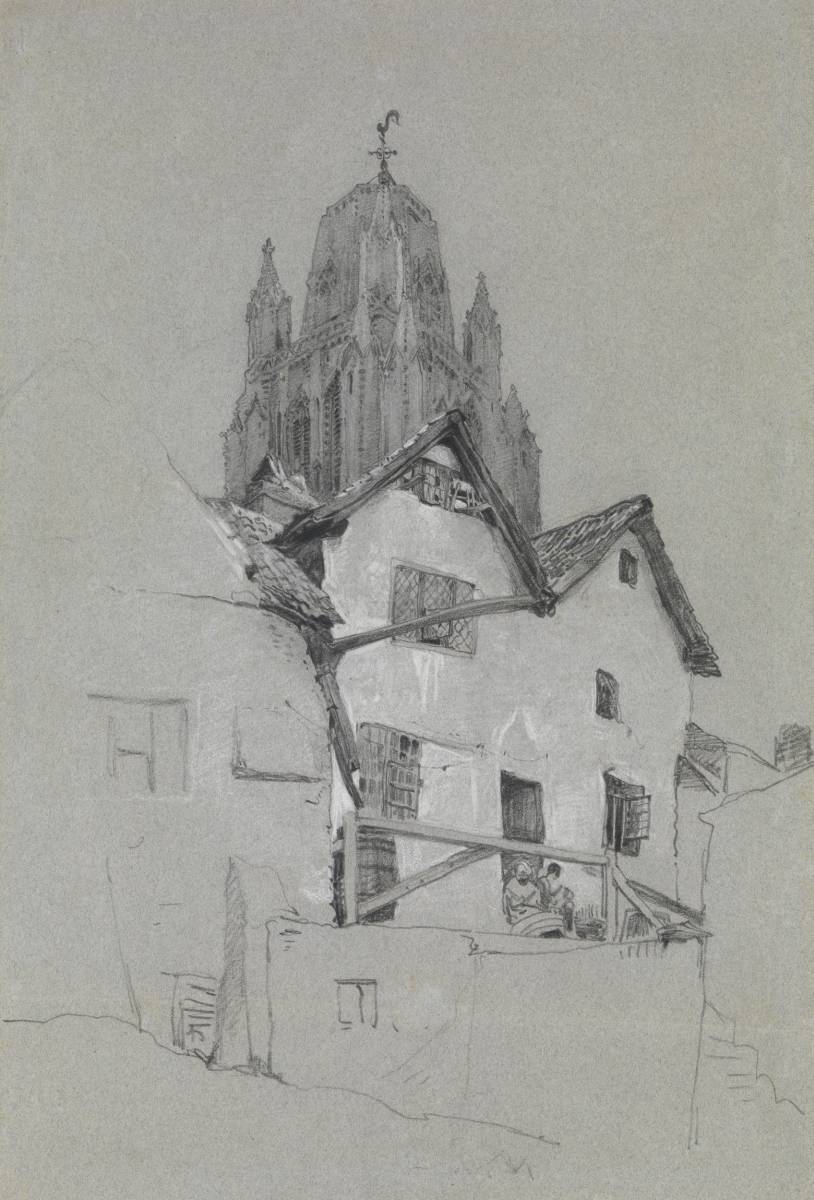 This beautiful drawing was made by William Mulready in around 1806 when he was working closely with John Linnell and John Varley. Rendered in black and white chalk on distinctive blue paper, this carefully produced drawing was almost certainly made en plein air. St Marys Redcliffe, the spectacular parish church in Bristol, is recognisable from its missing spire, which had been destroyed by lightning in 1446.

Mulready has deliberately shown the partial spire looming over the surrounding houses, capturing a sense of the claustrophobic, ramshackle port. Carefully rendered in black and white chalk, Mulready has skilfully used the blue paper to act as a mid-tone. It is possible that Mulready selected the view for more than its picturesque potential, the poet, Thomas Chatterton had been born in a house next to the church in 1752, his father served as sexton to the parish. Since Chatterton's death in 1770 his reputation had gradually risen and in 1803 a new edition of his works was published by Robert Southey and Joseph Cottle. Chatterton's genius and is death were commemorated by William Wordsworth in Resolution and Independence (1802), Samuel Taylor Coleridge in Monody on the Death of Chatterton (1790) and Keats in his sonnet 'To Chatterton' (1815).

Mulready was fascinated by the painterly potential of ramshackle buildings, producing a sequence of paintings of cottages and run-down rural dwellings in the years around 1806. Mulready has scrupulously rendered the casements, roof and stained walls of the house in the foreground which offers a neat foil to the architectural splendour of the partial spire of St Mary Redcliffe.