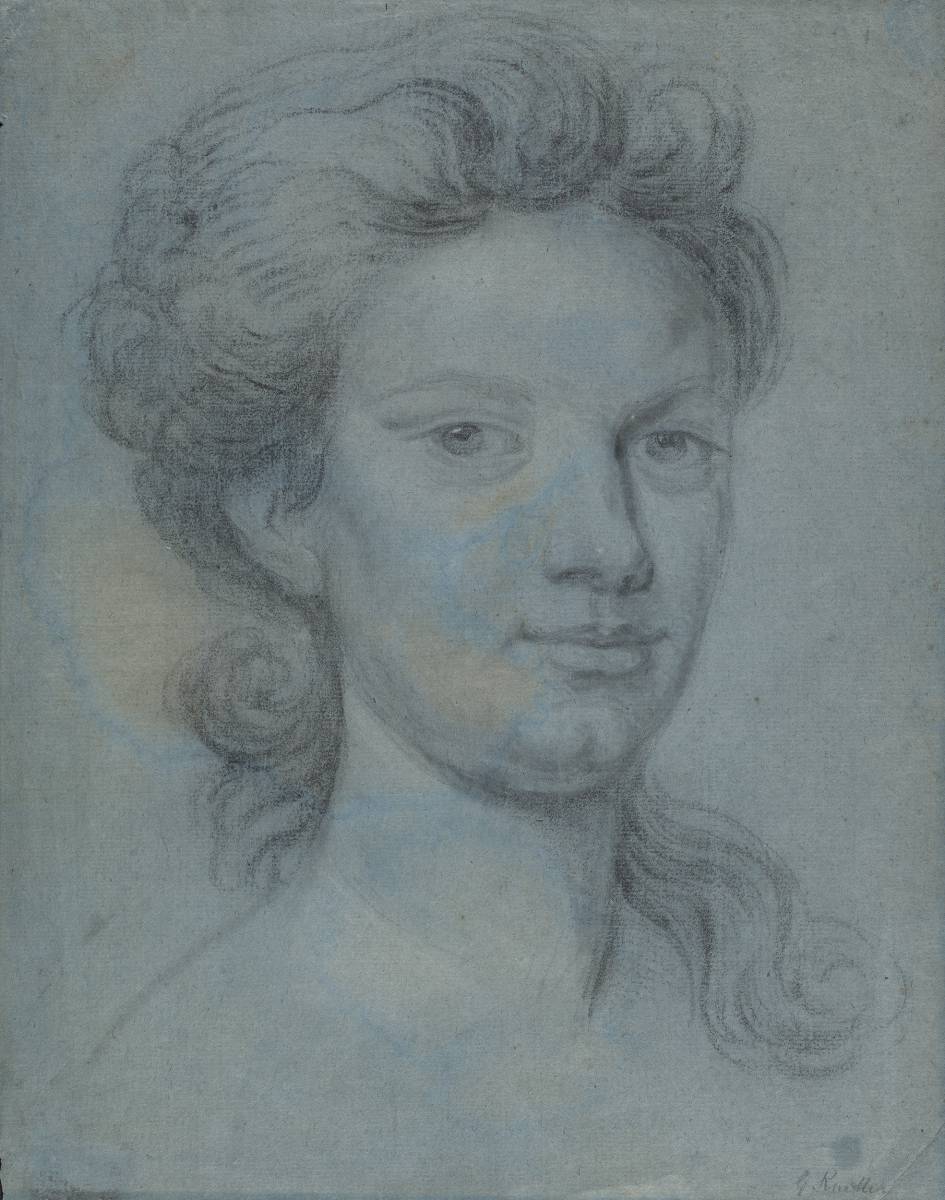 This bold and immediate head study was made by the most prolific and successful painter of the early eighteenth century, Godfrey Kneller. Kneller was born in Lübeck in Germany and came to Britain, according to his early biographer, Marshall Smith, after time spent studying in Italy: ‘longing to see Sir Anthony Van Dyck’s Works, being most ambitious of imitating that great Master, he therefore at length came into England.’ By 1700 Kneller had achieved an unassailable position as the most successful painter in London. He was Principal Painter to William III and Queen Mary and was knighted in 1692, royal favour was further underlined by his appointment as a Gentleman of the Privy Chamber and by the gift of a sword.  Perhaps at the King’s insistence, Kneller received an honorary doctorate from the University of Oxford in 1695 and four years later William III gave him a large gold medal with the royal image and a gold chain, similar to those presented to Van Dyck by Charles I.

Kneller had a large studio in the Piazza, Covent Garden where he employed a formidable number of personnel ensuring the smooth running of his complex practice. Vertue, in his notebooks, lists drapery assistants (such as Marcellus Laroon the elder and John Peeters) ‘posture’ painters, such as John Baptist Gaspars and professional copyists, who replicated his portraits for clients. It is unclear precisely how important drawing was to Kneller’s practice; comparatively few drawings survive. The present drawing suggests Kneller was aware of the model of Van Dyck. The painter William Gandy noted: ‘Little Gibson told me Vandyke would take a little piece of blue paper upon the Life & draw his figures & postures all in Suden lines, as angles with black Chalk & heighten with white Chalk.’ Kneller’s use of blue paper and his rapid use of black chalk to record the sitter’s likeness all suggest his knowledge of Van Dyck.

Although the sitter has not been identified, the head and pose is the same type as seen in Kneller's full-length portrait of Mary, Marchioness of Rockingham at Aston Hall, a work of 1720. Stylistically, it is comparable to a Man in a Cap which J Douglas Stewart dated to circa 1715-20. Stewart points out that in every case where a comparison can be made, there are differences between the preparatory drawing and the finished painting, which he considered as evidence that Kneller used his drawings as an aid rather than as something to be transferred literally from paper to canvas.[1] This large sheet is a rare survival, as comparatively few ad vivum portrait drawings by Kneller are known.