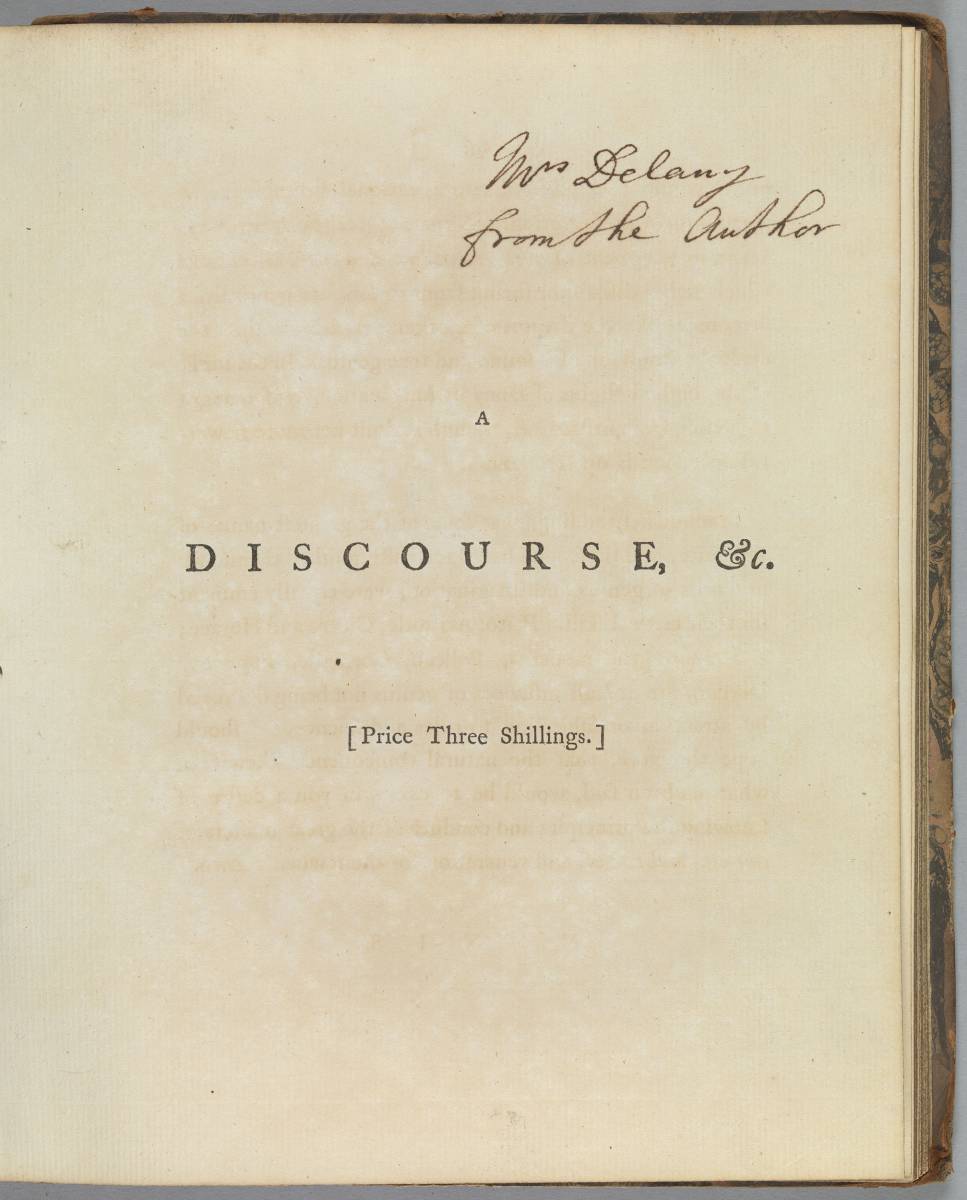 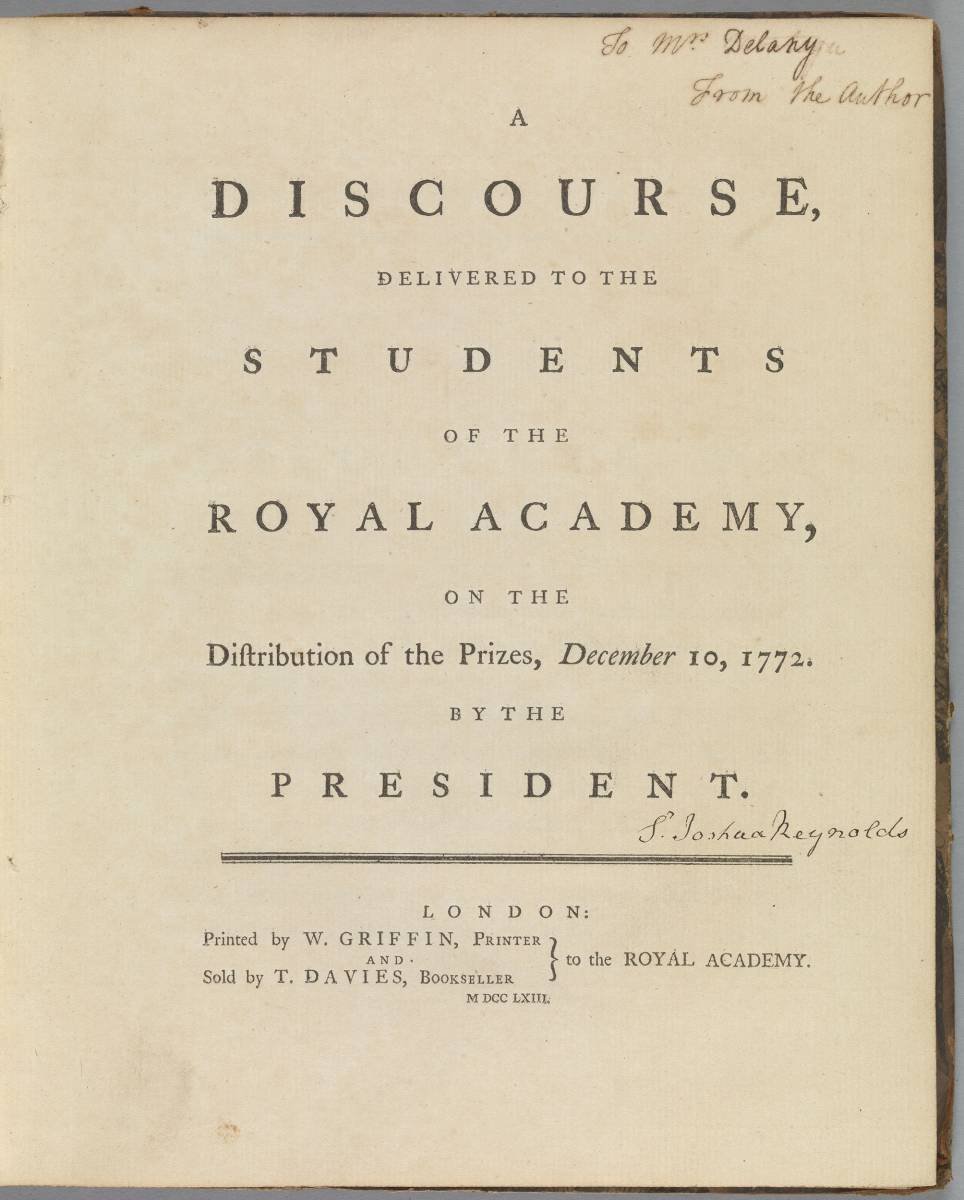 This volume contains the first editions of seven of Reynolds’s Discourses individually published by Thomas Davies and Thomas Cadell for the Royal Academy and presented by Reynolds to Mary Delany, the well-connected courtier and collagist. Reynolds’s Discourses, delivered annually at the Royal Academy, are the most significant theoretical text on art produced during the eighteenth century in Britain. Reynolds wrote fifteen discourses between 1769 and 1790, each one (with the exception of the inaugural Discourse and the ninth) delivered on the occasion of the distribution of prizes to the academy's students. From 1769 to 1772 they were delivered annually, thereafter biennially. Each discourse was published shortly after its delivery.

In his first discourse Reynolds stressed the vital role played by the living model, a linchpin of academic training since the Renaissance. Subsequent discourses went beyond the scope of art education, synthesizing ideas found in a wide range of aesthetic treatises including classical authors, Horace and Longinus; Renaissance artists, Leonardo da Vinci and Lomazzo; French seventeenth-century theorists, Charles Le Brun, Henri Testelin, André Félibien, and Roger de Piles, as well as more recent texts by Algarotti, Winckelmann, Edmund Burke, and Adam Smith. In the earlier discourses, particularly the third and fourth, Reynolds set out his ideas on the guiding principles of high art, which he believed were embodied in the ‘great style’. According to Reynolds, the 'great style' endowed a work with 'intellectual dignity' that 'ennobles the painter's art; that lays the line between himself and the mere mechanick; and produces those great effects in an instant, which eloquence and poetry, by slow and repeated efforts, are scarcely able to attain.’ Reynolds was in no doubt that the artists who had come closest to this ideal were the Roman, Florentine, and Bolognese masters of the Italian Renaissance, especially Michelangelo, Raphael, and Lodovico Carracci. While he greatly admired the Venetians Titian and Tintoretto, Reynolds considered that their preoccupation with colour and effect militated against the purity and severity of the ‘great style’. In his later discourses Reynolds addressed major aesthetic concepts, including the nature of genius, originality, imitation, and taste. Here, again, he explored his themes with reference to the leading masters of the ‘great style’, although he appears increasingly to acknowledge the contributions of artists lower down the scale, such as Rubens and Rembrandt—both of whom greatly influenced his own art.