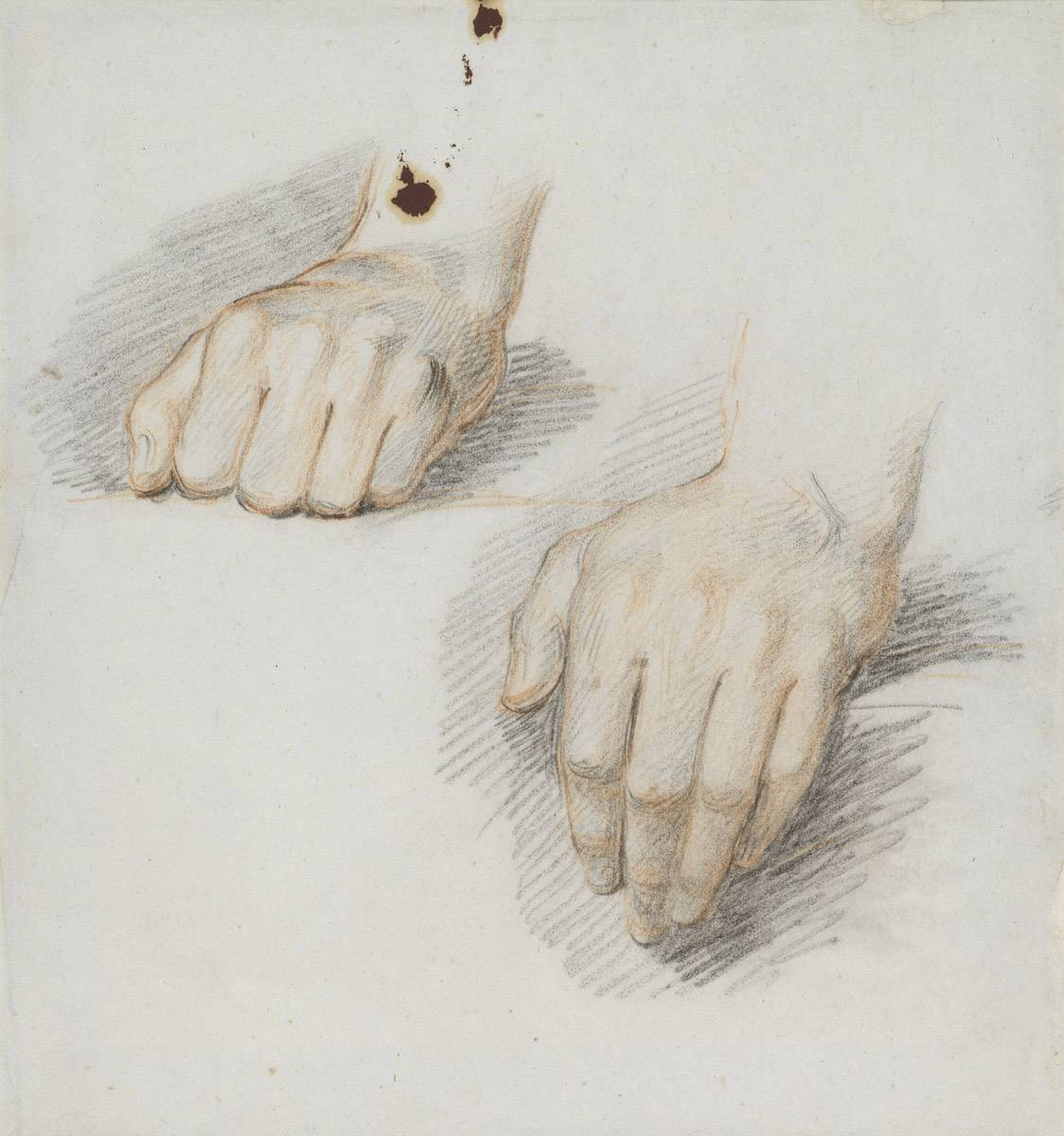 Michael Levey noted that Lawrence was a draughtsman of: ‘instinctive, masterly ability, drawing with a facility far beyond anything that Reynolds could attempt, and with a precision of outline alien to Gainsborough. At the basis of his paintings always lay drawing – quite literally.’[1]

Unlike the portrait drawings which are the best-known aspects of his practise as a draughtsman and which were intended for a public audience, the lesser-known studies such as this present example demonstrates his abiding love of and fascination with the actual art and process of portrait painting and underlines the extreme degree of skill and professionalism that he brought to his paintings which superficially appear to owe more to Lawrence’s painterly qualities than to his skill as an anatomical draughtsman.

In his early years in London Lawrence spent much time studying Antique sculpture in order to understand the human form, before being allowed to move onto the live model. However, as Lawrence had already been practicing as a portrait painter in Bath, prior to his entry to the Royal Academy Schools, he was in many ways advanced of his fellow students as Henry Howard, R.A.: ‘remarked his [early] proficiency in drawing …was such as to leave all his competition in the antique school far behind him.’[2]

This drawing demonstrates Lawrence’s interest in the mechanics of his art and his devotion to drawing, not only as a skill but as a form of study vital to a practising artist. To that end Lawrence not only made drawings such as these for his own elucidation but obsessively collected the drawings and studies of past masters to further his understanding. 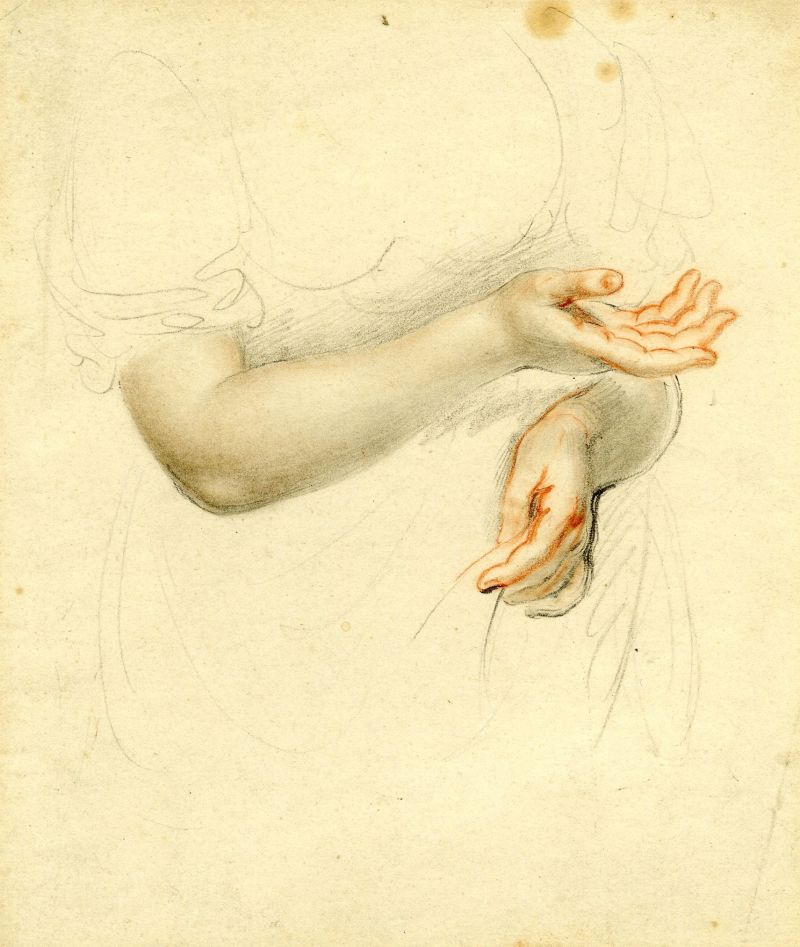