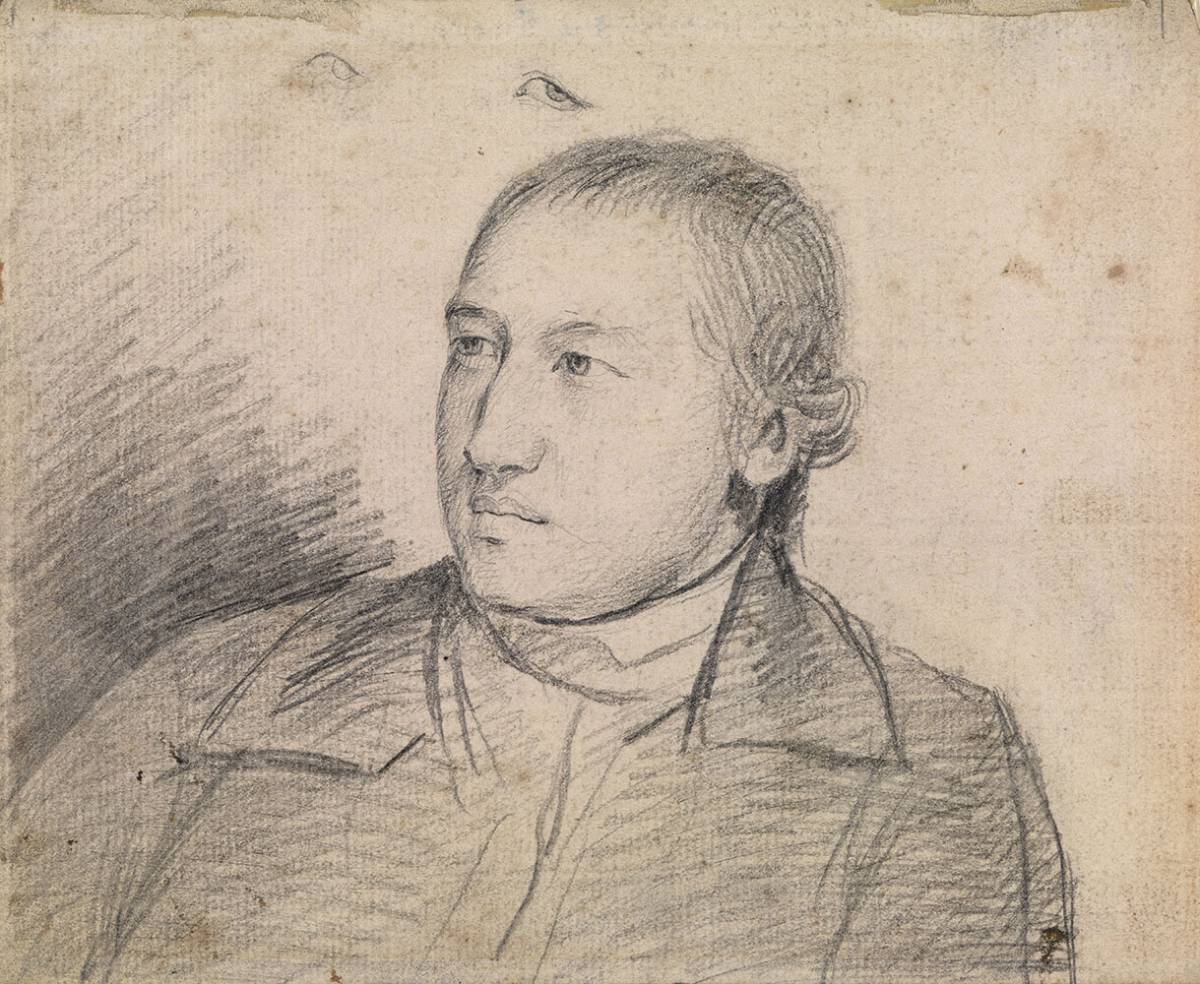 This drawing is one of only two known portrait drawings by Romney (as opposed to preliminary studies for portraits) and is dated by Alex Kidson as being executed no later than 1769.

It is likely that the present drawing was originally part of a sketchbook, now largely dismembered (Abbot Hall Art Gallery, Kendal), which Kidson notes, contained some of Romney’s most beautiful early drawings. This drawing, and a second sheet formerly with Andrew Wyld, have been identifying as depicting the Rev. William Atkinson, the finished portrait is in a private collection (Alex Kidson, George Romney: A Complete Catalogue of His Paintings, New Haven and London, 2015, vol.I, cat. no.40). Our drawing is close to the finished painting, suggesting Romney used this drawn study to prepare the final portrait. As a beautifully handled, sensitive portrait study, this sheet is an important and rare survival.