We are putting our final touches to our latest catalogue of recent acquisitions, which will be published in October. Amongst a very strong group of eighteenth and early nineteenth century pictures, we are excited to be publishing the identity of a rare and important documented servant portrait made by Joseph Wright of Derby in around 1780. The sitter has long been called, on the basis of an entry in Wright’s own account book, as 'Old John at the King's Head’ and the circumstance of the commission explained by Wright’s further entry: ‘Raffled for & paid.’ But our new research shows that the sitter was the head waiter at Derby’s principal Coaching Inn, the King’s Head, one John Tonson. 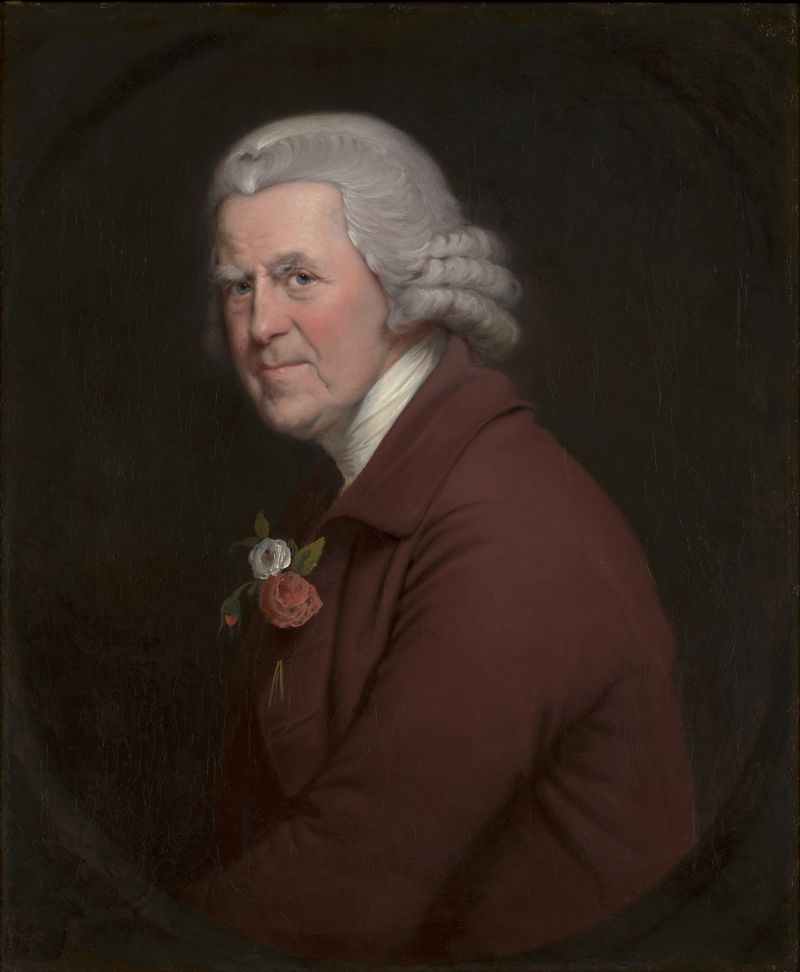 By 1780 Joseph Wright was a celebrated figure in his home town of Derby, having achieved considerable success in London’s exhibiting societies, travelled to Italy and published engravings which had achieved international success. In 1777 he had returned from Bath permanently to live in Derby and service a local, loyal clientele; men growing prosperous as a result of burgeoning industry and commerce. Derby itself was a rapidly expanding town with almost 10,000 residents by 1788, it was a crucible of manufacturing innovation and the latest scientific thinking. To the east of the town, in the River Derwent was Lombe’s Mill, the first successful silk throwing mill in England and on the Nottingham Road William Duesbury’s porcelain factory which became Crown Derby following a visit from George III in 1775. The King’s Head, Derby’s largest Coaching Inn, was situated at the heart of the town in Corn Market off the Market Place.

As in most county towns of the period, the King’s Head served as a transport hub and consequently the locus for much local activity. It played host to: auctions; balls; clubs, both political and philosophical; officials in town for the assizes as well as visitors occupied on commerce or fashionable industrial tourism. It was from one of the latter, the American loyalist Samuel Curwen visiting Derby in June 1780 that we get a description of ‘Old John’ himself:

'[a]lighting at King's Head Inn… our attention soon after our arrival was employed on a singular phenomenon in the person of John Tonson, who had been a waiter in this inn for 43 years the 15 years immediately preceding the present service, Porter to Sir Robert Sutton, and the 11 before that to the Earl of Ferrers, in which capacities by his own relation, he seems to have given content; is now in 87 year, and though somewhat decrepid and stooping, carrys no mark of age in his face, that still retains a rubicund complexion without a single wrinkle, and a lively, strong memory without the least impairment, indeed all his faculties appear to be in full vigor, which we have surprizing proofs of in course of 2 or 3 hours’s attendance. The family of Ferrers still keep up a respect to their old servant, and now and then send a carriage for him, especially at Christmas and Holiday time where he is made welcome and generally has the hand of one of the fair ladys at Country dances. So late as last Christmas I dance, said he, from 11 to 4 o’clock there in a country dance with one of the Ladys. On my saying he was too old for that tiresome exercise, he replied a good fiddle inspires me with vigour enough to acquit myself to the Lady’s liking, and makes me for a while return to youth, far otherwise it should seem then was Sir Francis Wronghead. Canna hand it. He has been a sprightly fellow in his day, and very probably, for that reason, in the good graces of many a fine lady of quality which indeed he interest with an honest unaffected simplicity.’

Curwen offers an unusually detailed account of John Tonson and his career as a servant. According to the details he recorded, Tonson was born in 1693 and employed at Staunton Harold by the 1st and 2nd Earls Ferrers followed by the diplomat Sir Robert Sutton before being employed at the King’s Head in around 1737.

Curwen’s description of Tonson appears to be remarkably close to Wright’s portrait. Wright shows the slight stoop, the ‘rubicund complexion’ and remarkably unlined face, he also offers a penetrating psychological portrait, capturing the intelligence and humour (‘the honest unaffected simplicity’) that had charmed Curwen. Wright has placed Tonson in a feigned, painted oval, setting the figure slightly off-centre this gives the sense of Tonson in action, the busy waiter at work, rather than the more usual static portrait format.

The circumstances of the commission are not entirely clear. Wright’s Account Book contains the note ‘Head Raffled for & paid 12.12’, suggesting that Wright was paid the going rate for the portrait but that it had been initiated as the prize of a raffle. Wright’s early biographer William Bemrose stated that: ‘amongst the portraits known to have been exhibited at the Town Hall may be mentioned that of ‘Old John’ head waiter at the King’s Head Inn, which was raffled for ten guineas, and won by Danl. Parker Coke, Esq. This picture, which represents ‘Old John’ with roses in the button-hole of his coat, and a smiling and intelligent face under his wig, is now in the possession of Lord Belper.’ Considering Tonson’s age in 1780 – 87 according to Curwen – and his popularity amongst people of ‘quality’ it seems likely that the painting was raffled to provide a pension, although as Judy Egerton pointed out, 10 guineas seems high for an individual ticket. 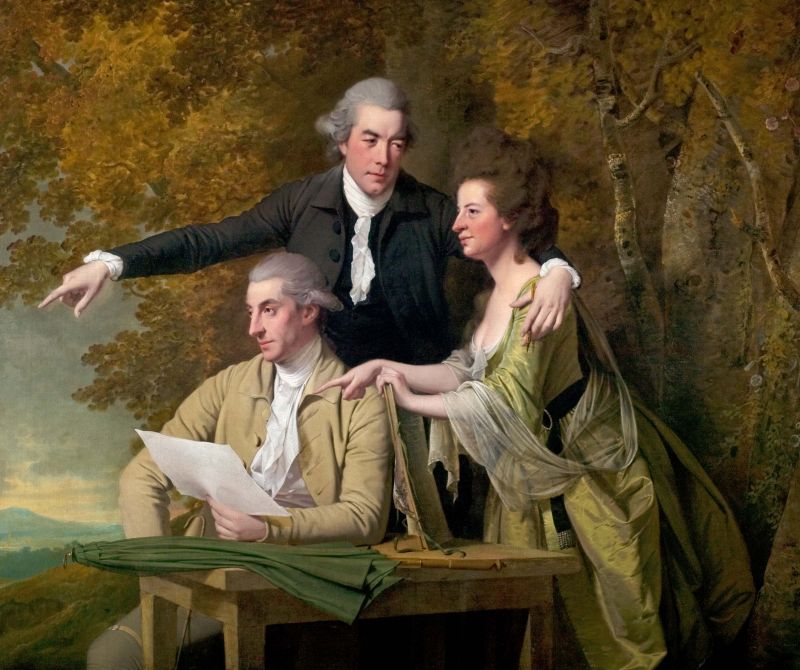 The painting was won by Daniel Parker Coke, the independent MP for Derby and a patron of Wright. Coke was to feature in one of Wright’s most celebrated conversation pieces The Rev. D’Ewes Coke, his wife Hannah and Daniel Parker Coke. The King’s Head was certainly a centre for political activity, The Derby Mercury recorded that the ‘True Blue Club’ met ‘every fourth Tuesday in the month.’ The conservative ‘True Blue Club’ counted leading members of the county as members, including Richard Arkwright of Sutton Hall, Sir Henry Fitzherbert of Tissington and Robert Holden as Steward; all were patrons of Wright.