We are excited to announce that from the beginning of February we are now trading as Lowell Libson & Jonny Yarker Ltd. 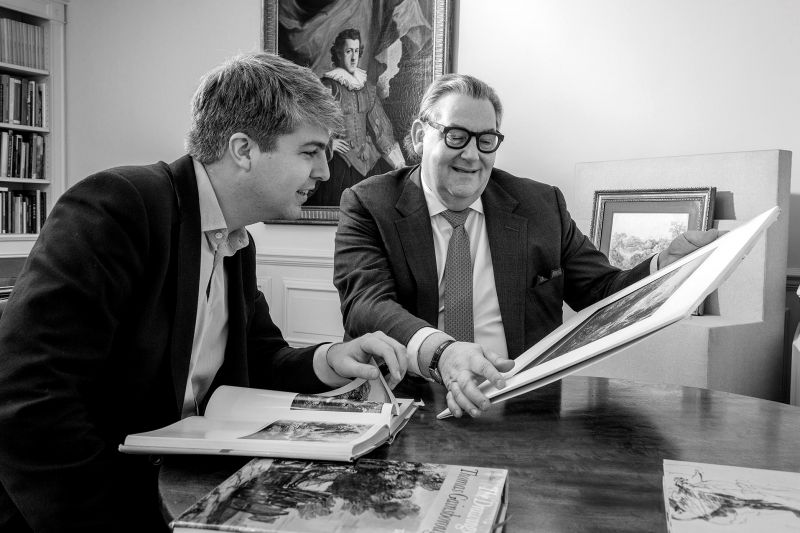 Herewith, our press release announcing this news to the wider world:

Lowell Libson said ‘I was delighted when Jonny joined the business five years ago and during that time we have worked very happily and successfully together. Jonny has made a huge impact on the gallery and he has played an extremely significant role in developing the business with me in recent years; now is the right time to recognize this working partnership in a tangible way’ Lowell Libson also commented. ‘I am very excited about the future, Jonny is a talented dealer, a leading scholar and a good friend and I look forward to our new venture together.’

Jonny Yarker had recently finished his PhD when Lowell approached him to come and work at the gallery. ‘I admired Lowell long before I met him, he had this amazing reputation for supporting scholarship and exhibitions of British art, I remember when I was a student seeing his name everywhere’ says Yarker, ‘little did I think I would end up working for him.’  Libson has a reputation for supporting innovative scholarship in British art and the gallery has sponsored major exhibitions at the Royal Academy, British Museum, Courtauld, Ashmolean and Morgan Library and Museum in New York.

With Jonny on board, the company could build on its reputation for research and their projects were able to become more ambitious. For example, in 2014 they mounted the largest selling exhibition of drawings by Gainsborough for a century. Lowell and Jonny have also recently made a number of notable discoveries including newly identified works by Samuel Palmer, John Constable, Johan Zoffany as well uncovering a previously unknown cache of drawings by Sir Peter Lely.

Each brings complimentary talents to the business and they see their great strength as a willingness to embrace change and think laterally. ‘We operate in an apparently narrow field, but Lowell has an amazing ability to reinvent what we do, at the same time preserving a continuity of taste’ Yarker observes.

In March, the gallery will be exhibiting at the Salon du dessin in Paris for the first time and in July they will mount a major exhibition of drawings made in Britain before 1730. Libson has been collecting for the exhibition for over a decade but observes: ‘Jonny has really made the project his own, he has brought an academic rigour and flair to my initial idea; it is going to be a truly groundbreaking exhibition, I can’t wait!’

This is the essence of what Libson and Yarker do: bring high levels of scholarship and their own personal taste to British art. It is a formula that has won them an international group of clients, both institutional and private.