We are very excited to be showing a major new discovery at TEFAF Maastricht. This unpublished masterpiece is Joseph Wright of Derby’s earliest documented treatment of the subject of Two Boys with a Bladder.

This  remarkable discovery sheds valuable new information on Wright’s work at the most important moment of his career. Painted in Liverpool in 1769 and almost certainly designed to be paired with another candlelight painting, Two Girls Decorating a Cat now at Kenwood House, London, this spectacular work fits into Wright’s great sequence of nocturnal subjects including The Experiment on a Bird in the Air Pump in the National Gallery, London, dated 1768 and An Academy by Lamplight at the Yale Center for British Art, exhibited in 1769. Unseen in public since the eighteenth century and unknown to scholars until now, the reappearance of this painting offers unprecedented new insights into Wright as a painter and British art at the moment of the foundation of the Royal Academy. The significance of the reappearance of Two Boys with a Bladder cannot be underestimated. 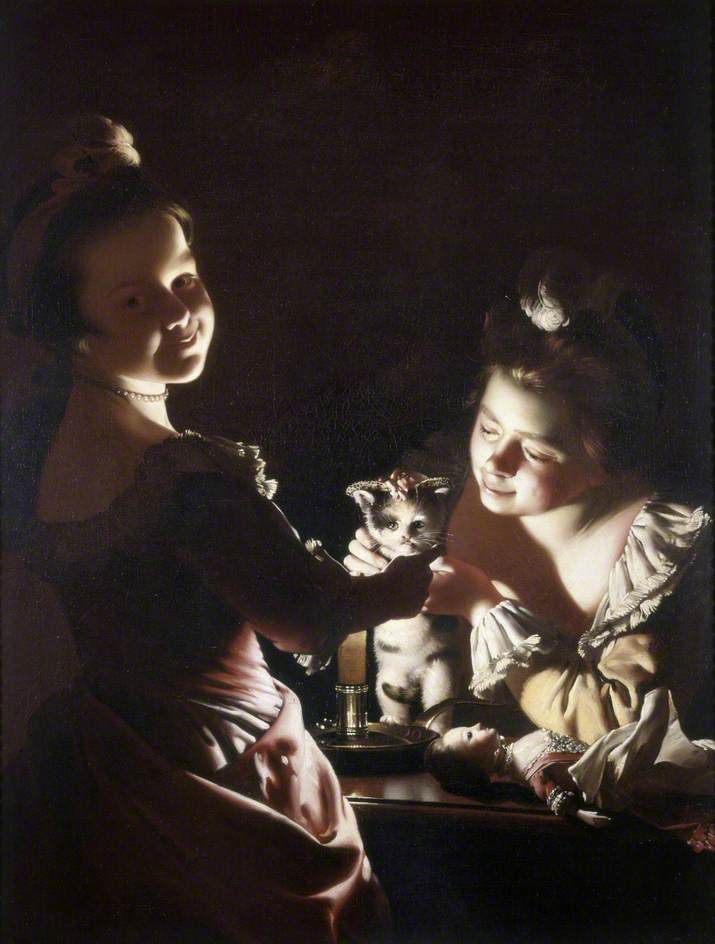 Read more here and see the painting, exhibited for the first time since 1771 at TEFAF Maastricht.