Many people will be aware that both Lowell and Jonny combine their work at the gallery with extra-curricular projects, both charitable and academic. The publication last month of Hugh Belsey’s spectacular two volume catalogue of Thomas Gainsborough’s portraits and fancy pictures, to which Jonny contributed the section on copies after old masters, provides an opportunity to look at some of Jonny’s other publications over the last year. 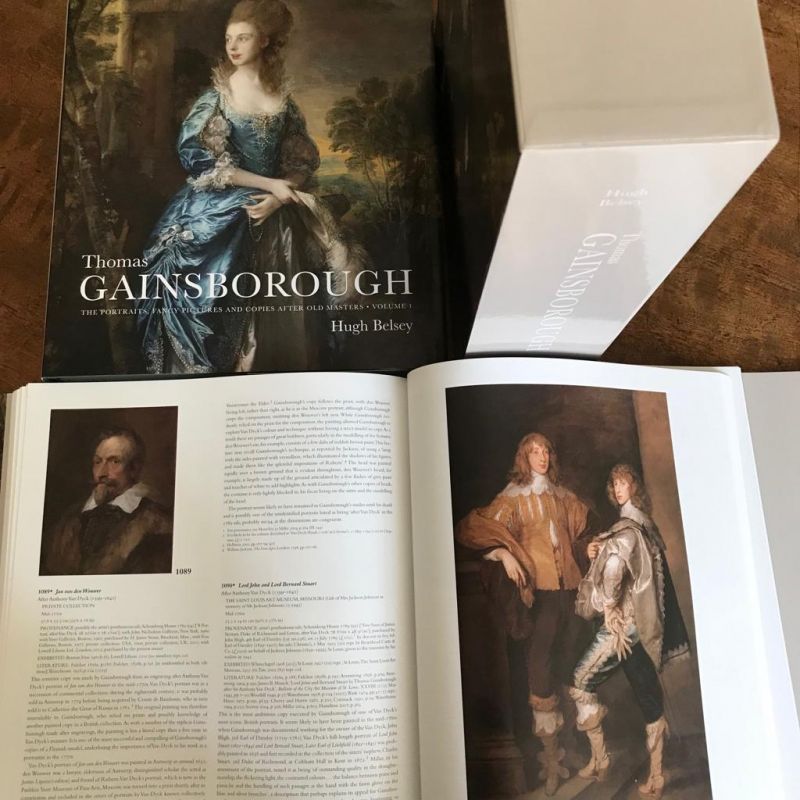 The Gainsborough catalogue raisonné is a major achievement and the culmination of over a decade of work. Hugh Belsey has been tireless, travelling the world in pursuit of Gainsborough and providing a thorough, scholarly reassessment of one of the eighteenth-century’s most important portraitist. Less well known are the small group of copies after old master paintings that Gainsborough made throughout his career and which Jonny was responsible for cataloguing. The copies offer a remarkable insight into Gainsborough’s working practices as a painter and illuminate his very personal relationship with the works of earlier masters.

The practice of copying in the eighteenth century formed the subject of Jonny’s PhD, a topic he addressed last summer in an essay on copying Rembrandt in Britain for the National Gallery of Scotland’s exhibition: Rembrandt: Britain’s Discovery of the Master. It was an idea he further examined in a chapter of Yale University Press’s monumental academic study The Royal Academy: History and Collections, looking at both the Royal Academy’s shifting attitude towards the practice of copying amongst its students and the slow accumulation of copies themselves. In the process of researching this essay, Jonny discovered an important group of previously unknown reduced oil copies after Raphael’s stanze frescos, which had been made in preparation for Giovanni Volpato’s celebrated series of engravings.

The Grand Tour forms the other focus of Jonny’s research and he has published a series of essays on the topic in the last year. Including a brief account of the Continental tour undertaken by William Paston, 2nd Earl of Yarmouth and his tutor William Aglionby, based on an unpublished manuscript held at Cambridge University Library. The essay was included in the exhibition catalogue The Paston Treasure: Microcosm of the Known World which was held at the Yale Center for British Art and Norwich Castle Museum. Next month a major new book on the architects Robert and James Adam appears, which includes a chapter by Jonny on their time in Rome. This essay offers an important reassessment of the Adams as dealers, rather than collectors, who used their time in Italy to amass a significant stock of antiquities for resale back in London.