With the gallery shut and our activities necessarily circumscribed, we thought it was a good time to sort through our racks and find drawings and watercolours that, for one reason or another, have not seen the light of day. This online exhibition brings together a group of drawings which celebrate British landscape of every form, this selection includes works from the seventeenth through to the nineteenth centuries and encompasses early topographical views, spontaneous plein air studies and fantastical views. We all hope that this exhibition offers you some distraction and sincerely hope that good prospects are just around the corner. 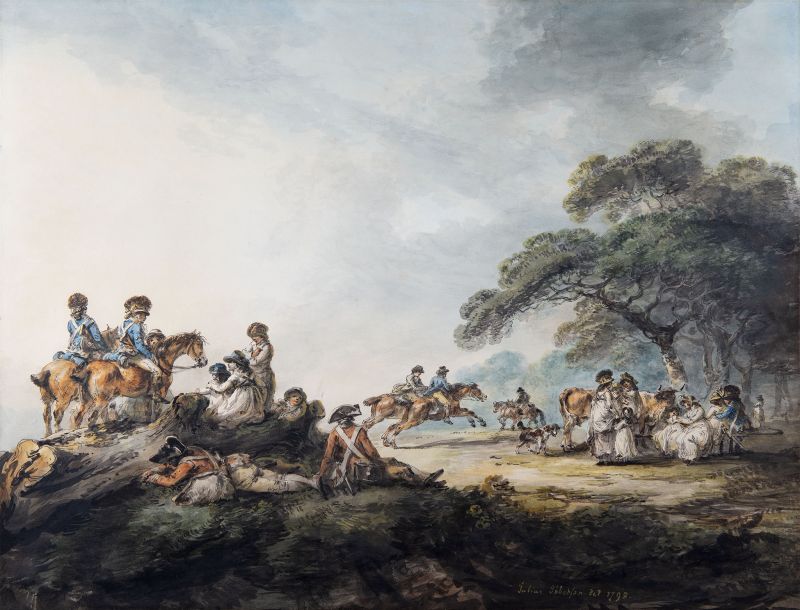 Landscape artists have often responded to complex and unsettling times in subtle and unexpected ways. Several drawings in this online show demonstrate the ways in which artists grappled with the major crises of their period sometimes overtly, sometimes covertly and sometimes by ignoring them completely. Two drawings by Michel van Overbeek show London in the mid-1660s when it was gripped by plague, on the eve of the Great Fire. Willem van der Velde the younger's portrait of the ship Princess was made in the midst of the Third Anglo-Dutch War by a landscape artist who essentially made a living out of conflict. Throughout much of the eighteenth century, London was a garrison town with large encampments of soldiers occupying the public parks, something illustrated in Julius Caesar Ibbetson's unsettling view of Hyde Park. From 1793 until 1815 Britain was at war and some of the sheets included in this show illustrate the direct, and indirect, consequences. John Constable's rare drawing of shipping on the Medway shows British naval power, at the mouth of the Thames, on the eve of the Trafalgar campaign. 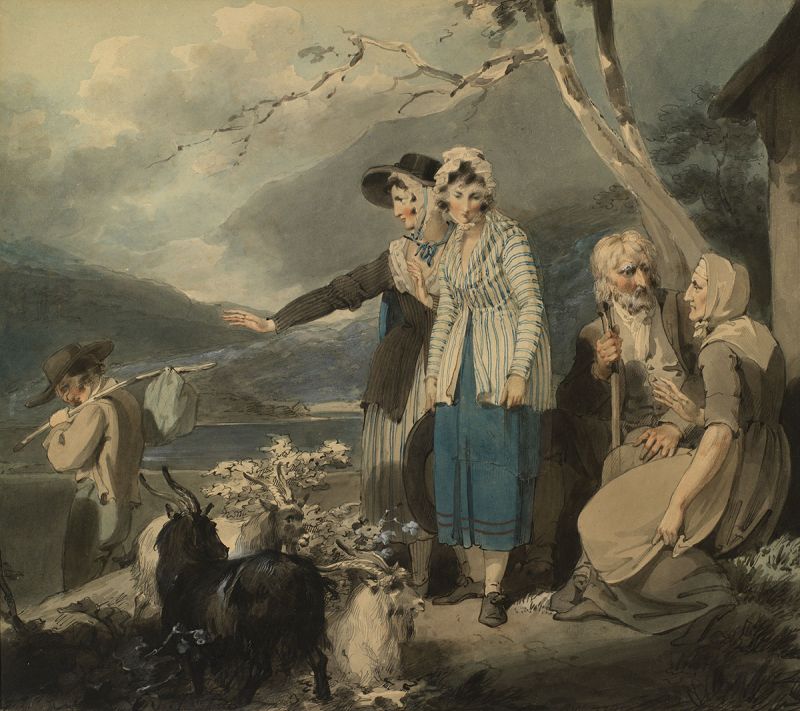 Several sheets show the 'dark side' of the landscape as Britain experienced profound change in the second half of the eighteenth century. Perhaps most powerfully in Richard Westall's Welsh Peasants exhibited at the Royal Academy in 1791. This is a fascinating watercolour showing the pressure of economic migration on a rural family. Painted for an urban audience - and engraved for popular consumption - this image points to the burgeoning consciousness of the effects of industrialisation and agricultural mechanization. Antiquarians and artists were beginning to respond to these shifts by making depictions of landscapes at threat, frequently editing out the unappetizing incursion of modernity. Michael Angelo Rooker's drawings of Neath Abbey, were exhibited at the Royal Academy in 1797, they show the ruins of the Cistercian monastery unaffected by iron foundry that had engulfed the site.

The scientific innovations of the nineteenth century enabled greater artistic freedom, new materials and mass-produced artistic instruments made drawing in nature easier. Three unusual sheets by William Mulready are of particular interest because they show the characteristic feature of having been made using an optical device, possibly a camera lucida. Mulready worked alongside John and Cornelius Varley, who would become his brothers' in law on his marriage to Elizabeth Varley in 1802. Cornelius Varley's interest in the science of optics would lead him to patent the Graphic Telescope in 1809. Yet it is notable that the drawings by Mulready, Cornelius Varley, John Linnell and John White Abbott in this exhibition were all made during the Napoleonic Wars and yet the world they observe betrays no sign of the conflict. 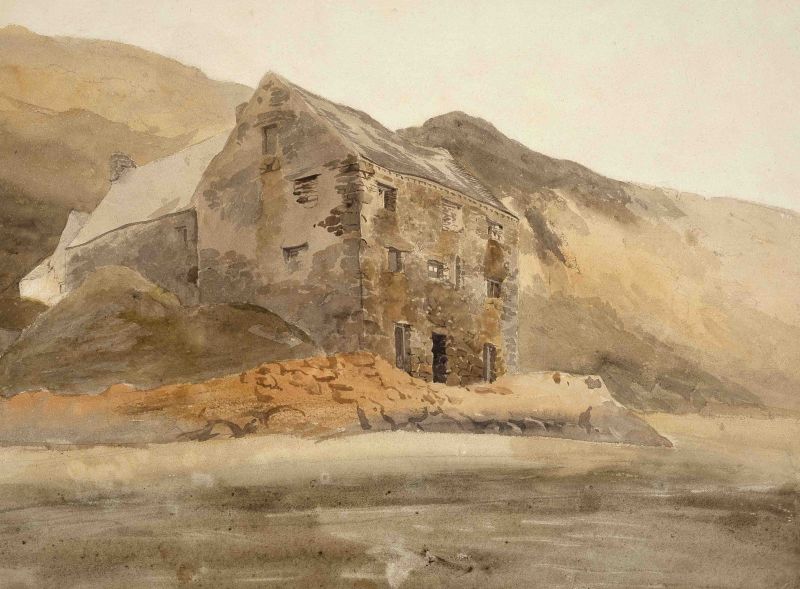 Taking stock is often a rewarding exercise and it is exciting to publish in our selection some remarkable drawings which represent real 'discoveries'. The modest looking Gainsborough drawing is a very significant object, being the only conjoined pair of sheets from a Gainsborough sketchbook to survive and shows the kind of sketches Gainsborough must have routinely destroyed, being a careful study of a large tree made from nature in the 1750s. The drawing by James Thornhill, which came from the collection of Michael Ingram, was long thought to be preparatory for decoration of a house in Roehampton but has recently been revealed to be a design for the forestage of the Queen's Theatre, Drury Lane, for its inaugural production of the pastoral opera The Loves of Ergasto in 1705. We also present some notable curiosities, such as the charming drawing by Francis Grose of a mill at Wandsworth, the earliest recorded drawing of the Elephant and Castle coaching inn by James Miller and one of the earliest drawings of the British Museum made by Samuel Wale for Dodsley's London and its Environs Described published in 1761. In short, something for everyone and most of the drawings are priced well under £20,000.

Because of the current situation the drawings are not available to be seen, but we are happy to supply condition reports, additional photographs and descriptions. We will keep you posted once the gallery is able to open again.