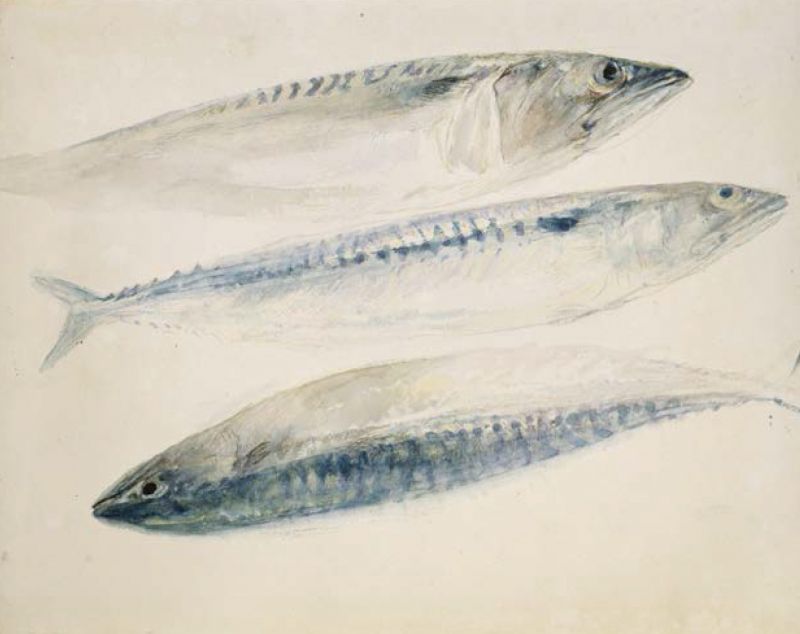 We are delighted to be sponsoring a fascinating and compelling exhibition of British drawings from the Ashmolean’s permanent collection. The museum’s holding of British drawings was initiated in 1689 with the gift of a portrait of the English antiquary John Aubrey, it now houses some 10,000 works. The diversity of techniques and media employed underlines the enduring importance as well as the variety of purposes encompassed by the art of drawing. The present show is structured chronologically, offering a fascinating portrait of British drawing from the sensitive black chalk study of Thomas Alcock by the miniaturist Samuel Cooper, made in about 1650, through to a powerful image of Salman Rushdie by Tom Phillips the Royal Academician. But the show is more complex than merely a conventional survey.

There are a number of fascinating threads which can be followed through the show. Perhaps the most interesting figure is Ruskin; the show lays bare his tastes and vision for the Drawing School he founded in Oxford in 1871. Amongst the remarkable sheets which came from Ruskin’s collection are some surprises, such as George Romney’s bold wash drawing of A Lady Leaning on a Pedestal from 1777-8, which Ruskin thought was by Reynolds and he presented to the Drawing School in 1875. Ruskin’s gift of Turners are expectedly extraordinary. Turner’s grand and magical Venice: Riva degli Schiavoni, was presented by Ruskin in 1875 and is contrasted with his informal and surprising study of Mackerel. Turner’s silvery fish are contrasted by the highly finished still-life watercolour of William Henry Hunt, hanging, as Ruskin noted himself, ‘amongst the Turners like a brooch.’ Ruskin’s own watercolours are well represented and give powerful context to the group of Pre-Raphaelite drawings which form an impressive element of the exhibition.

This show is not simply about the ‘golden age’ of English watercolour and it extends through the twentieth century in a section entitled ‘Diversity & Conflict’. The diversity is demonstrated in the cluster of works made by artists around 1945, drawings by Bomberg, Sutherland, Vaughan, Wynter and William Gear show the different directions British art could have taken immediately after the war. ‘Conflict’, in its most literal sense, is represented by official war art; of which Austin Spare’s penetrating pastel A Dressing Station, 1919 and Muirhead Bone’s panoramic Low Tide on the Portsmouth Hard, 1940 are particularly fascinating. The acquisition in 1941 of Samuel Palmer’s bold sepia drawing of The Valley with a Bright Cloud, a Shoreham period drawing of 1825, points to the power of taste. Palmer was ‘recovered’ in a pioneering exhibition at the V&A in 1926 and interest in his visionary approach to landscape can be discerned in the work of John Minton, for example, whose Young Fellow Asleep in a Barn, 1946 shows, in the words of Michael Ayrton, that: ‘Palmer shines through him.’ The final section of the exhibition looks at ‘Caricature & Satire’ and has been arranged as a prelude to an exhibition devoted to the work of James Gillray which has been mounted at the same time.

This is a rare opportunity to see a large number of drawings (132) from the Ashmolean’s collection (with a handful of loans) and a rare opportunity to see a survey of British drawing over 350 years. The show is accompanied by a handsome, beautifully produced catalogue with a series of excellent essays. The catalogue entries themselves are exceptional and all those involved, in particular the curator, Colin Harrison, are to be congratulated. Go and see this show if you can!