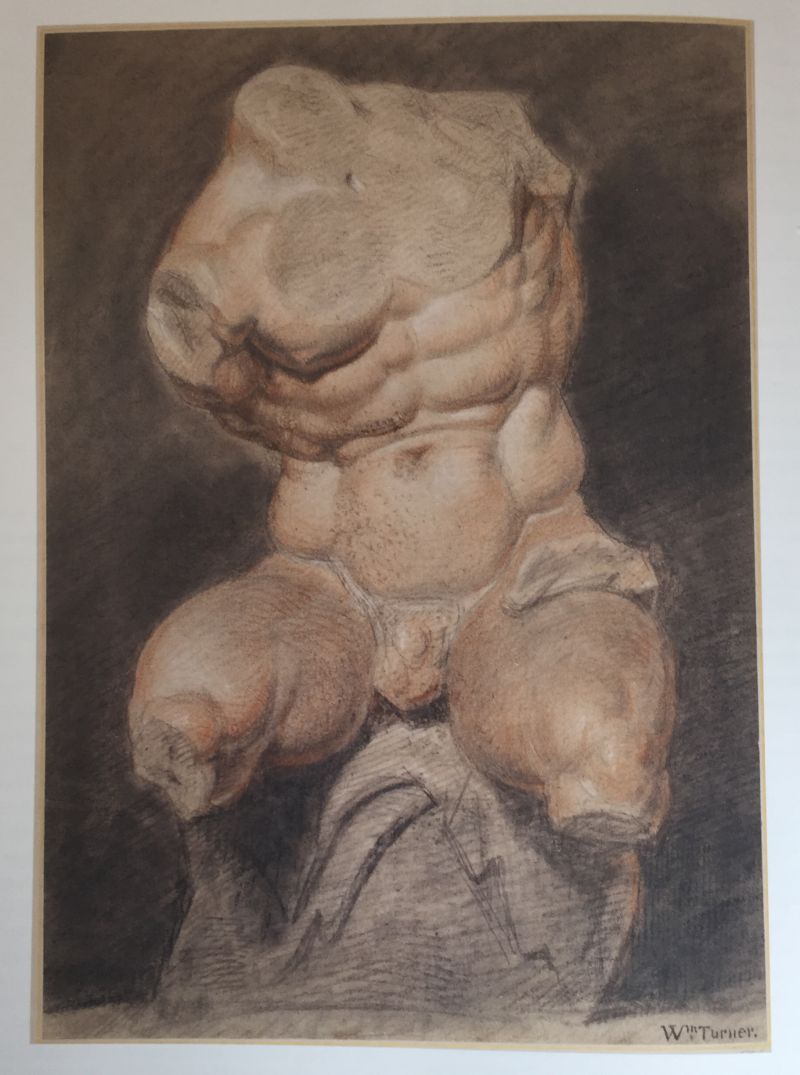 Just before TEFAF we went to Haarlem, to the opening of an exhibition at the Teylers Museum: Drawn From the Antique: Artists & The Classical Ideal. This tightly argued show explores the way artists from the sixteenth to nineteenth centuries worked from the antique. As Adriano Aymonino explains in his outstanding essay in the catalogue, drawing from the antique constituted one of the central planks of art education. One of the first activities of any young artist, particularly an artist trained in one of the art academies of Europe, was to draw from the ideal examples of classical antiquity, usually in the form of casts and models. The show provides a fascinating opportunity to reconsider this fundamental activity in shifting contexts from Baccio Bandinelli to the mid-nineteenth century.

Jonny was responsible for writing a number of the very detailed catalogue entries, specifically those dealing with British artists. This section of the exhibition included some important works – Edward Francisco Burney’s great view of the Antique Academy at the Royal Academy, William Chambers’ view of the dining room of Charles Townley’s house in Park Street and Joseph Wright of Derby’s engraving of An Academy – as well as some important discoveries. Two drawings by J.M.W. Turner from the V&A, which have long been known about, are identified for the first time as the study after the antique (specifically the Belvedere Torso) that was made to secure his admission to the life academy. The second, a finished life study of two men, has been associated with a specific pose set by the sculptor John Bacon for the first time. In the memoirs of Turner’s contemporary, Stephen Francis Rigaud, he explains: ‘I remember Mr Bacon once setting a well composed group of two men, one in the act of slaying the other; or a representation of the history of Cain and Abel, which was continued for double the time allowed for a single figure, and which gave general satisfaction to the students (Ed. William L. Pressly, ‘Facts and Recollections of the XVIIIth Century in a Memoir of John Francis Rigaud Esq. R.A.’, The Walpole Society, 1984, L, P.90), a description which precisely describes Turner’s drawing.

The show does raise the question of what painters did in Britain before the foundation of the Royal Academy in 1768? We know an increasing amount about earlier attempts to provide a resource for students to study from antiquities, most famous amongst them being the Duke of Richmond’s cast collection. But less is written about the central importance of artists’ collections. Most painters learnt by being apprenticed to an established master and many of them had outstanding collections of casts along with prints, drawings and old master paintings. Glancing at our copy of the sale of Jonathan Richardson’s collection in 1746 the first 66 lots were ‘Basso-Relievos, Busts, Figures &c.’ including casts of standard antiquities: the Venus de Medici, Farnese Hercules and Apollo Belvedere along with a mass of less familiar sculptures. Richardson seems to have had a particular interest in Gian-Lorenzo Bernini and owned multiple examples of his work, from the bust of the head of ‘Proserpine’ – a cast which appears in multiple contemporary portraits, such as Godfrey Kneller’s portrait of Grinling Gibbons now in the Hermitage – to surprising subjects for an English artist to own at this date including: ‘Two models…the St. Teresa, and a sketch for the angel with the dart.’ It suggests that a visually rich and variable training was open to British painters before the foundation of the RA and perhaps asks us to reconsider the atmosphere an artist such as Thomas Hudson would have encountered whilst training with Richardson. 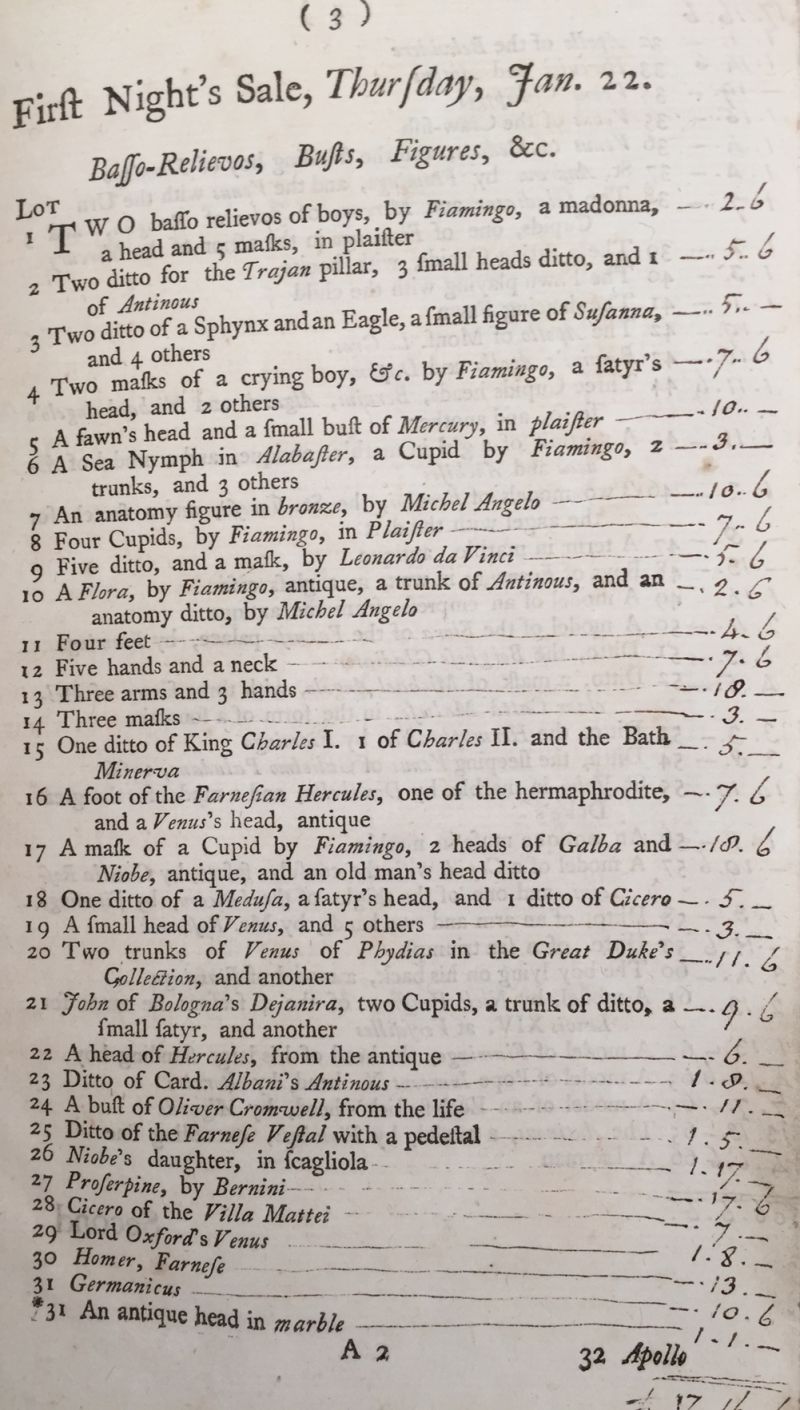 A catalogue of the genuine and entire collection of the late Mr Jonathan Richardson,
sold by auction by Mr Cock, 22nd January, 1746, Lowell Libson Ltd archive

The show at the Teylers has been brilliantly curated by Adriano Aymonino and Anne Varick Lauder and includes a number of famous drawings as well as less known works drawn from the exceptional collection of Katrin Bellinger. The catalogue is a tour de force and even the most familiar works are catalogued with a wealth of new details. If you do not get a chance to see it in Holland, it opens in London at the Sir John Soane’s Museum on the 25th June.