I recently posted a detail of a pastel by Katherine Read on Instagram invoking the title of Linda Nochlin’s 1971 essay ‘Why Have There Been No Great Women Artists?’. It may have felt glib to use such an important intervention into art history to highlight a piece of stock, but it does raise some pertinent questions about the continuing recognition of female artists by both academia and the market. 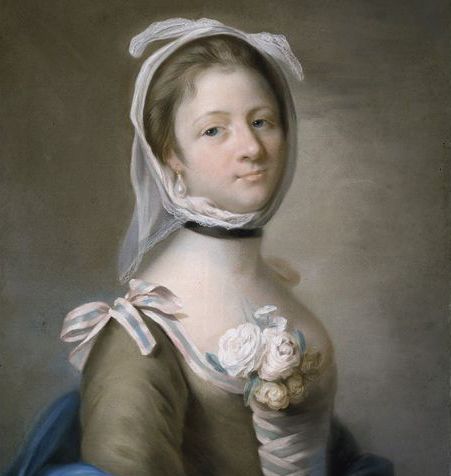 Read should be a significant figure in eighteenth-century studies. Her professional trajectory followed that of her most visible male contemporaries: training in Paris and Rome before establishing herself in London. She was commercially successful, had a long and notable career and engaged in many of the artistic strategies of her male contemporaries: she maintained a succession of publicly accessible studios in London’s most fashionable neighbourhoods; exhibited at both the Society of Artists and Royal Academy; courted the burgeoning art press and published prints after her works. In 1775 she even travelled to India to try and exploit the new commercial markets opened-up by Britain’s burgeoning Empire. There is evidence that she was regarded highly as a professional practitioner by male colleagues; she was consulted by the Society of Arts on her method for fixing pastels and the contemporary press is filled with laudatory statements about her abilities. Despite all this, Read, like so many female practitioners of the period, has been all but ignored by modern scholarship.  The remarkable Neil Jeffares provides a richly researched biography on the indispensable Dictionary of Pastellists before 1800, but apart from an article in the British Art Journal in 2006 Read has received no dedicated scholarly article in print since 1905.

It seems to me that here is a great topic for a graduate student to address: Read and her female competitors such as Mary King and Mary Black, professional female painters who survived in a male industry. It is worth noting that the market has been more attentive to Read, her portraits have regularly made five figure sums at auction. 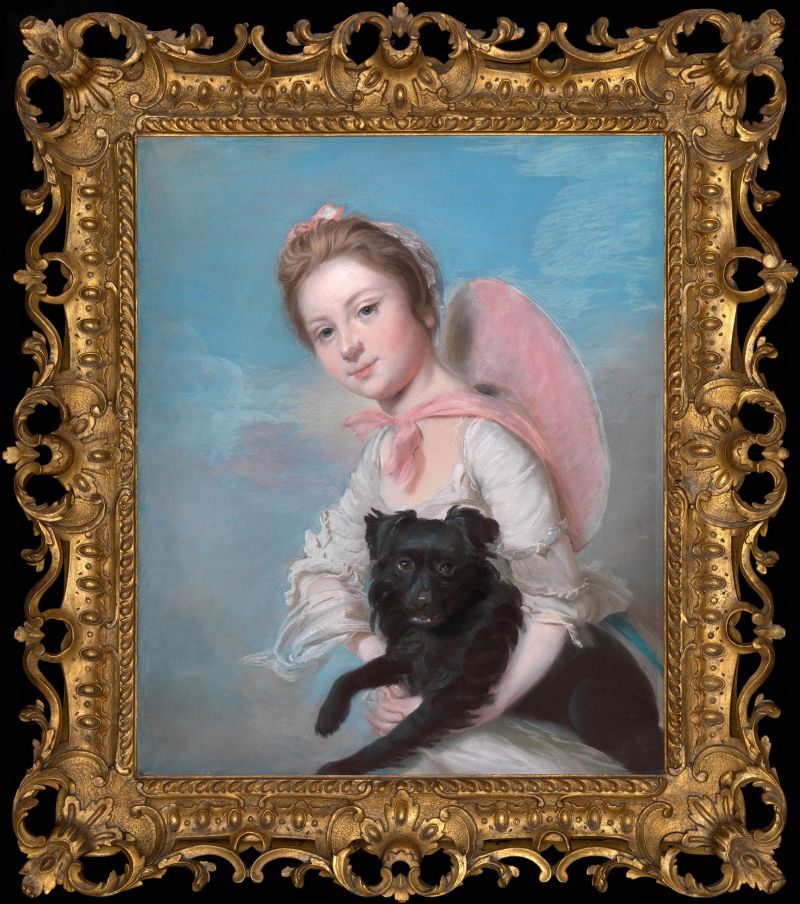 Over the last decade or so, we have increasingly sought to promote works by neglected British female painters. We have handled important pastels by Read, Black and Lady Mary Lowther as well as important paintings and drawings by Angelica Kauffman. So we are delighted to have a fine, double portrait by Read of George Talbot Rice, 3rd Baron Dynevor and William Rice, is an accomplished and compelling portrait of two patrician children.

This pastel is remarkable for its scale and iconography, the two children are shown with a large dog, which is shown wearing a collar prominently engraved ‘G.W. Rice’. This refers to the sitters’ father, George Rice, a prominent Welsh landowner who sat as Whig MP for Carmarthenshire. Rice was an active member of parliament and supported successive ministries. Rice had himself sat to William Hoare of Bath for a pastel portrait and commissioned a series of portraits from both Read and John Russell. A portrait of Henrietta Rice, later Mrs Magens Dorrien Magens by Read, shown holding a hare was recently acquired by the National Trust for Dinefwr is presumably en-suite with the present portrait and a portrait of the Hon and Reverende Edward Rice, later Dean of Gloucester shown in 1789, aged ten holding a cricket bat also now at Dinefwr. All three pastels survive in remarkable carved and gilded frames, suggesting that they formed part of a decorative scheme at Dinefwr. Read’s portrait of George and William Rice is the grandest, and largest, of the three. Read employed a number of framers including Thomas Fentham, 52 Strand, London; Robert Tull, of St James’s and Broad Street, and Thomas Vialls, of Great Newport Street and Leicester Square. Whilst it is unclear precisely who is responsible for the frames, their design owes something to the furniture of John Linnell.

George Talbot Rice obtained the county seat in Carmarthenshire in 1790 in an unopposed election. Rice eschewed, however, the Blue colours of the Cwmgwili Whigs and sported those of the ‘Gray Coats Independent’: moreover, he accepted the assistance of the Red deputy recorder of Carmarthen, Herbert Lloyd: these acts were symptomatic of the transference of the house of Dynevor from the Whigs to the Tories. Having succeeded to his mother’s barony in 1793, he became the leader of the Reds in the county, marrying the daughter of the influential politician, Thomas Townshend, 1st Viscount Sydney. His son, George Rice-Trevor, was responsible for remodelling Newton House on the Dinefwr estate.