We are very excited to be exhibiting at the Winter Show for the first time this year. One of the landmarks in the art calendar in New York, the Winter Show is an annual benefit for East Side House Settlement, a community serving the Bronx and Northern Manhattan. It is in its 65th year and we are delighted to be bringing an exceptional group of British works of art to the fair this year. The show opens on Thursday 17th January and runs until the 27th and we hope to see as many friends as possible during the run.

Highlights at this year’s fair include major drawings by Thomas Lawrence, Angelica Kauffman and John Hamilton Mortimer, along with works by JMW Turner, John Constable and Jean Étienne Liotard and masterpieces by less familiar names, such as Louis Chéron and John Tenniel. Amongst the most splendid drawings we will exhibit is a study of hands by Thomas Lawrence. Almost certainly a careful study of his own hands, the drawing rendered in black and red chalk demonstrates why Delacroix believed that 'la vérité de son dessin' was what underlay the quality of his paintings and described his drawing as 'incomparable'. Lawrence was a major collector of old master drawings and his knowledge of other artists’ manual self-scrutiny almost certainly informed this spectacular sheet. This drawing has not been on the market since the middle of the twentieth century and is exhibited in North America for the first time at the Winter Show.

Following on from my last news item, I am delighted that one of our star exhibits is a beautiful and extremely rare drawing by Angelica Kauffman for one of her most celebrated portraits Rebecca Lady Rushout and her daughter Anne. This lively coloured chalk and watercolour on blue paper drawing was last on the art market in 1920 when it was sold by an heir to the Rushout family, Captain Edward Spencer-Churchill. The drawing was illustrated in a lavish publication by Lady Victoria Manners and Dr G. C. Williamson on Kauffman in 1924, but it has been missing since, so we are delighted to present it at the Winter Show for the first time in almost a century.

When we began to collect material for the Winter Show I was mindful of the wider Atlantic world and the important cultural currents that existed between Britain and North America, particularly during the long eighteenth-century. I am therefore very excited that we will be exhibiting an important portrait by Thomas Hudson. Hudson was a British painter who never travelled to North America, but thanks to the remarkable popularity of the mezzotints made after his portraits, he had a tremendous impact on portraiture made in colonial centres such as Boston. 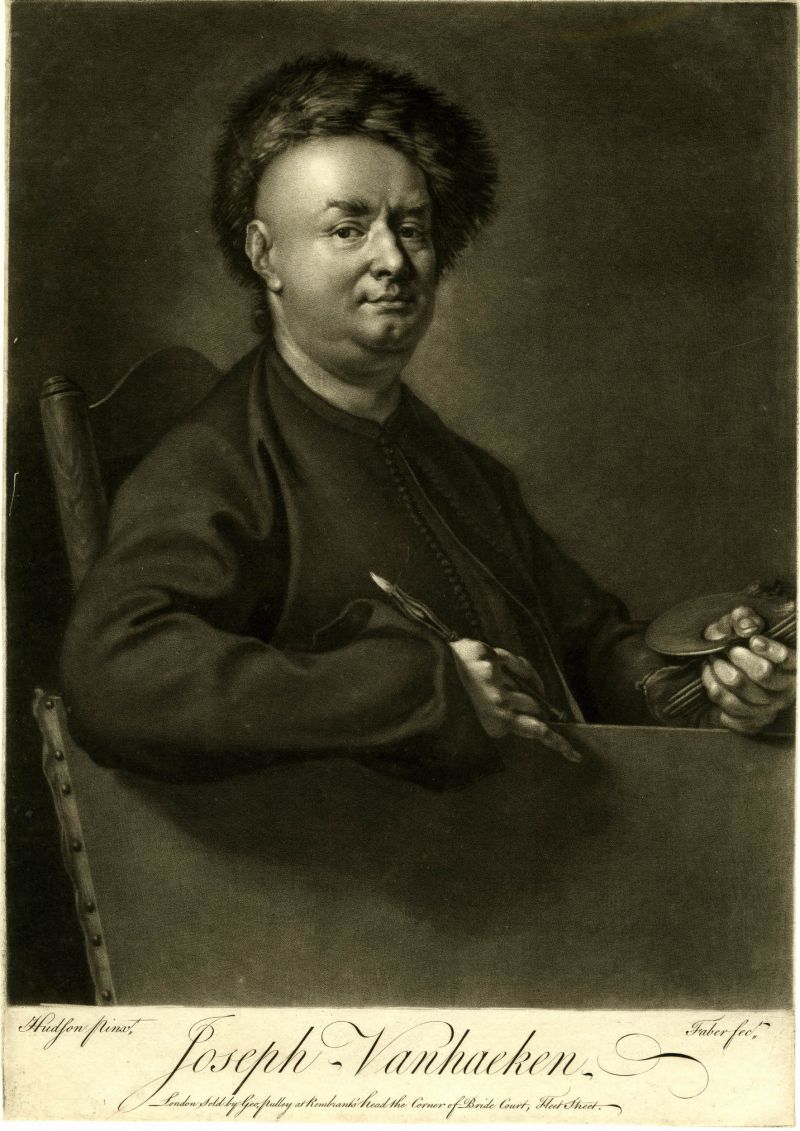 The distinctive and finely painted portrait by Hudson we are bringing to the Winter Show has an even more important story to tell. It depicts Joseph van Aken the Flemish born drapery painter who was Hudson’s most important artistic collaborator. In London’s complex commercial society, portraiture was an industry ripe for the early principles of industrialisation: the division of labour. Writing in 1743 George Vertue observed in one of his notebooks that the most skilled living drapery painter was Joseph van Aken:

‘Mr Van acken – whose draperys silks satins Velvets, gold & embroideryes which he dos paint for several of them painters extreamly well- and is a great addition to their works and indeed puts them so much on a Level that its very difficult to know one hand from another.’ 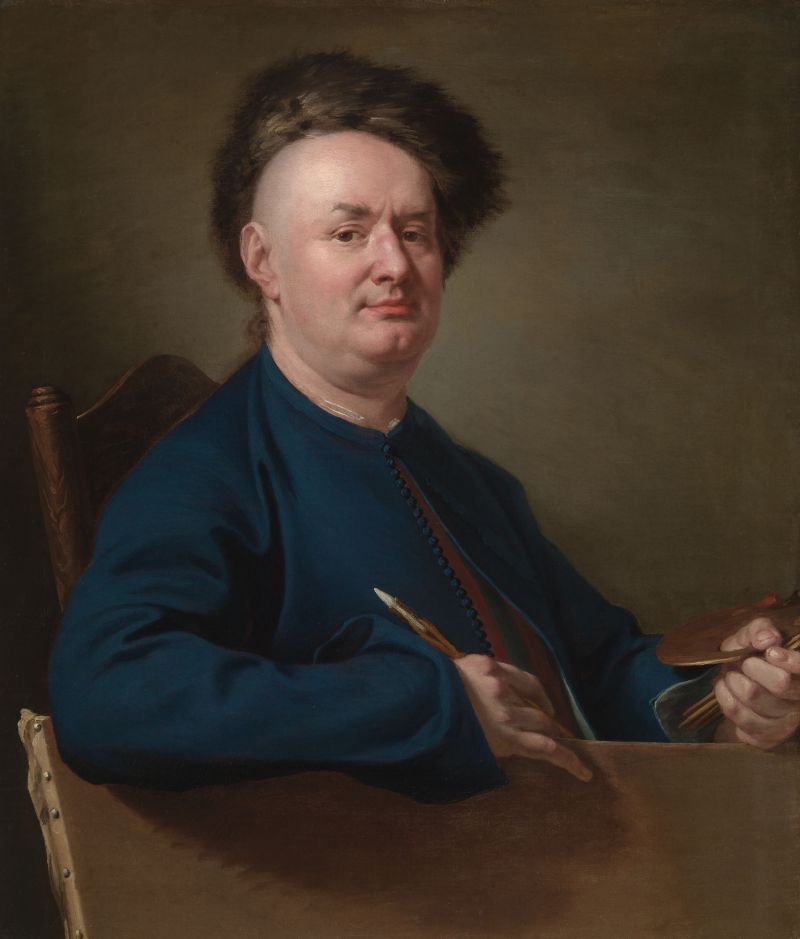 It is a statement which neatly communicates the division of labour which was central to the profession of painting in eighteenth-century London. Portraitists completed the face and hands, whilst drapery painters were responsible for the pose and costume. Modern scholarship tends to cast this division as one of the superior portrait painter and inferior or client drapery painter, but contemporary accounts, such as Vertue’s notebooks, point to Joseph van Aken’s celebrity and importance. Drapery painters were frequently regarded as master technicians and artists with a status parallel to that of portraitists, the drapery painter Peter Toms, for example, was a founder member of the Royal Academy. The present portrait, which was executed by the painter with whom van Aken had the longest and most successful collaboration, Hudson, is therefore a hugely important document for understanding the commercial and creative apparatus of eighteenth-century portrait studios. It is also a portrait which underlines Hudson’s abilities as a painter; it was clearly highly regarded by Hudson who had it engraved and published by John Faber.

Come and see all these and many more at the Winter Show!