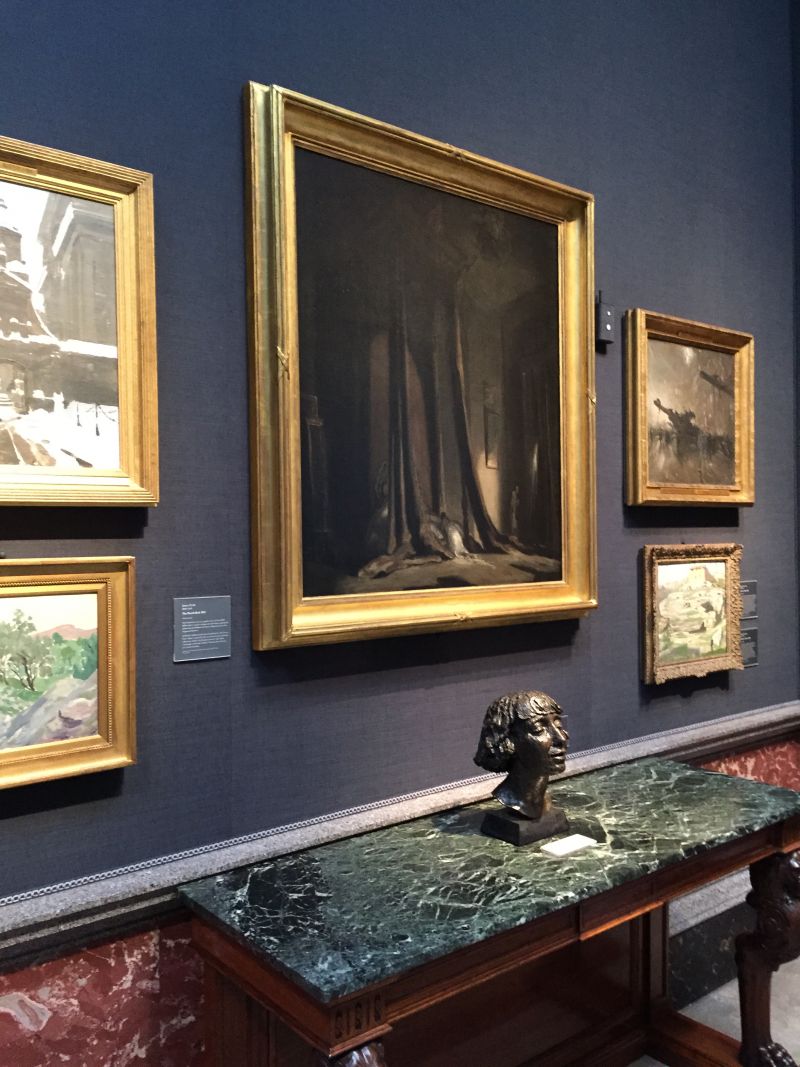 We visited Cambridge last week and were delighted to see James Pryde’s The Death Bed of 1913 hanging amongst a splendid group of early twentieth-century British paintings. Originally owned by Gloria Vanderbilt Whitney, The Death Bed is part of a series of 12 paintings collectively entitled: The Human Comedy, and was purchased by the Fitzwilliam museum from us last year. These monumental, atmospheric works appear as a succession of stage-sets for an unspecified tragedy of which The Death Bed and the final work of the series The Grave (Tate Gallery, London) appear as the most poignant and emotionally concentrated. The grand baroque canvas looked particularly striking in the gallery in Cambridge.