This summer we will mount an unprecedented selling exhibition which will include 100 drawings made in Britain before 1750. The exhibition co-curated by Jonny Yarker and Dr Richard Stephens is the result of ten years of collecting and will be accompanied by a catalogue which will offer important new scholarship on this neglected area of research. 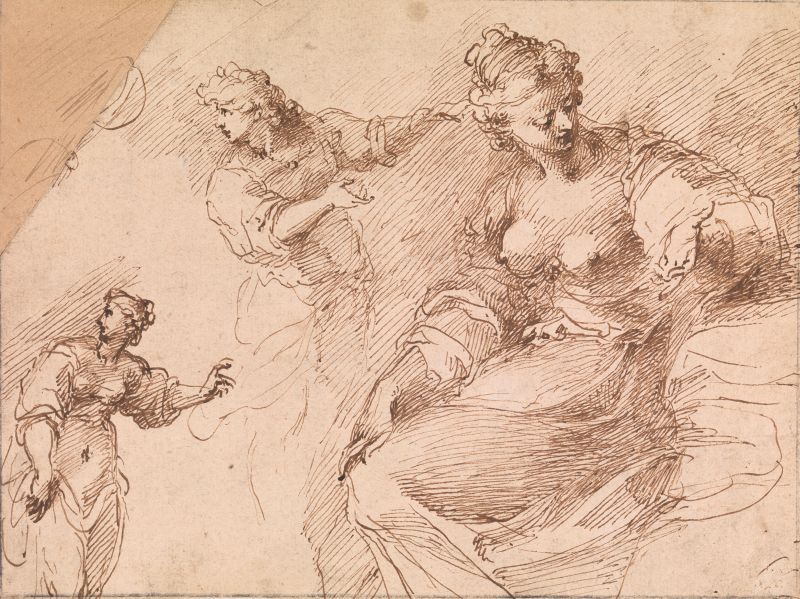 When Robert Wark published Early British Drawings in the Huntington Collection: 1600-1750 in 1969, Ellis Waterhouse noted in a review in The Art Bulletin that there were few institutions which had a concentration of such material. Other than the large group of drawings in the British Museum, he noted, it is:

‘a field of collecting so unfashionable that, during the last fifty years, they have almost all passed into the hands of a few enthusiastic and astute private collectors in London – Randall Davies, Sir Robert Witt, A. P. Oppé, L.G. Duke, Gilbert Davis and Sir Bruce Ingram – who were all of course interested in later British drawings, but did give a good deal of attention to the period before 1750.’

Waterhouse was writing at the end of what we now think of as a ‘golden age’ of collecting and scholarship in the field. Since 1969 there has been a steady decline in interest. This exhibition, and its accompanying catalogue, offer an opportunity to look afresh at works that have been surprisingly neglected by the market and collectors, both private and institutional. We began to assemble material for this project over a decade ago, realising, as Witt, Oppé, Duke and Ingram had, that drawings made in Britain before 1750 are frequently not only very beautiful, but tell an important story about the development of British art in the century and a half before the foundation of the Royal Academy. The continuity of our aims is neatly underscored by the presence in the exhibition of drawings from several of these ‘enthusiastic and astute…collectors’: three belonged to Robert Witt, eight to Leonard Duke and five to Sir Bruce Ingram the bulk of whose collections are now in museums.

This exhibition makes no claims at being a comprehensive survey of drawing made in the period, but it is a group, as Richard Stephens explains in his essay, that forms a representative survey of the surviving material and correlates with his statistical analysis of early British drawings held in public collections. As such, it offers powerful evidence for the use of drawings in Britain between 1600 and 1750.

Taking the recent neglect of early British drawings as our starting point, this catalogue was conceived as a way of thinking about the role of specific drawings and exploring the wider narratives they can tell. Isaac Oliver’s masterpiece in miniature The Annunciation to the Shepherds demonstrates Edward Norgate’s assertion that: 'the English as they are incomparably the best Lymners in Europe, soe is their way more excellent, and Masterlike, Painting upon a solid and substanciall body of Colour much more worthy Imitation then the other slight and washing way'. Isaac Oliver’s sheet of exquisite figure studies, published for the first time, points to the rich visual world of Charles I’s court. That this Parmigianesque drawing was copied by Inigo Jones provides tantalising evidence for the culture of study and exchange that existed before the Interregnum. As Junius noted, Lord Arundel: 'out of his noble and art-cherishing minde, doth at this present expose these jewells of art to the publike view in the Academie at Arundell house'.

Two drapery studies give visual evidence to Charles Beale’s contemporary account of Peter Lely painting his son’s portrait: ‘Mr Lely dead coloured my son Charles picture… he took a drawing upon paper after an Indian gown which he had put on his back, in order to the finishing of the Drapery of it.’ The striking red chalk life drawing by Bernard Lens offers unprecedented evidence for the ambitious activities of the Great Queen Street Academy in its first decade. Groups of drawings show the pre-history of landscape painting, pointing to the diverse use of watercolour before the rise of Paul Sandby. Whilst a series of sheets demonstrate the intellectual – and visual – ambition of painters producing historical compositions long before the advent of London’s exhibition societies. Preparing this exhibition has thrown into relief a sense that we constantly undervalue the role drawings played in the life of early modern Britain and in the development of the arts in particular. 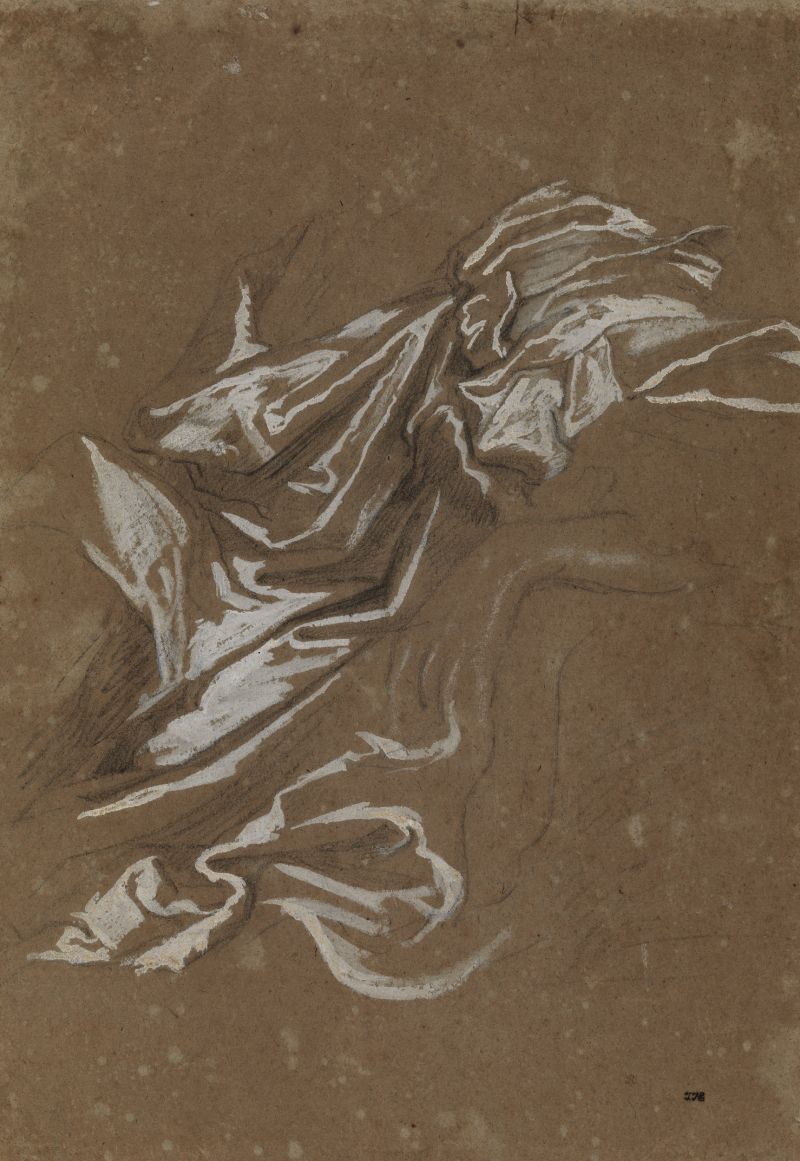 We have been very lucky to work with Richard Stephens, whose website: The Art World in Britain 1660-1735 is quietly transforming the research landscape of the period by providing unprecedented access to a mass of data including auction catalogues, newspaper advertisements, inventories and more. Our catalogue is a testament to his wide-ranging scholarship, knowledge and enthusiasm.

Of that ‘enthusiastic and astute’ community Waterhouse described, one name appears more than any other in the provenances of the drawings in this catalogue, the late William Drummond. As a dealer, Bill was dedicated to the promotion of neglected early British drawings and he represented a continuation of the spirit of learned enthusiasm and conviviality which characterised the world of Leonard Duke and Bruce Ingram. It is therefore entirely appropriate that this catalogue should be dedicated to his memory.