This small painting by Benjamin West was exhibited at the Royal Academy in 1805. It is one of several works West made of the general Belisarius depicted as a blind beggar. The iconography derived from the novel Bélisaire published by François Marmontel in 1767, which perpetuated the apocryphal story that Belisarius, after a long and successful career serving the Emperor Justinian, was blinded and reduced to begging at the Pincian Gate in Rome. The image of the loyal soldier reduced to penury by a tyrannous ruler found enormous popularity in the last decades of the eighteenth century and formed the basis of celebrated paintings by Jacques-Louis David (Palais des Beaux-Arts, Lille) amongst others. Marmontel’s text stressed the pathos of the situation by introducing a young boy who helps the aged Belisarius by begging for alms on his behalf. West followed Marmontel, even mentioning his name in the catalogue of the Royal Academy when this painting was exhibited there in 1805, but as Von Erffa and Staley have pointed out, this painting does not illustrate a specific passage from the book itself. Preserved in excellent condition this small work remained in West’s studio until sold by his sons in 1829.

By 1805 Benjamin West was President of the Royal Academy and the pre-eminent history painter in Britain. Born in Pennsylvania, West had trained in Rome from 1760 to 1763 before establishing a hugely successful and diverse practice in London. A drawing by West, now in the Morgan Library & Museum, seems to have been his first treatment of the subject, it shows the blind, old soldier seated on a Roman capital being recognised by his soldiers. West developed the composition in a painting now in the Detroit Institute of Arts, dated 1802, focusing on the seated Belisarius and his young companion. Belisarius is shown with his hand upon the young boy, who holds Belisarius’s helmet outstretched for alms. The present painting develops the Detroit composition, showing the seated Belisarius, downcast and staff in hand, with his arm upon the young boy who looks out at the viewer arms outstretched imploring our sympathy for the old general. On the wall above Belisarius West has placed a tablet inscribed ‘DATE OBOLUM BELISARIO’ which translates as ‘Give a penny to Belisarius’. This is a formula of words not found in Marmontel, but prominently visible in the most notable contemporary treatment of the subject in paint, David’s 1781 canvas which West could have known through Antonie Alexandre Morel’s engraving published in 1793. West has based the figure of Belisarius on a notable artists’ model, George White, who appears in a number of works by West, Joshua Reynolds and other notable painters of the period. 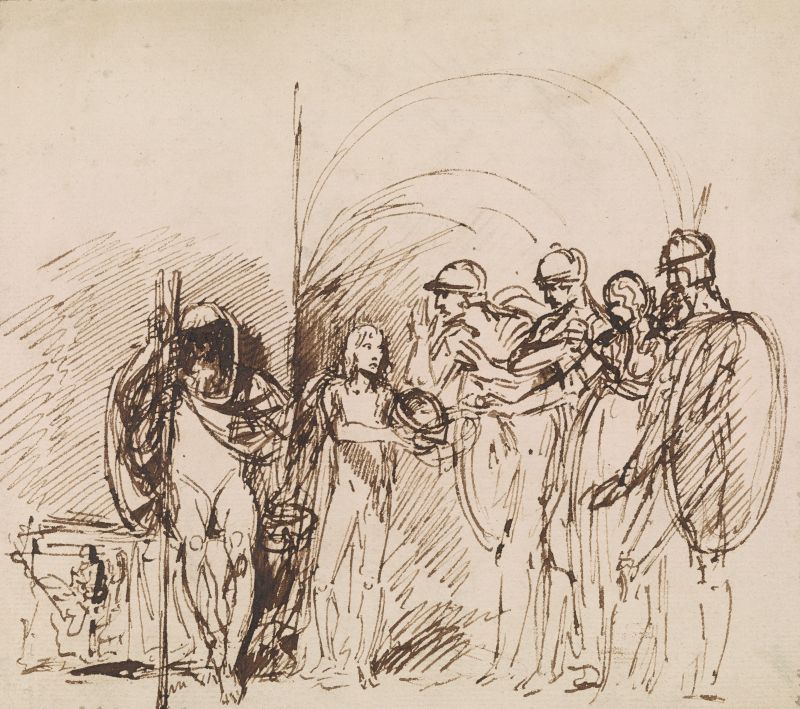 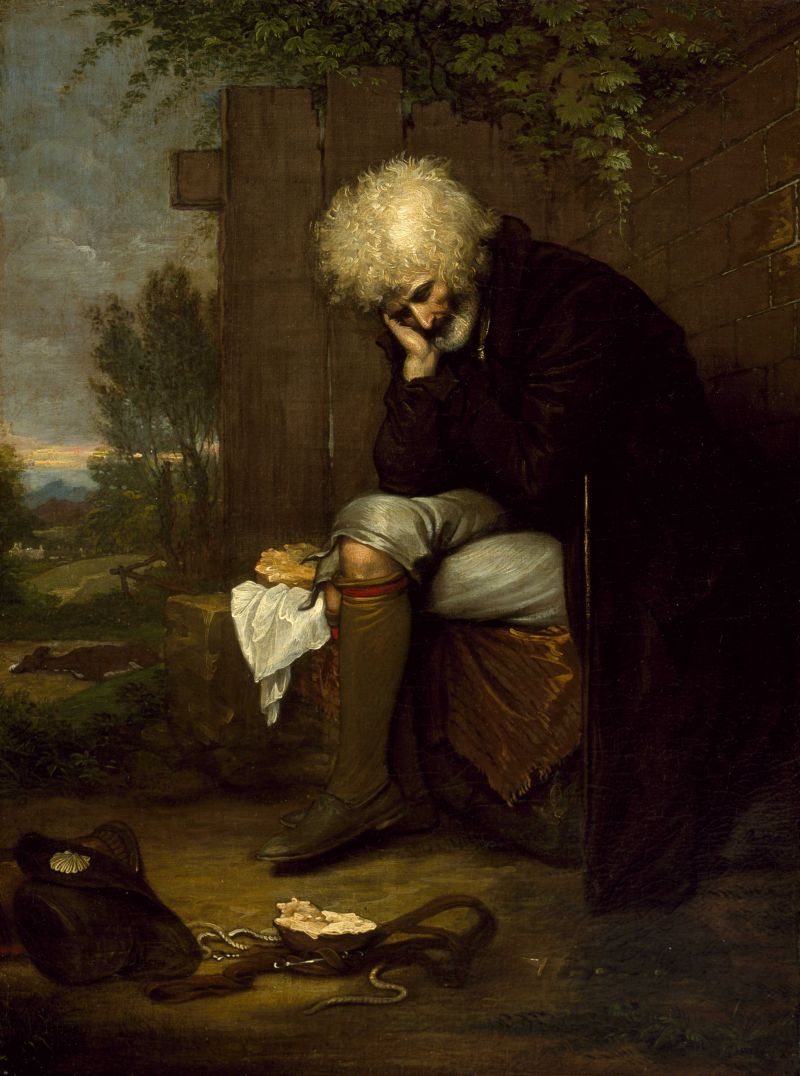 Lushly painted, this work shows West’s enduring interest in Venetian art; the shimmering highlights, rich colours and thickly applied paint all point to his veneration of the works of Titian. The painting remained in West’s studio until his death, it was part of a group of West’s paintings offered by his sons to the United States in 1826, eventually selling in London in 1829. It was acquired by the Staffordshire landowner John Burton Philips for Heath House, where it remained until 2022. 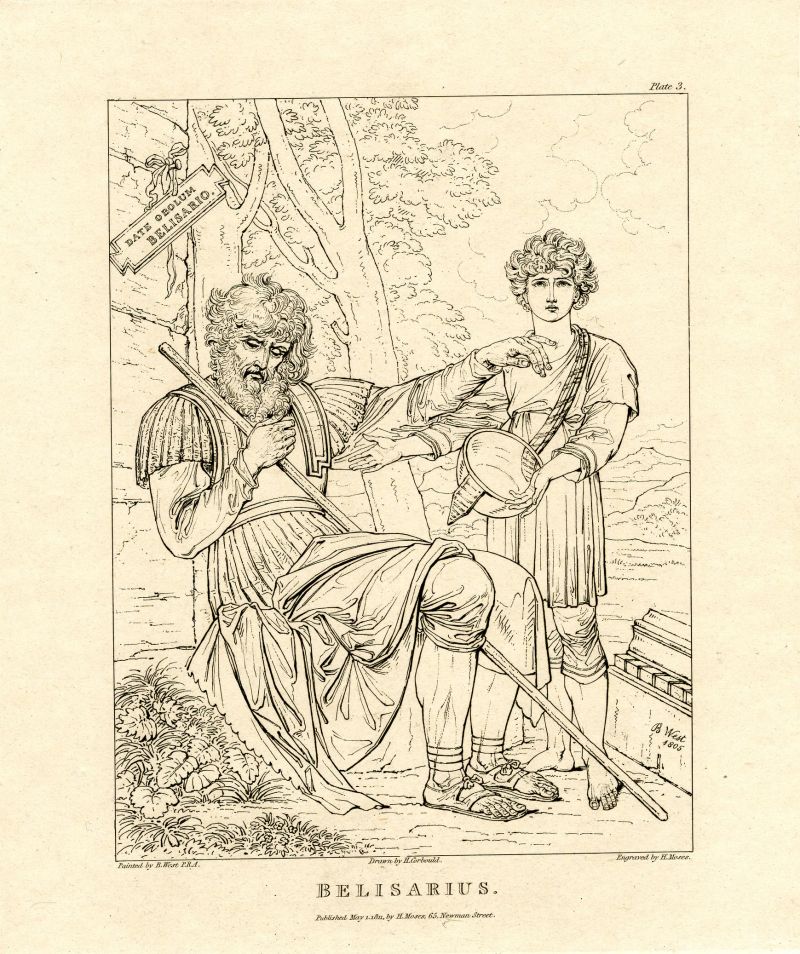