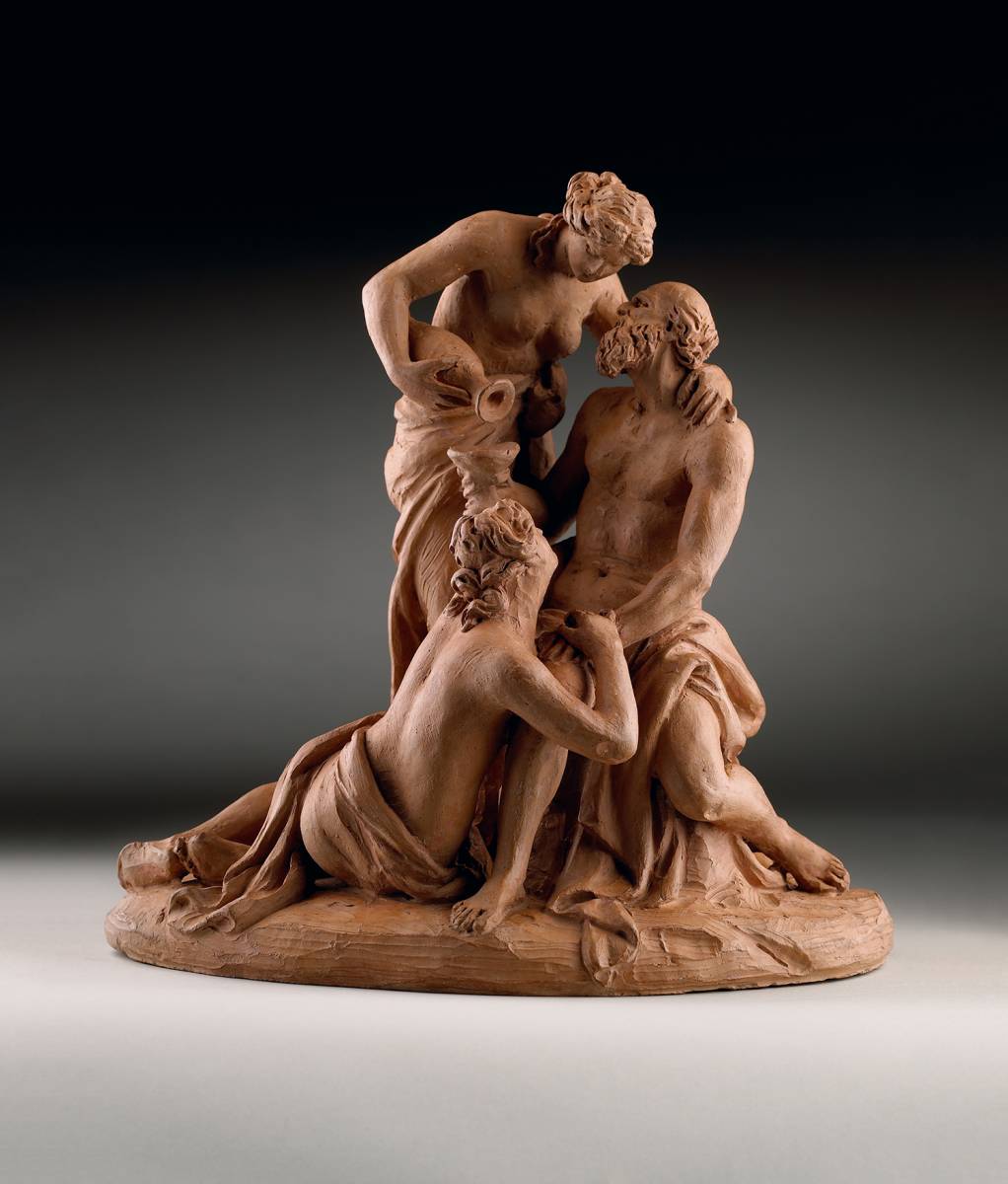 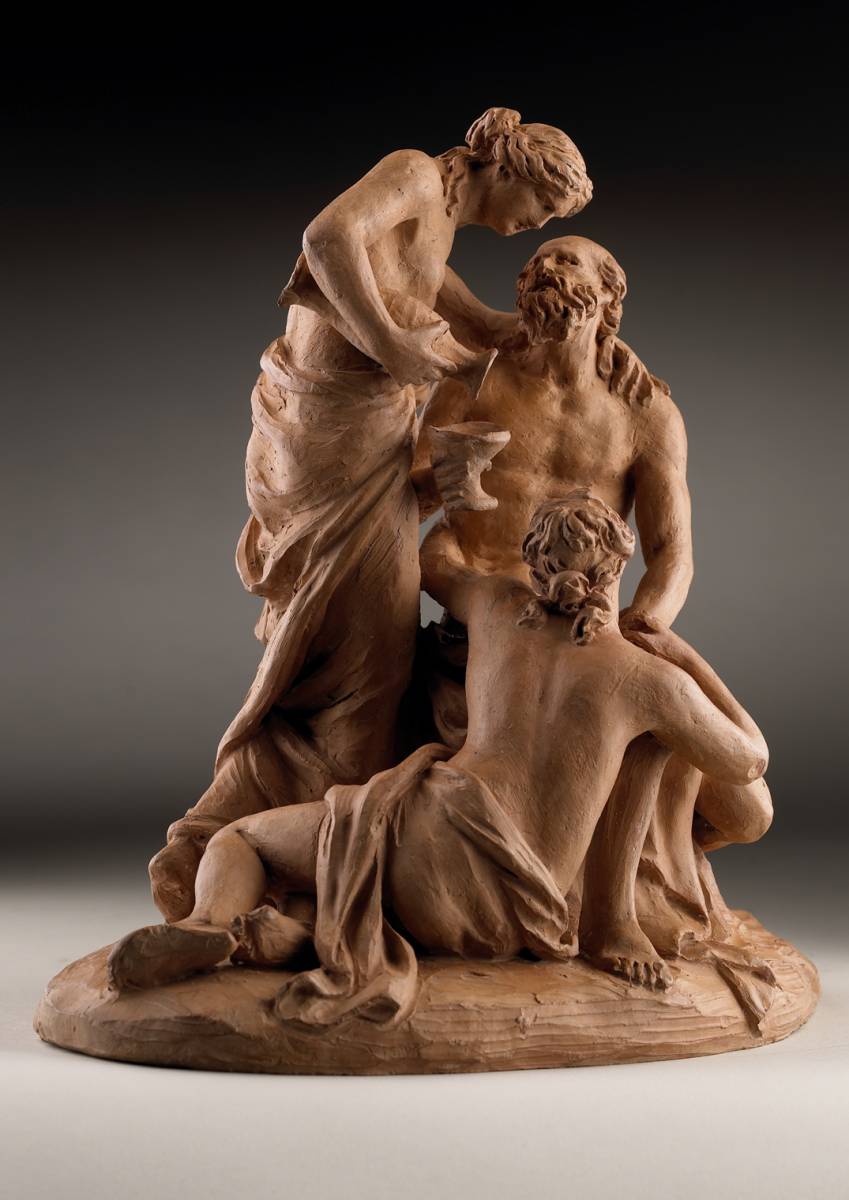 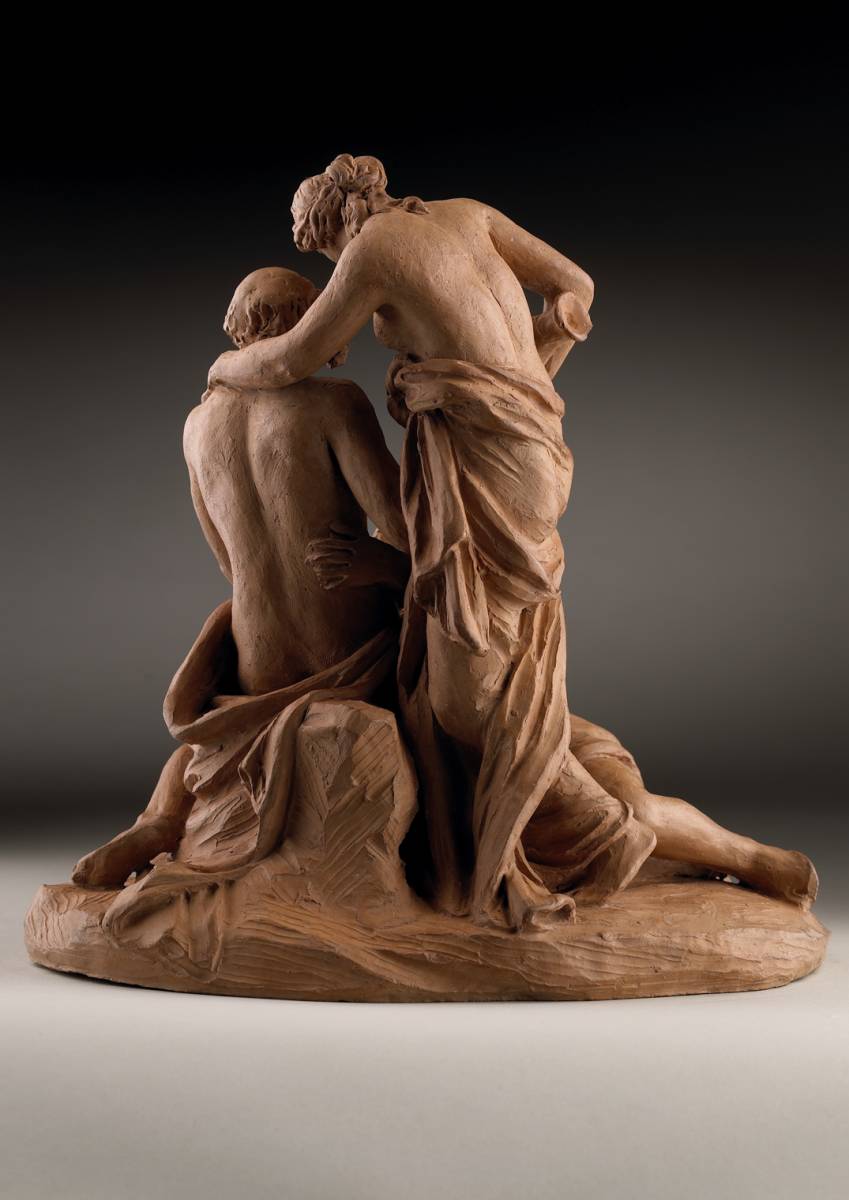 This powerfully modelled terracotta ‘sketch’ was exhibited at the Royal Academy in 1803 when Joseph Nollekens was at the height of his powers as a sculptor. Although most famous for his marble portraiture, Nollekens worked in terracotta throughout his life, using the medium to make immediate figural studies frequently in preparation for projected sculptures. Nollekens had spent a considerable period of his training in Rome, where he had worked with the sculptor and restorer Bartolomeo Cavaceppi, as such he was steeped in both antique sculpture and the methods used for its elaborate restoration. Cavaceppi had a celebrated collection of historic terracotta models and used clay himself when preparing his own reconstructions of antiquities. Nollekens modelled throughout his career. His earliest biographer, Joseph Smith, noted:

‘The greatest pleasure our Sculptor ever received, was when modelling habits: figures in clay; either singly or in groups, which he had baked; and in consequence of his refusing to sell them, and giving very few away, they became so extremely numerous, that they not only afforded a great display of his industry, but considerable entertainment to his friends.’

This exquisitely worked terracotta is a particularly ambitious model, showing the aged Lot being plied with drink by his two daughters. This model is unusual for depicting a Biblical scene, rather than an episode from Roman or Greek mythology. Nollekens has revelled in the complex psychology of the scene producing a remarkable sculpture which can be read fully in the round. Nollekens has modelled Lot in a corkscrew pose, his muscular torso turned with his left leg stretched behind him, one of his daughters is shown lying at his feet, her left arm reaching round to Lot’s back and her right hand gently placed on his right knee looking longingly up at him; this intimate pose gives a powerful intimation of the incestuous episode that would follow Lot’s acceptance of the drink being poured by the second daughter. Nollekens shows the second daughter standing over her father ampulla in hand dispensing wine, her sinuous left arm reaches behind Lot’s back and her beautifully articulated fingers rest on his left shoulder. The interlocking of the three figures makes the model legible from every angle, revealing Nollekens to be a master of narrative, each gesture suggestive of the manipulative nature of the daughter’s seduction of their father. Given its compositional complexity, its beautiful level of finish and the effecting nature of the subject, it is perhaps unsurprising that Nollekens chose to exhibit the model at the Royal Academy in 1803.

The fact that this model was recorded in Nollekens’s posthumous sale confirms Smith’s statement that he retained these sketches. Given the friable quality of terracotta, this model is preserved in spectacular condition. Acquired at the auction of Nollekens’s studio by ‘Turner’ – possibly his friend and fellow Royal Academician, JMW Turner – this exhibition sketch was last in the collection of Michael Jaffé who placed it in on long-term loan to the Fitzwilliam Museum, Cambridge. 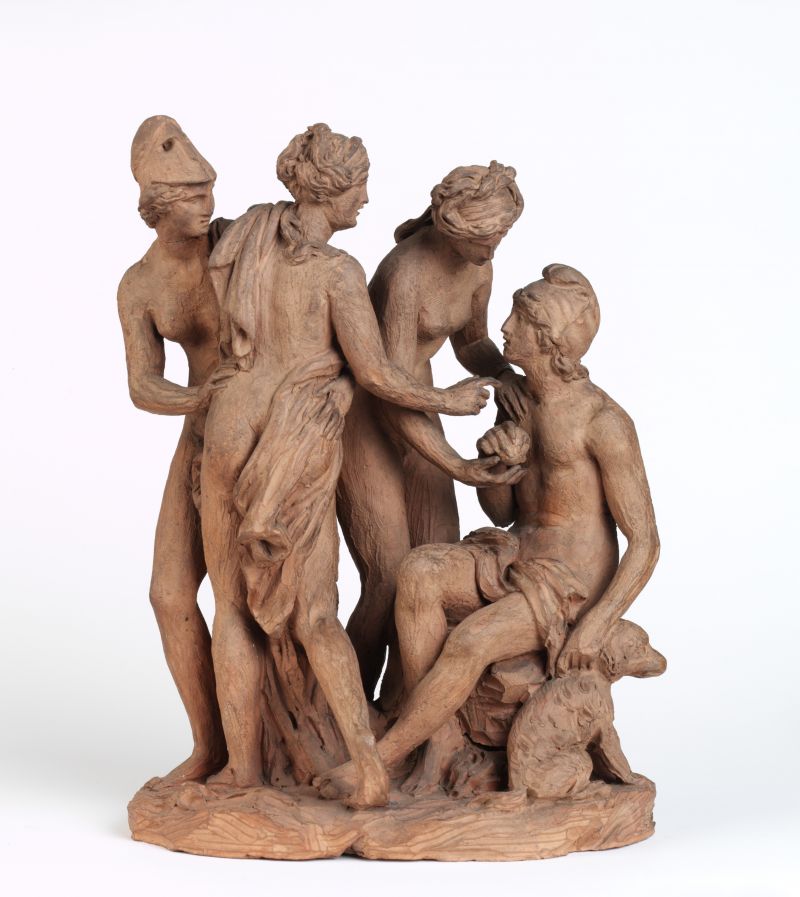