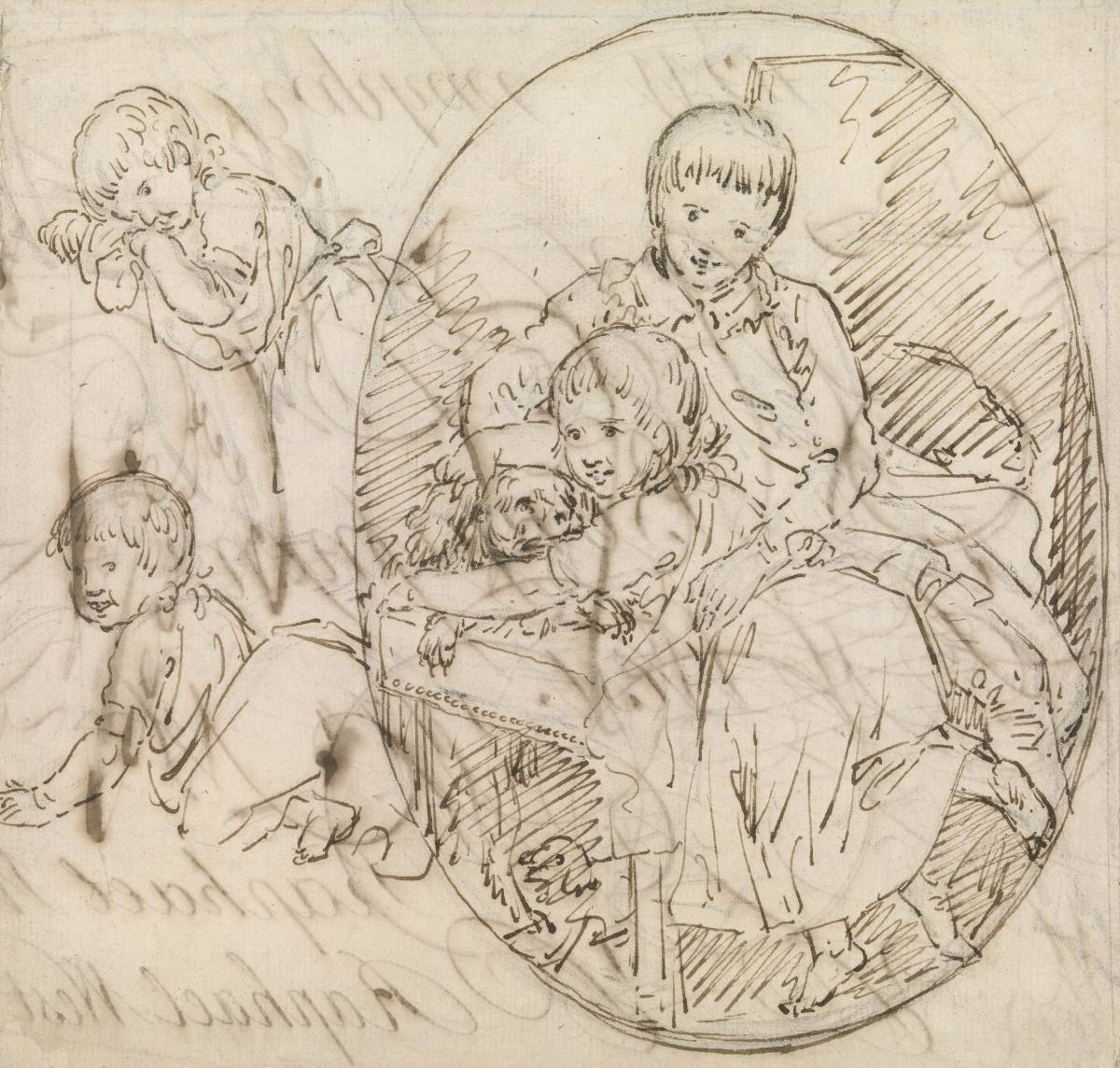 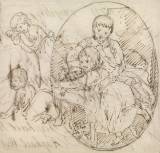 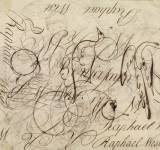 This compositional drawing was made by Benjamin West in 1774 in preparation for a portrait of his two eldest children, Raphael and Benjamin junior. The painting, now lost, was exhibited at the Royal Academy in 1775 and fits into a sequence of portraits West completed during the 1770s of his family; the oval composition recalls West’s two portraits of his wife holding Raphael West.

In this study, the two boys are shown on a chair, playing with a dog. In the margin West has drawn two further studies of the boys, suggesting that this may be an ad vivum sketch. The drawing was evidently available in West’s studio, as Raphael West, who would have been eight at the time, practiced signing his name on the verso along with that of his father (and brother). Raphael West went on to become a successful painter in his own right. This drawing remained with his descendants to 1967.

Benjamin West was one of the preeminent history painters of the second half of the eighteenth century; he was born in Pennsylvania, the tenth and youngest child of John West, an innkeeper. West travelled to Rome in 1760 where he met an international circle of painters including Anton Raphael Mengs and Gavin Hamilton. Following Mengs’s advice, he copied antique sculptures before touring in northern Italy further completing his artistic education by copying Old Master paintings. West arrived in London in 1763 and rapidly made his reputation as both a portraitist and history painter. The following year West’s fiancée, Elizabeth Shewell, the daughter of a Philadelphia merchant, joined him having crossed the Atlantic with West’s father. Their son, Raphael Lamar West was born in 1766 and his younger brother, Benjamin West junior, was born in 1772. 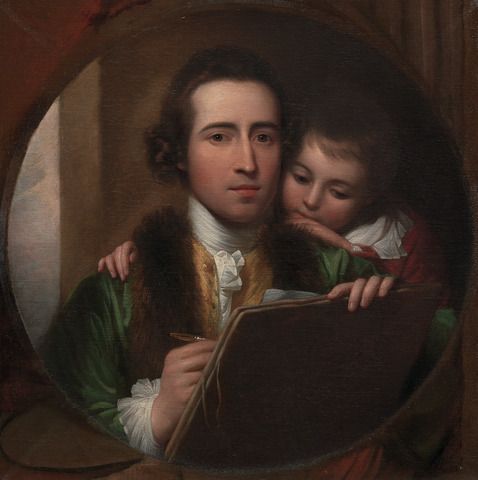