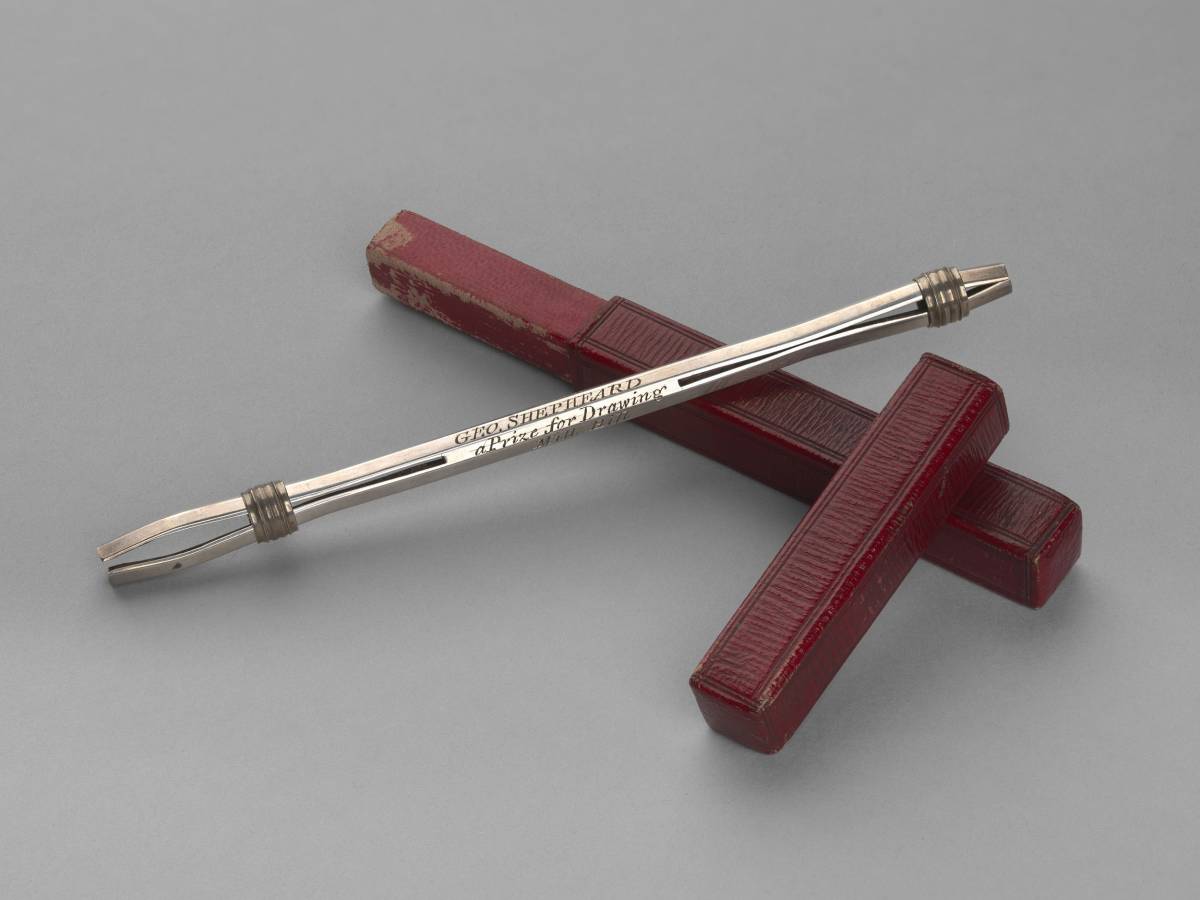 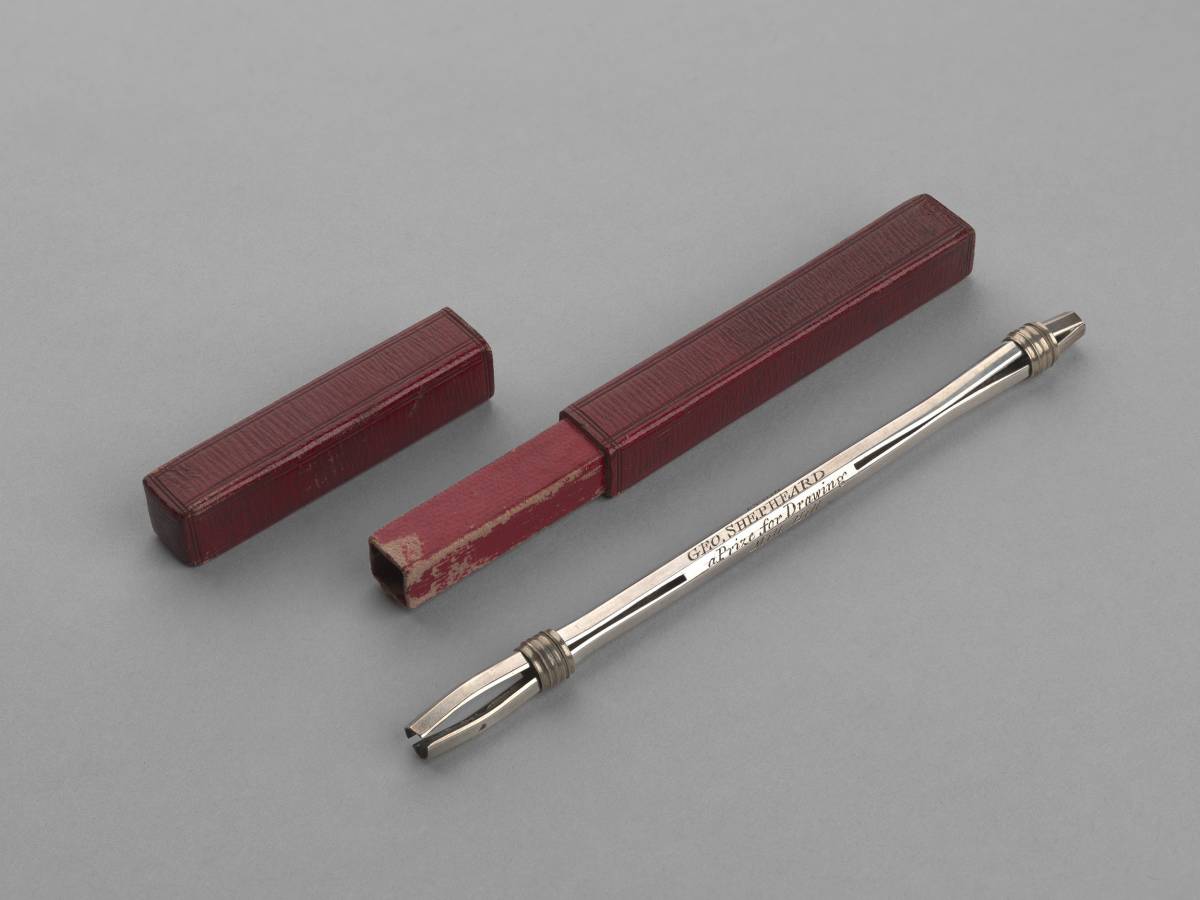 This rare, silver porte-crayon has an inscription recording the fact that it was presented as a ‘prize for drawing’ at Mill Hill school in 1813. The recipient was a young pupil, John Edward Fordham, who came from a prominent Hertfordshire family of non-conformist bankers. Mill Hill had only been established in 1807 by a committee of non-conformist merchants and ministers. George Shepheard was a professional draughtsman and engraver who had been trained at the Royal Academy Schools, he seems likely to have been the drawing master at Mill Hill. The porte-crayon is of standard form, but unusual for being in silver and for having a record of its original ownership.

The porte-crayon was the most popular and versatile drawing instrument from the seventeenth through to the eighteenth centuries. Joshua Reynolds noted: ‘A facility of drawing, like that of playing upon a musical instrument, cannot be acquired but by an infinite number of acts. I need not, therefore, enforce by many words the necessity of continual application; nor tell you that the porte-crayon ought to be for ever in your hands.’ So proclaimed Sir Joshua Reynolds in 1769 in his second discourse to students of the newly founded Royal Academy. What Reynolds proclaimed was not new for there had long been an emphasis on drawing in an artist’s training and practice. To take the case of William Hogarth, he always carried a porte-crayon in his pocket, according to his early biographer, John Ireland.

Reynolds was referring to precisely this kind of porte-crayon, which consists of a single silver tube split at the ends with a sliding ring to grasp the crayon. The ‘crayon’ took the form of a naturally occurring chalk, usually black, white or red. The holder, usually double ended, protected the chalk, as well as the user's fingers, and allowed short lengths to be used. Many artists are shown in portraits with a porte-crayon with a black crayon and almost as many with white, or with black and white.