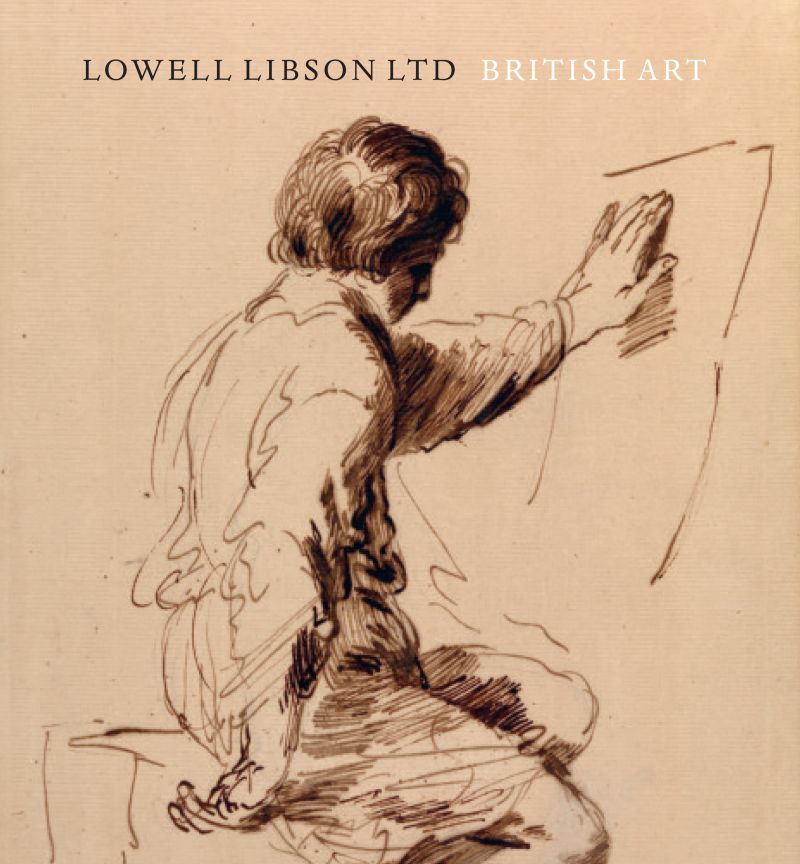 We are excited to publish a new stock catalogue full of some interesting recent acquisitions. The catalogue coincides with our next exhibition at TEFAF New York Fall which opens in the Park Avenue Armory at the end of the month. We are going to be taking some beautiful and rare works. A particular highlight will be the recently rediscovered version of Johan Zoffany’s great masterpiece, Colonel Mordaunt’s Cock Match. As Martin Postle explains in our catalogue, the sketch was recorded being painted in London in 1791 in preparation for Richard Earlom’s mezzotint published the following year. Painted with dazzling virtuosity and remarkable fidelity to the full-sized painting, now in the Tate, this major painting is published for the first time. 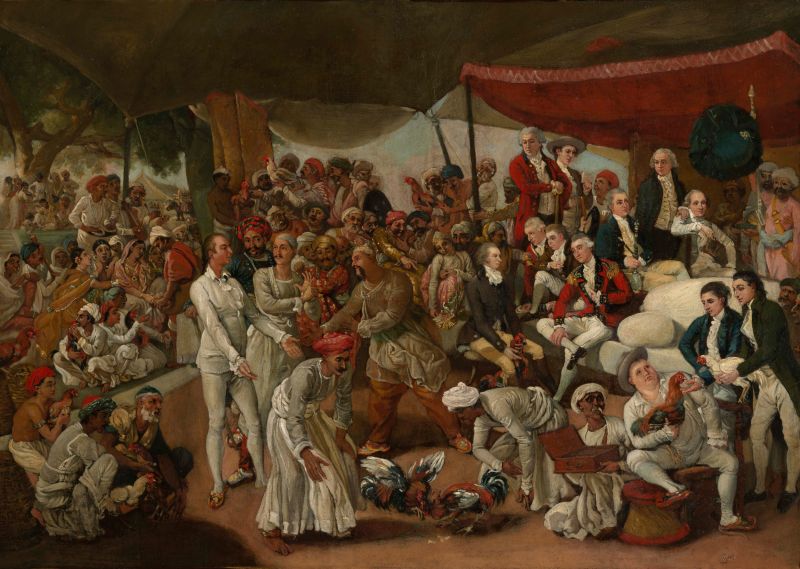 Zoffany travelled to India in March 1783, where he was immediately taken up by the governor, Warren Hastings. The following May, Hastings summoned Zoffany to Lucknow, the capital of Oudh, to paint a portrait of the nawab vizier Asaf ud-Daula. It seemed likely that it was in 1784 that Hastings commissioned Zoffany to produce the remarkable, multi-figural composition depicting a cock match that took place between Asaf ud-Daula and the British soldier, Colonel John Mordaunt. The complex composition that emerged offers a remarkable cross-section of society in Lucknow: at the centre the nawab vizier and Colonel Mordaunt, surrounding them a constellation of figures, recognizable members of East India Company in Lucknow, such as Lieutenant William Golding, John Wombwell, the Company’s Accountant and Paymaster-General at Lucknow and his assistant James Orr; other European denizens of Lucknow, such as Claude Martin and Zoffany himself; members of Asaf ud-Daula’s court, such as his Chief Minister, Hasan Reza Khan and multitude of servants and spectators. The iconography of the painting is rich and complex and susceptible to multiple readings; it was described in the most recent Zoffany exhibition held at the Royal Academy in 2011 as: ‘probably the most remarkable image engendered by the British involvement in India, a provocative work of great visual power, complexity and hybridity that raises significant questions about power relations, race and culture at a critical historical moment.’

As Martin Postle explains in his essay in this catalogue, the history of the painting and the number and authorship of other versions have been the subject of discussion and speculation since its completion. The re-emergence of the present painting, he notes is ‘the missing piece in the jigsaw… [allowing] us for the first time to understand entirely the circumstances surrounding the production of the picture from its inception in 1784 to the publication in England of the mezzotint engraving based upon it in 1792.’ Our painting was mentioned in print in a newspaper account in the Public Advertiser on 11th March 1791. It was almost certainly painted in preparation for the engraving made by Richard Earlom and published by Robert Sayer on 1st May 1792. Earlom was a highly skilled engraver who worked extensively for John Boydell, in 1773 he collaborated with Zoffany producing a hugely successful print of The Royal Academicians. Given the complexity and size of the painting it is unsurprising that Zoffany made a reduced copy as a model for the engraver. Whilst it was more common for artists to use drawings, there is evidence that artists produced same-size oil replicas as guides for engravers. During the 1770s Giovanni Volpato supervised the production of a series of painted copies of Raphael’s frescos in the Vatican stanze in preparation for a series of prints, this was a project Zoffany may well have been aware of during his own visit to Italy in 1772. 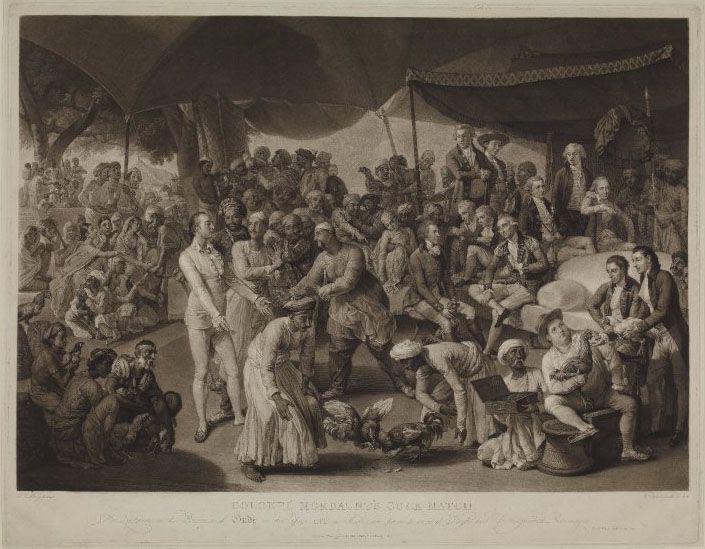 The painting itself is handled with exceptional confidence, there is, throughout, a fluid and painterly assurance which suggests that Zoffany had access to the larger canvas now in the Tate, or an accurate sketch. Despite being under half its size, Zoffany’s reduced version follows the larger canvas faithfully in both compositional details and finish. Most copyists, faced with a complex composition such as this would be tempted to abbreviate certain details for the sake of legibility; Zoffany by contrast is meticulous in relaying for Earlom’s benefit the richness of the larger version. Thus the expression of each of the seated figures from Asaf ud-Daula’s court on the left are clearly and carefully delineated, even the elephant supporting a howdah in the background is carefully painted, whilst the complex group of figures viewed beyond the awning of the cockpen are all present. Zoffany’s distinctive rich palette and buttery application of highlights animate the paint surface, each of the fighting cocks are painted with flashes of rich vermillion to indicate their combs and wattles. Zoffany clearly painted the picture with Earlom in mind, constructing an intense, chromatic version of his composition which would translate as a print.

Preserved in outstanding condition, this remarkably beautiful work is a hugely important addition to Zoffany’s oeuvre. As Martin Postle explains, the painting sheds valuable light on the chronology and history of the Tate canvas, but perhaps more significantly it raises valuable new questions about Zoffany’s relationship with Earlom and Sayer and his remarkable abilities at miniaturisation. As an autograph version of one of the most distinctive, evocative and penetrating images of Empire produced during the eighteenth century, this remarkable work stands as a landmark rediscovery.