Back to Exhibitions Previous Next

‘A facility of drawing, like that of playing upon a musical instrument, cannot be acquired but by an infinite number of acts. I need not, therefore, enforce by many words the necessity of continual application; nor tell you that the porte-crayon ought to be for ever in your hands.’

Joshua Reynolds, Second Discourse, delivered to the Royal Academy in 1769

On the foundation of the Royal Academy, its first President, Joshua Reynolds formulated a series of  lectures designed to lay out a programme of education for the young painter, in the second of these Discourses Reynolds stressed the primacy of drawing, instructing the students gathered to hear him: ‘the porte-crayon ought to be for ever in your hands.’ This injunction to draw may seem a commonplace of art education, but for the audience at the Royal Academy in 1769 it had important implications. Up until this point artists learnt their craft in the studios of established masters, apprenticed, often for up to seven years, they learnt by assisting in a series of progressively more responsible tasks. Painting was the primary preoccupation and drawing, where it was used, was usually confined to the ancillary roles of recording poses or noting details of costume. Reynolds, by contrast, placed drawing at the heart of the new Royal Academy Schools; requiring young artists to complete studies from casts after the antique before they were allowed to draw from the life model. This focus on drawing had a series of profound effects on British art, not least on the generation of painters who, towards the end of the eighteenth century moved from the painting room to work outdoors, en plein air, they did so clutching their ‘porte-crayon’.

This online exhibition examines the way British artists used drawing from 1700 to 1850, looking, in turn, at the use of drawing in the old studio system, the ad hoc emergence of academies and the importance of drawing to the landscape artists of the early nineteenth century. We do not aim to present a comprehensive account, but to shed light on some unexpected elements of this complex story. The exhibition will be available to view in the gallery at 3 Clifford Street from 2nd July to Friday 10th July due to the current restrictions, we recommend that you make an appointment in advance. Please do get in touch if you have any further questions.

From the Restoration most aspiring young artists learnt their craft in the studio of an established painter. Young assistants began by copying prints to learn the rudiments of drawing whilst simultaneously helping in the operation of the studio itself: preparing canvases, painting drapery and costumes and replicating successful compositions. In 1712 Richard Steele observed that portraiture was: ‘no where so well performed as in England…If foreigners have often-times, or even for the most part, excelled our natives, it ought to be imputed to the advantages they have met with here, jointed to their own ingenuity and industry…so that, instead of going to Italy, or elsewhere, one that designs for portrait-painting ought to study in England.’ Steele was referring to the succession of European born painters who had flourishing careers as portraitists in Britain: Van Dyck, Lely, Kneller and Dahl. Despite this national preference for portraiture, we still know surprisingly little about the mechanics of busy portrait studios and, in particular, the role drawings played. This section includes rare costume studies made by Peter Lely made to help settle a pose and aid in the preparation for the finished portrait. A drawing by Kneller offers a rare survival of a life-study made to capture the sitter’s physiognomy before beginning the finished painting. But as most painters applied paint directly to the canvas without making preparatory studies, these drawings are uncommon. More common are the drawings made by assistants to record poses, for example the study by Kneller’s own studio assistant Edward Byng and study by the Venetian painter, Pietro Amigoni. This reminds us of the division of labour that existed in most portrait practices throughout the eighteenth century and the number of personnel involved in a busy studio. 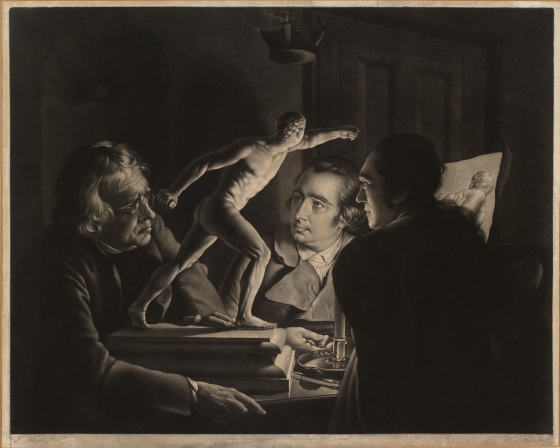 If students learnt to paint in the studio, they could practice their drawing at one of the informal academies which flourished in London. From the Restoration until the middle of the eighteenth century there were periodic attempts by artists, dealers and patrons to establish a successful, lasting art academy. Finally, in 1768, the Royal Academy was finally established and its charter specifically made provision for schools to enable students to draw both from casts after the antique and from the living model. Drawing from casts and models was considered an essential first step for students, enabling them to understand the modelling of light and shade and offering them the opportunity to study the most celebrated examples of human form. Anatomy itself was taught at the Royal Academy and young artists were encouraged to take an interest in the structure of the human body. But most important was drawing from the living model. The pose of the model was set by the visitor, who was elected from amongst the Royal Academicians; this section includes a rare life drawing of the pose set by James Ward when he was visitor at the Academy in 1819. Some models became well known and appear in multiple compositions, the grizzled features of George White, for example, who had first been discovered mending the streets by Joshua Reynolds went on to sit as a model at the Royal Academy. 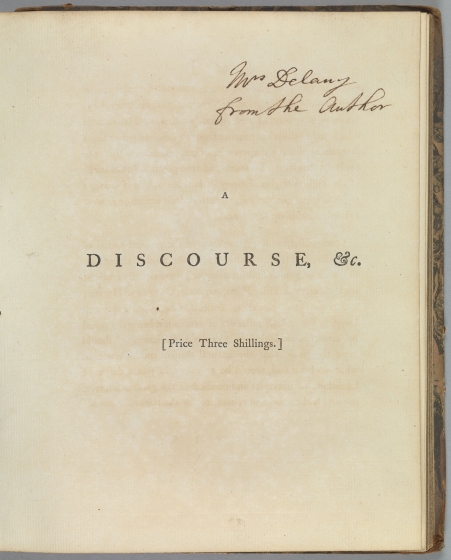 The founding document of the Royal Academy included provision for several professorships – of anatomy, architecture, painting and perspective – each of whom were expected to deliver a series of lectures to the students of the schools. The most famous texts associated with the Royal Academy are the Discourses delivered by its first President, Joshua Reynolds, who set out an ideal programme of study for the young painter. But other Academicians also delivered important lectures, John Flaxman, for example was Professor of Sculpture from 1811 and broadened the range of works discussed to encompass fifteenth-century sculpture, his drawing of a relief by Donatello made to illustrate one of his lectures is included in this section. From its inception, the Royal Academy was inherently collegiate, with Academicians staffing the schools, sitting on the various committees and governing Council. This section includes a number of portraits of academicians by fellow academicians: evidence of the homo-social world of the Academy and of the relationships that could exist across generations, as students celebrated older teachers. 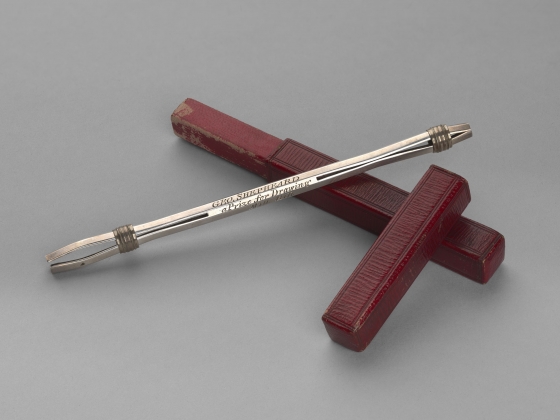 The Royal Academy provided the pedagogic apparatus for the aspiring history painter, offering access to casts and life models. But British artists were increasingly looking to the natural world for inspiration, leaving the studio and academy to draw in the outdoors. Working en plein air became the engine for innovation, both in terms of new mediums and new types of subject-matter. Alexander Cozens spent his professional life as a drawing master and educational theorist and he devised innovative methods for instructing amateur artists in drawing landscape. From 1800 a group of students, including James Ward, began a sketching society which specifically championed drawing in nature. A new generation of painters saw working outdoors as a way of communicating more than topography and landscape painting rapidly became the vehicle for exploring romantic feeling. In this way, it was the informality of drawing and painting outdoors which allowed British artists to explore worlds beyond the academy.